With many avoiding the doctor's office and working from home during the coronavirus pandemic, the number of German workers reporting in sick has fallen to below average levels. 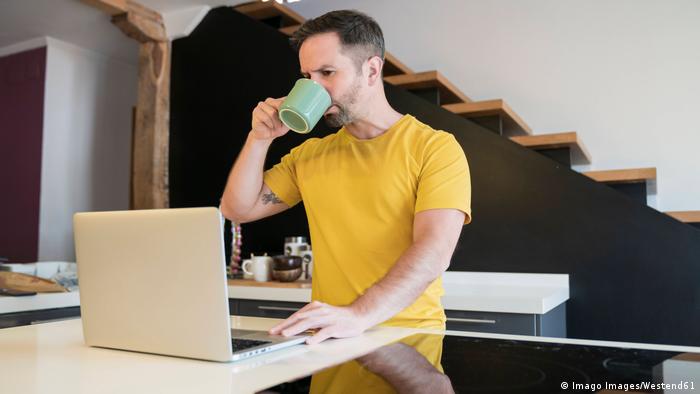 The number of workers in Germany taking sick leave has fallen during the coronavirus pandemic, two public health insurance providers told the Welt am Sonntag newspaper on Sunday.

"During the coronavirus pandemic, fewer employees have reported in sick than in previous years," Martin Litsch, chairman of the Allgemeine Ortskrankenkassen (AOK), said, without giving exact numbers.

Litsch added that the rate at which people took sick leave dropped significantly from May to August, compared to the earlier two years.

No need to call in sick?

A reason for the drop, Litsch said, could be the increasing number of people working from home during the pandemic. More people are also avoiding the doctor's office for fear of catching COVID-19, he noted.

AOK insures more than 24 million people, or roughly one-third of the German population.

"After a record high at the end of March, the number of sick employees insured by TK dropped to a below-average level," TK chairman Jens Baas told Welt am Sonntag.

TK said in March the number of people missing work due to illness had reached the highest level in 20 years.

A recent monthly survey from the German Health Ministry found a much smaller fall in people calling in sick, 4.22% in the first nine months of the year, compared to 4.35% last year. That is the lowest nine-month level since 2017.