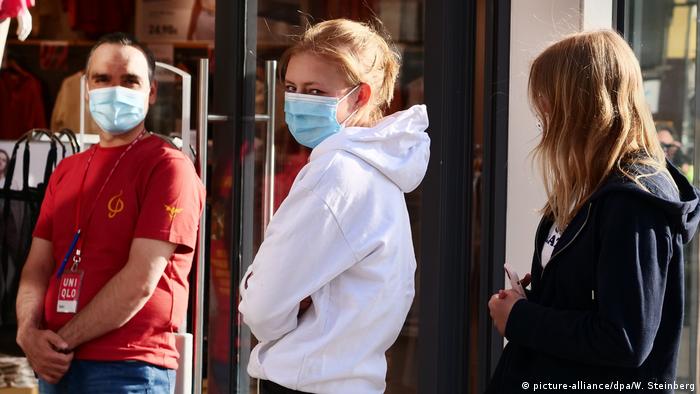 Private households and elderly care homes are responsible for most of Germany's coronavirus transmissions, a study by the Robert Koch Institute (RKI) for infectious diseases has shown.

The study, published on Friday, found that the majority of coronavirus outbreaks in Germany are found in the home, with an outbreak infecting an average of 3.2 people. In these instances, transmission probably only occurred among other family members, the study said.

Nursing homes for the elderly are the second most affected by the pandemic, but the risk of widespread infection is much higher, with an outbreak resulting in an average of almost 19 other infections.

Refugee homes face the highest risk of infections in the case of a COVID-19 outbreak with an average of 21 infections per outbreak recorded — more than anywhere else —  the study found.

"In addition to individual spectacular outbreaks that have become known nationwide, there are transmissions in the family and domestic environment that do not necessarily lead to many secondary cases and only show a few cases per outbreak, but apparently occur very frequently," the study said.

"Living together in elderly or nursing homes often appears to lead to transmission, but infections in the open air are much less common," it added, listing parks and zoos as less likely to result in widespread infections.

Schools in Germany, on the other hand, aren't leading to major outbreaks at present, with only 31 outbreaks and 150 infections, according to the RKI. Only a small number of cases can be traced back to restaurants, hotels and offices.

Most schools in Germany closed ahead of the nationwide lockdown in March. Millions of residents have been working from home since then.

The study noted that outbreaks on public transport such as trains are difficult to determine due to difficulties in tracking the identity of infected persons.

The RKI highlighted that finding the source of infections was not entirely reliable in all recorded cases. Figures are based on only about 27% of all infections that could be assigned to a specific outbreak site.

Cases are rising across the globe, with India reporting a new record and Germany logging the most cases since the end of April. South Korea is struggling to contain an outbreak in and around Seoul.