The social media platform has started purging the site of false information. Elsewhere, the Philippines has recorded its first case of the South African variant. DW has the latest. 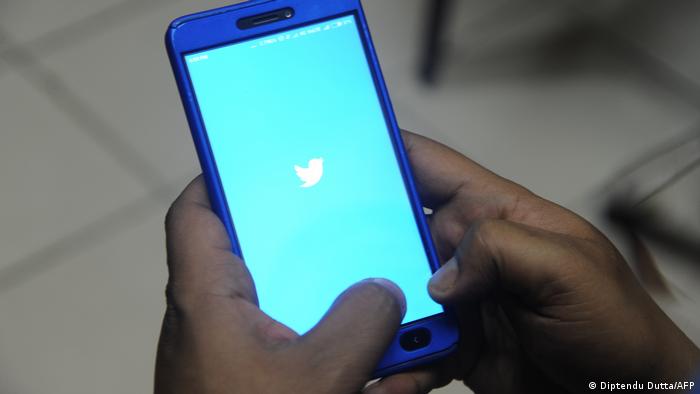 Twitter has started scrubbing COVID-19 vaccine misinformation from its site

It said accounts that repeatedly violated the rules would be subject to a strike system.

The punishment can go from a temporary 12-hour lock after two or three strikes, up to a permanent suspension after five strikes.

Users can appeal blocks if they feel they have been unfairly punished. Twitter said it has removed more than 8,400 tweets and challenged over 11 million accounts since the introduction of its misinformation services.

DW has the overview of other major COVID developments around the world.

The European Medicines Agency has said that it will decide whether to authorize Johnson & Johnson's single-shot coronavirus vaccine for the European Union (EU) on March 11.

"EMA's human medicines committee expected to give its recommendation for COVID-19 vaccine from Janssen on 11 March" at a special meeting, it announced on Twitter.

In the Netherlands, sex workers protested outside parliament in The Hague, demanding to be able to return to work.

"Going to a sex worker has the same risks as going to the hairdressers," one protester told Dutch broadcaster NOS.

Dutch businesses that accept paying guests in breach of the lockdown measures in place
risk a €4,000 ($4,800) fine.

Commuters from the French department of Moselle now have had to submit a negative corona test to enter Germany.

They also have to complete the German government's digital entry form before crossing the border. The requirement affects some 16,000 regular commuters.

France also requires a negative coronavirus test from German border residents who are shopping or visiting friends and relatives; commuters going to work are exempt from the rule. Until now, border crossings of up to 24 hours in both directions had been allowed without any restrictions.

German politicians are planning to extend the lockdown, but to lift some restrictions — particularly in areas with a low incidence of coronavirus cases.

Chancellor Angela Merkel and the heads of Germany's states will hold discussions on Wednesday. However, it's been fairly common in recent months for parts of their plans to be floated in the press ahead of time.

Italy will extend its pandemic travel bans through Easter. That means Italians may not cross the internal borders of the country's 20 regions before April 6, a period that includes Easter.

He and other health experts noted that the more transmissible British strain of the virus now accounts for well over half of the nation's cases.

An analysis of scientific research that was published in online journal BMJ Global Health found just 4% of over 2,000 peer-reviewed articles on COVID-19 were relevant to Africa. In articles related to Africa, just 34% of authors were African, according to the research.

The expected partnership between pharmaceutical giants Merck and rival Johnson & Johnson came to fruition on Tuesday. The cooperation between the two companies has been lauded by US President Joe Biden, who compared the partnership to the spirit of national cooperation during World War II.

"We're now on track to have enough vaccine supply for every adult in America by the end of May," Biden said.

The White House said Merck would devote two plants to the task — one producing the vaccine and the other inserting the vaccine into vials, ensuring strict quality control.

The US state of Texas is lifting its mask mandate, Gov. Greg Abbott said Tuesday, making it the largest state to end an order intended to prevent the spread of the coronavirus. So far over 2.6 million Texans have been infected and more than 42,000 have been killed by the virus -- the third worst death toll in the US.

The Republican governor faced sharp criticism from within his own party over the mandate, which was imposed eight months ago, among other COVID-19 restrictions. It was only ever lightly enforced, even during the worst outbreaks of the pandemic.

Texas will also do away with limits on the number of diners that businesses can serve indoors, said Abbott, who made the announcement from inside a crowded restaurant in Lubbock. He said the new rules would take effect March 10.

Colombia accepted its first delivery of vaccines from the international Covax initiative on Monday, bringing in 117,000 doses. President Ivan Duque said it was a "very important milestone."

South Korea was drafting an extra budget of 15 trillion won ($13.38 billion, €11.12 billion) to support small businesses against restrictions in place due to the pandemic. It is set to worsen the debt-to-GDP ratio by 48.2% in 2021.

Top Chinese epidemiologist Wu Zunyou said all travel restrictions between China and the US should be lifted if the US achieves herd immunity with 90% vaccination rates. He said the US could reach that mark by August.

The Philippines recorded its first cases of the South African variant on Tuesday. Three of the five confirmed cases were detected locally.

Chinese health experts said the country plans to inoculate 40% of the country by June. It's the first target that China has offered since it began its mass immunization program in December.