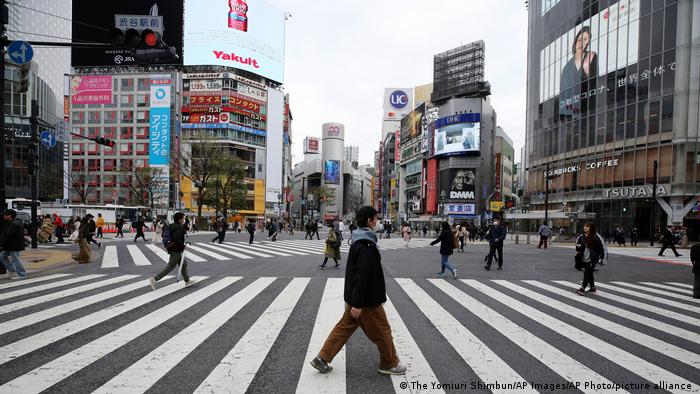 The state of emergency has been extended in 10 prefectures in Japan, including in the capital Tokyo

The extension will apply to 10 of the 11 areas currently under the measure, including capital city Tokyo. The pandemic-postponed Olympic Games opens in the city in less than six months' time.

Measures had been due to end in the prefectures on February 7.

The state of emergency will not be extended in Tochigi, north of the capital, where cases are judged to have dropped sufficiently.

"In prefectures where the virus situation improves, we will gradually lift the state of emergency, without having to wait for March 7th," Suga said.

Japan's virus state of emergency is significantly looser than lockdowns elsewhere in the world. It largely calls for more people to work from home and for bars and restaurants to shut from 8 p.m.

The extension was widely expected.

Despite the extension of the measures for Tokyo, the Olympics 2020 President Yoshiro Mori said the Games would go ahead "however the coronavirus [pandemic] evolves."

"We must go beyond discussion about whether we will hold it or not. It's about how we will do it. Let's think about a new kind of Olympics on this occasion," he said.

An overview of coronavirus news around the world follows.

The same, "concerning" change seen in the South African and Brazilian coronavirus variants, known as the E484K mutation, has occurred spontaneously in the UK.

The mutation has occurred in the already more contagious UK B.1.1.7 variant, Calum Semple, a member of the Scientific Advisory Group for Emergencies, said on public broadcaster BBC radio.

The mutation in the South African and Brazilian variants has sparked concerns about vaccine effectiveness.

Meanwhile, authorities in England began a door-to-door mass testing drive targeting 80,000 people living in areas where cases of the highly infectious B.1.1.7 variant have been found.

UK's "Captain Tom", a World War II veteran, has died due to the coronavirus. At 100 years old, Tom Moore became famous worldwide when he decided to raise 1,000 pounds (€1,140 $1,365) for the country’s health workers. He pledged to do so by walking 100 laps in his backyard.  Announcing his death, Moore's family said the last year of the centenarian's life was "nothing short of remarkable."

French Prime Minister Jean Castex has announced that the country has no plans to reopen ski lifts in winter resorts, at least for all of February.

"The hygiene situation does not allow the reopening of the ski lifts in our ski resorts," Castex tweeted after meeting representatives from the industry.

Ski resorts across Europe on lockdown

Ski resorts across Europe on lockdown

Austria is toughening entry requirements to prevent the spread of contagious coronavirus variants.

Under the new rules, cross-border commuters will have to take weekly tests. They will also have to register under a "pre-travel clearance system," the Austria Press Agency reported.

New arrivals will no longer be able to cut their 10-day quarantine short by testing negative.

The German government wants to extendthe national coronavirus state of emergencyuntil at least June, according to reports in German newspaper Handelsblatt.

The special measures are currently set run out at the end of March.

But they should be extended due to the "epidemic situation of national significance," the Handelsblatt reported, citing Health Minister Jens Spahn.

The main purpose of a state emergency in Germany is to secure the government's ability to act in a crisis. That means the declaration expands executive powers and restricts the powers of the parliament,

The number of confirmed coronavirus cases in Germany has increased by 6,114 and 861 people have died in the past 24 hours, according to data from the Robert Koch Institute (RKI) for infectious diseases.

Russia's Sputnik V vaccine is 91.6% effective against symptomatic Covid-19, according to results published in The Lancet on Tuesday.

Sputnik V was approved in Russia months before results from its final-stage clinical trials were published, leading to skepticism from experts.

Germany's Federal Health Minister Jens Spahn recently hinted that coronavirus vaccines from China and Russiacould be used in Europe to overcome the current deficit of doses.

Going to the movies during lockdown

Coronavirus: Going to the movies while sheltering in place

Residents near the Australian city of Perth have been forced to leave their homes during a coronavirus-induced lockdown due to a massive wildfire.

Hundreds of residents sought shelter in evacuation centers, except in areas where it became too dangerous to leave their homes. It's estimated so far over 50 houses have been destroyed in the blaze.

Roads out of some Perth suburbs were lined with cars as people attempted to leave, amid confusion about where to go during the COVID-19 lockdown. 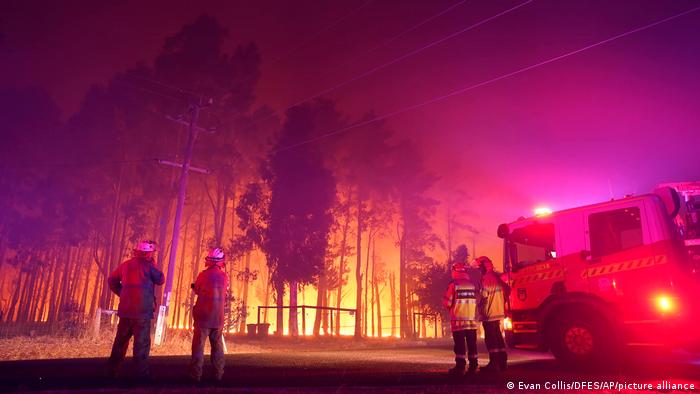 The World Health Organization team of experts, probing the origins of COVID-19, have visited an animal disease control center in Wuhan — the Chinese city where the first cases were reported.

China has reported its lowest new infections in a month with 30 cases reported in the mainland, down from 42 a day earlier, according to official figures. Of these, 18 cases originated overseas, higher than the number of locally transmitted cases for the first time in about a month.

Pakistan has launched its coronavirus vaccination drive. A doctor in the country’s capital, Islamabad, was the first to receive the vaccine with Prime Minister Imran Khan present at the vaccination site. While Pakistan has been hit hard by the pandemic, the number of coronavirus cases has recently plummeted. The country has registered nearly 550,000 cases and 11,746 deaths.

The United States will not conduct immigration enforcement arrests at vaccination sites across the country, the Department of Homeland Security has announced. The sites have been deemed "sensitive locations" that will not be targeted by Immigration and Customs Enforcement agents except under "extraordinary circumstances."

The statement is aimed at encouraging everyone, "regardless of immigration status," to get vaccinated when they find themselves eligible. In the past, health care facilities and churches were among some sensitive locations where arrests would not be carried out.

The EU's vaccine rollout has come under fire for its slow pace amid production shortages. BioNTech-Pfizer has now promised to supply around 2 billion total doses, up from a previous 1.3 billion, by the end of 2021.