The EU's vaccine rollout has come under fire for its slow pace amid production shortages. BioNTech-Pfizer has now promised to supply around 2 billion total doses, up from a previous 1.3 billion, by the end of 2021. 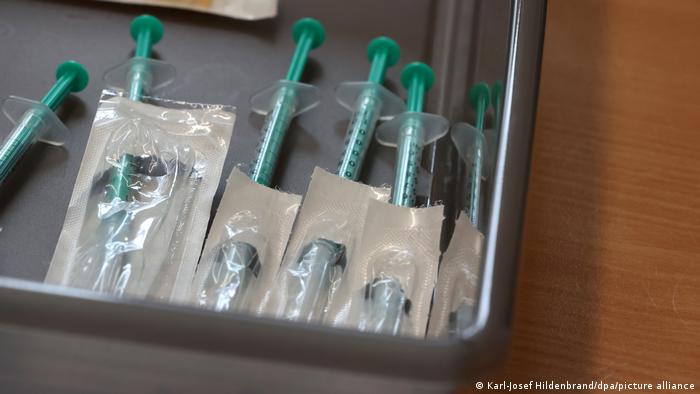 BioNtech-Pfizer has promised to deliver up to 75 million more coronavirus vaccine doses to the EU in the second quarter of 2021, the company's head Sierk Poetting said in a statement on Monday.

This has led to vaccination rates in EU countries to be well behind those in other places around the world, including Israel, the United States and Britain.

German firm BioNTech and US company Pfizer will increase production with a new facility set to open in the central German city of Marburg in February. It will have the capacity to produce 750 million vaccine doses each year.

In total, BioNTech-Pfizer plans to manufacture around 2 billion doses of the vaccine against COVID-19 by the end of 2021 for the EU. This is up from the initially planned 1.3 billion.

Pharmaceutical company AstraZeneca, meanwhile, has agreed to supply 9 million additional doses of its vaccine to the European Union during the first quarter, the bloc's executive arm said Sunday.

The announcement from BioNTech-Pfizer came shortly ahead of a planned meeting between German Chancellor Angela Merkel and the 16 state premiers to discuss improvements to the country's vaccination program.

"Vaccine production is the most challenging thing there is," he said.

Meanwhile, Berlin Mayor Michael Müller wrote a letter to Merkel, calling for a "national vaccination plan." If all people in Germany are to be offered vaccinations by the end of September, he said a concrete plan will be necessary.