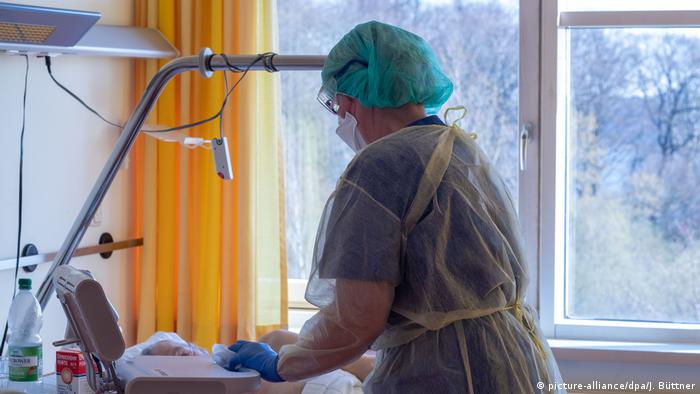 "It was reminiscent of being on call around the clock," 27-year-old nurse Jan says of his work at a hospital in western Germany.

He was supposed to work no more than 10 night shifts each month, but his phone would ring far more frequently because of staff shortages. He realized something was really wrong when, after a run of six consecutive nights, he forgot his mother's birthday.

"That's when I thought that I'll never manage 30 years of this — probably not even 10."

Jan then switched to a nominally part-time position, but still the overtime kept piling up. Six months ago, he quit altogether.

Read more: What do futurists imagine for post-coronavirus world?

Jan is now one of the many trained, young former staff that won't be helping Germany's health care system tackle the coronavirus.

Officially, the country was short 40,000 nurses according to the most recent numbers from the Labor Ministry for 2018, but the real tally is believed to be far higher. Many employers aren't even posting vacancies at job centers because they tend to receive so few applications.

As a Twitter lobby account with a handle that translates as "more hospital staff" put it recently, quoting a nurse in Berlin: "I am glad, but clapping doesn't help. And it's not just about the nurses, but also the cleaning staff, the therapists, and everyone else who keeps our operation running. We are all systemically relevant, and not just during the COVID-19 emergency."

Germans have become accustomed to nursing shortages. But the coronavirus pandemic has thrown the spotlight back on the issue. It is of course one of the jobs deemed "systemically relevant" by the government, meaning their work should continue amid the public coronavirus restrictions.

"Sure, they are calling us systemically relevant now, but that was always the case," says Nora Wehrstedt. She is 29 and works as a nurse in a clinic in Braunschweig, south of Hamburg. "I do think it's nice that people are clapping for us, but that doesn't pay our rent." 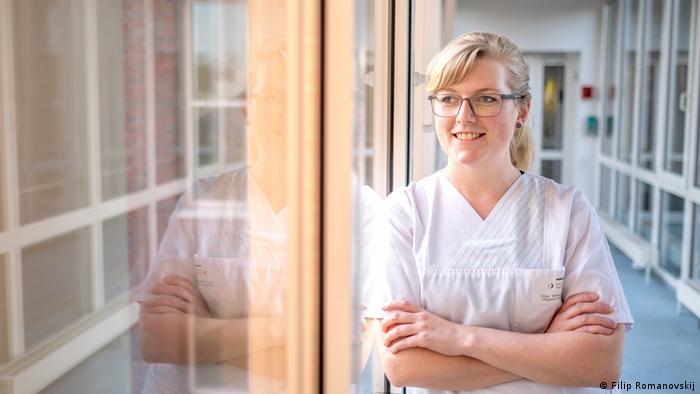 "Public appreciation and recognition are important, but we will really need them when we are fighting for better pay and conditions," Wehrstedt says. That is a long-running battle, even if the carers have less time for it right now.

Instead, more immediate concerns like shortages in protective equipment, for instance masks, are the order of the day.

"Unless we take action to strengthen our nursing personnel situation now, then even more colleagues are likely to leave the profession after the pandemic," Wehrstedt warns. Staff do notice things like shortages of protective clothing, after all.

Read more: Doctors deal with the stress of the COVID-19 crisis

An online petition aimed at German Health Minister Jens Spahn picked up serious traction in March. It was calling for more protection and a pay raise for nursing staff; 350,000 people had signed by the end of the month. It hasn't had any legal consequences as yet but demonstrates increased public sympathy for the situation.

"We do notice that the public view of us has changed," says Berlin nurse Yvonne Falckner, one of the co-founders of the petition. "People are telling us: 'Be more demanding, you have a right to decent pay and protection.'"

The Health Ministry says it has delivered an additional 20 million masks and 15 million pairs of gloves in the meantime. In Germany's new emergency budget, €3 billion (around $3.3 billion) was set aside for the procurement of gear for the medical profession.

The nursing profession is stuck in a vicious cycle: because of staff shortages, those in the job are overburdened. When they then quit, the problem intensifies further.

"Many trainees quit in the very first year, as soon as they experience the working conditions," says Johanna Knüppel, spokeswoman for a German nursing staff association.

Personnel shortages have only grown in recent years. A recent survey by the German hospitals institute found that while 36% of hospitals had nursing shortages in 2011, it had risen to 78% by 2019. Almost every large hospital with more than 600 beds registered problems filling the duty roster. 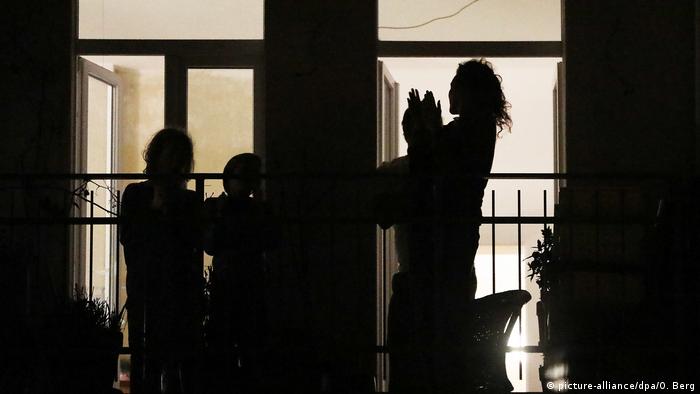 Nursing organizations are hoping that the crisis will aid their campaign for improved pay. Lower Saxony's board of nursing called a mooted minimum hourly wage of €15 "a joke," calling for a guaranteed monthly salary of €4,000 before tax instead. According to the German government's statistics body, trained nurses in German hospitals currently average a monthly salary of €3,502 (almost exactly the same as the national GDP per capita, that is a far higher average remuneration than in the UK, but also considerably lower than in France or the US), while carers in homes for the elderly average around €3,116 per month.

The political needle seems to be moving on this issue, too. National Labor Minister Hubertus Heil called the new pay proposals too low on a talk show recently, and called instead for collective bargaining agreements for all nursing staff.

"It would be appropriate, during this ongoing crisis, to negotiate a pay raise that would then apply for this sector in the long term," Karl Lauterbach, the health policy spokesman for the Social Democrats, told DW. "That might also lure back some of the carers who have left the profession."

He thinks it is the right time to discuss this, saying that nobody is likely to remember after the crisis, when other major economic fallout can be expected.

Nurse Yvonne Falckner also rejects the argument that now is not the time for nurses to fight for better pay. "Trying to fob us off with promises of later doesn't achieve anything. When exactly is this 'later'?"

Skeptical, because of experience

"People are clapping from their balconies now because they are scared about getting sick themselves. And then they see that others are facing down that risk to care for others in the clinics," Thiessen says. "Now they are getting support and perhaps this tax-free bonus, but if their working conditions don't change for the better after all this, it would be a slap in the face."

Nurse Wehrstedt has also noticed a change in the public mood: "In the past, carers were often not valued, their work was reduced to clearing up excrement, serving food or washing patients," she says. Now that perception is changing, but Wehrstedt says nurses are skeptical from experience when it comes to the prospect of lasting change.

"A great deal has been promised to us in the past already — very little of it was delivered."