President Jair Bolsonaro has refused to take the coronavirus pandemic seriously, even though more than 17,500 Brazilians have already died from the virus. And the number of cases continues to grow exponentially. 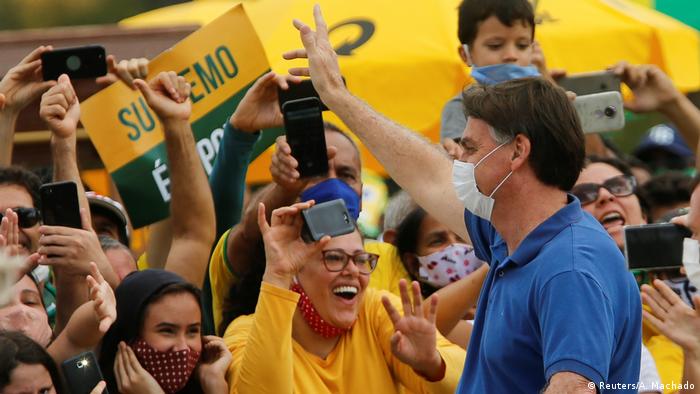 This past weekend scores of young revelers were out and about in Rio de Janeiro, enjoying the nightlife and gathering for beers along the city's famous beach promenades. No one was wearing the obligatory face mask. After two months of widespread lockdown measures, residents of the city's more affluent neighborhoods were happy to be out of the house, apparently unconcerned about the ongoing COVID-19 pandemic.

But in the city's poor neighborhoods, where the coronavirus has been spreading rapidly, people are frightened. A shop clerk who delivers groceries to quarantined locals by bike hopes wearing a mask and washing his hands with disinfectant will keep him safe. His wife, who ordinarily works as a cleaner for wealthy Rio families, has been staying home out of fear of contracting the virus. The couple can barely make ends meet.

As of May 19 Brazil had recorded the world's third-highest number of COVID-19 infections, with more than 262,000 confirmed cases and at least 17,500 deaths attributed to the pandemic, according to official figures collected by Johns Hopkins University.

But health experts believe that, due to a lack of testing, the real number of infections is likely 15 times higher. They also suspect that at least twice as many people have died from the virus; with state hospitals at overcapacity, an increasing number of COVID-19 victims are dying in their homes.

The number of coronavirus cases is growing exponentially, and footage of mass graves in the cities of Manaus and Sao Paulo have gone around the world. Yet despite this escalating public health crisis, President Jair Bolsonaro appears unconcerned. 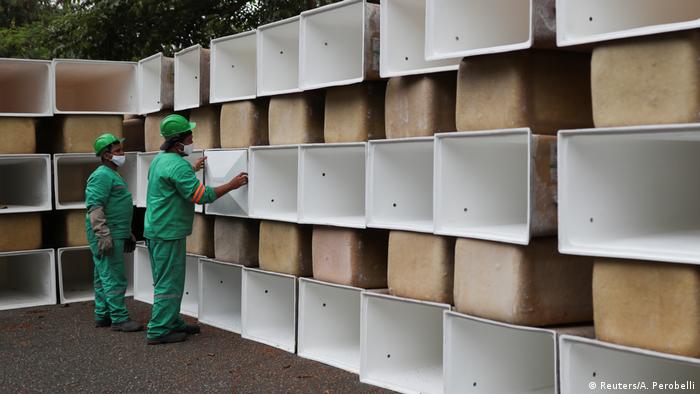 Nothing more than a 'little flu'

Bolsonaro has downplayed COVID-19 as nothing more than a "little flu," and accused China of stoking hysteria. He believes the pandemic has been orchestrated exclusively to harm him and US President Donald Trump. To show that he wasn't worried, Bolsonaro and his delegation made an official visit to meet with Trump in early March. But after returning from his trip to Florida, more than 20 of Bolsonaro's aides tested positive for COVID-19 — a public relations disaster for the president.

Bolsonaro, a former paratrooper and athlete, has been ignoring health advice issued by the World Health Organization and his very own health authorities to practice physical distancing. He has made a point of shaking the hands of supporters and taking selfies with them, as they gather outside the presidential palace each Sunday to call for an end to coronavirus restrictions. Bolsonaro has publicly stated that with his "history as an athlete," he would only suffer light symptoms from a SARS-CoV-2 infection.

Anti-lockdown protests in Brazil, Germany and US

Confronted with the latest COVID-19 death toll in late April, Bolsonaro — middle name Messias — told reporters: "My name's Messiah, but I can't work miracles." And yet, he has called on Brazilians to pray for divine intervention to help save them from the virus.

Echoing his US counterpart, Bolsonaro has also stipulated that chloroquine, a drug used to prevent and treat malaria, be used to treat COVID-19 patients. Accordingly, he ordered the armed forces laboratories to produce vast quantities of the drug.

Luiz Henrique Mandetta, Brazil's former health minister, rejected the president's support of chloroquine — and was dismissed in April. Mandetta's successor Nelson Teich, an oncologist by training, also refused to recommend the drug for COVID-19 cases and resigned after just 28 days in office. 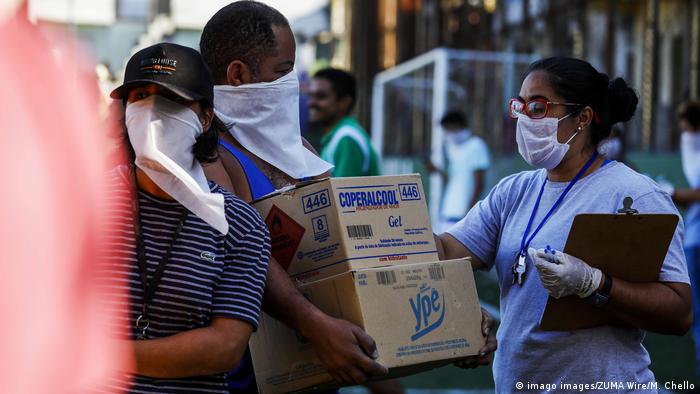 There has been no evidence to suggest that chloroquine is effective in treating COVID-19. In April, Brazilian scientists ended a study of chloroquine after heart rhythm problems developed in about a quarter of people taking the higher of two doses being tested.

Some doctors fear that hundreds of Brazilians have died in recent weeks from taking the drug at home without medical supervision. Yet despite this sobering news, Brazil's Health Ministry — under interim health chief General Eduardo Pazuello — plans to officially declare chloroquine as the preferred drug for treating the virus.

Mandetta and Teich drew the president's ire for endorsing physical distancing orders made by Brazilian governors and mayors. Bolsonaro, who wants life and the economy to return to normal as quickly as possible, has said local officials will be solely to blame for the spike in unemployment figures.

In Brazil's major cities, Bolsonaro supporters have staged motorcades to show their support for the president, railing against state governors and mayors who have told all non-essential shopping centers and shops to close.

As some regions struggle with hospitals at maximum capacity, local governments have resorted to drastic measures. Authorities in certain parts of Rio de Janeiro have enforced local lockdowns, and the country's most populous state, Sao Paulo — which has exceeded China's death toll — is poised to go on lockdown as well. The situation is even more extreme in the country's north and northeast. Hospitals in major cities like Belem, Manaus and Fortaleza don't have enough beds to treat coronavirus patients.

Acting on the urgent request of Brazil's Congress, Bolsonaro's government has now approved financial aid for informal laborers and single mothers. About 50 million people, essentially one in four Brazilians, are eligible. Thousands of people have already applied for the money, leading to chaotic scenes and long lines outside banks ahead of the first payout — and probably resulting in many new infections.

Brazil's Supreme Court has approved an investigation into whether President Bolsonaro meddled with federal police to protect allies. The results could trigger a dramatic chain of events that hinge largely on one person. (29.04.2020)