Activists and protesters have assembled outside the COP26 venue in Glasgow

Monday was a typical day at the  COP26 climate conference in Glasgow, Scotland. Hundreds of journalists jostled for space in the large hall, as former US President Barack Obama gave his speech. It seemed like this could be a pivotal moment in the meeting of around 190 countries.

But Obama did not go much further than making an appeal to not forget about countries in the Global South.

"The world has to move — and now," he proclaimed. Greenpeace: 'A lot of hot air'

The COP26 has already seen many announcements, promises and reminders. But in reality, there has been little movement at the core of the conference: its arduous climate negotiations.

Just over a week ago at the beginning of the conference, major heads of state and government, including US President Joe Biden and German Chancellor Angela Merkel, spoke in Glasgow. And under the leadership of Britain as COP president, states agreed a slew of promises. One such pledge is to completely drop coal as an energy source between 2030 and 2050 at the latest.

"The end of coal power is now within sight," declared COP26 president Alok Sharma on Wednesday after a coalition of 190 countries, regions and organizations agreed to phase out coal energy. But it later emerged that far fewer countries were on the list than previously thought.

Some environmental activists were critical.

"I think this is a bit dangerous because quite a lot of hot air has been produced in the process," Jennifer Morgan, Executive Director of environment group Greenpeace International, told DW. "The British presidency is trying to sell this as a great success." 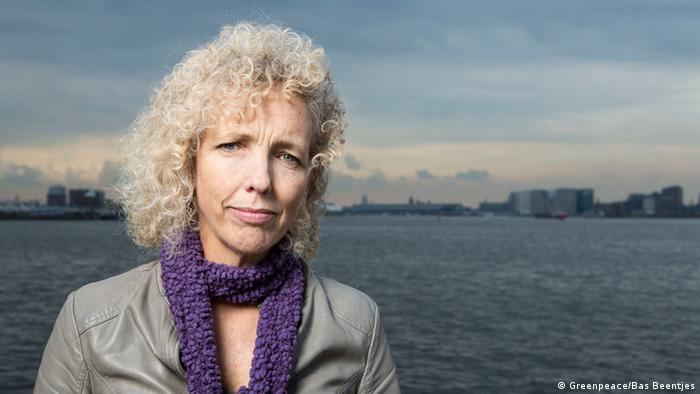 'The coal phase-out is a big signal'

But others reacted positively to the coal pledge.

"I find this surprisingly encouraging. From the G20 group, which met right before the climate summit, there have been clear signals that there is now more willingness to phase out coal," Klaus Milke from German environment NGO Germanwatch told DW.

"This goes for industrialized countries by 2030, and the major emerging economies by 2040. And that could turn into a major signal here from the climate summit in Glasgow," he added.

Some 100 countries also agreed deals to stop deforestation and cut methane emissions by 30% by 2030. Methane is a potent greenhouse gas, although its life span in the atmosphere is short compared to other greenhouse gases.

Meanwhile, as the second week of the climate conference gets underway, negotiators from some 190 countries are discussing the nitty-gritty of actual climate resolutions. German State Secretary at the Ministry for Environment Jochen Flasbarth told DW there is a lot to like about many of the first week's pledges, including steel industry cooperation, forest protection and methane reduction.

"I think that's all good. It's not a substitute for negotiations, but it means we're now in a pretty good position. And it will change the reality for many countries," said Flasbarth.

The outstanding issues that states have to settle by Friday date back to then much-acclaimed 2015 Paris Agreement. Under the accord, countries vowed to keep global average temperature rise under 1.5 degrees Celsius (2.7 Fahrenheit), but left open important details on how this would be achieved.

In the years since Paris, all signatories have set their own climate goals for how much greenhouse gas should be cut by 2030. But because the goals are very different, it's difficult to compare and to see who is keeping up their end of the bargain. One of the questions is how they can be made transparent and reliable in the future. In any case, all the targets are in need of improvement. The promises made back in Paris are not good enough to meet 1.5-degree limit.

Many developing countries are also unhappy with the lack of movement on climate financing commitments. Even before the conference, it was clear that a previous pledge to raise $100 billion (€86 billion) a year by 2020 for climate change adaptation in the Global South was falling short. Now countries are promising to raise the money by 2023.

Plans outlining how states should cooperate on climate protection in the future are also highly complex. For instance, who will be able to take credit for greenhouse gas reductions achieved, for example, by a forest project in the Global South? The rich country in the north providing funding? Or the low-income country where the new forest is being established? Will there even be double counting, as many environmental groups fear?

All of these issues that are at the very core of the COP26 climate negotiations are unresolved. And it remains to be seen whether any concrete agreements will be reached.

"One is the world of press statements from the British government," he said. These statements suggest that "all is well and we have all but defeated the climate crisis.'" But there is another world "outside that PR bubble," Adow adds. He describes this as "the climate in cold hard facts."

The head of the Greenpeace delegation in Glasgow, Pablo Osornio, drew attention to the use of phrasing in the conference's texts.

"It is beyond me that in the 26 years that climate conferences have been around, the phrase fossil energy sources has never appeared in the texts," said Osornio.

"It's like writing a book about losing weight but not talking about food in it," he added.

States could still make up for that omission by Friday. Starting Thursday, environment ministers from the 190 nations present will weigh in on the negotiations.

The second week of the UN climate summit has kicked off with an appearance by the former US President. He praised the "important work" being done in Glasgow, but his message was clear: world leaders need to do a lot more to address the climate crisis.

World leaders have pledged to reduce methane emissions and decrease deforestation on the second day of the UN climate conference in Glasgow. Professor Mojib Latif, one of Germany's leading climate specialists, tells Brent Goff on The Day he was "expecting much more" in commitments from leading nations at the conference.

As the UN climate summit COP26 in Glasgow comes to a close, negotiators are scrambling to find common ground. Based on what we know so far, has this year's conference been all blah blah blah? Four voices from Glasgow.