Thousands of people have protested in Bonn, where the UN Climate Conference is taking place, demanding Germany immediately phase out its use of coal. 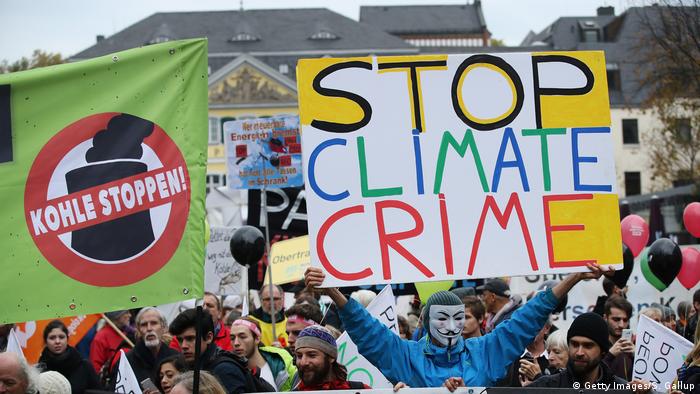 Carrying colorful banners with slogans that read "Revolution, not pollution," "Climate or coal chancellor?" and "Frack off our land," participants in Saturday's anti-coal march in Bonn criticized the German government's reliance on coal-fired power plants for the country's energy.

The former West German capital of Bonn is set to host the two-week climate conference, known as COP23, starting on Monday.

Demonstrators also highlighted the irony that this year's conference is being held 50 kilometers (31 miles) from Europe’s biggest source of CO2 emissions: the large open-cast mines near Cologne.

Protesters sent a "clear signal" to the German government to boost the pace of climate protection, said Sabine Minninger from the nonprofit organization Brot für die Welt (Bread for the World), one of the NGOs which organized the demonstration.

Experts warn Germany is on course to miss its 2020 climate target spectacularly if it does not phase out coal soon. This, they say, will further risk the country's reputation as a leader in the global fight against climate change. 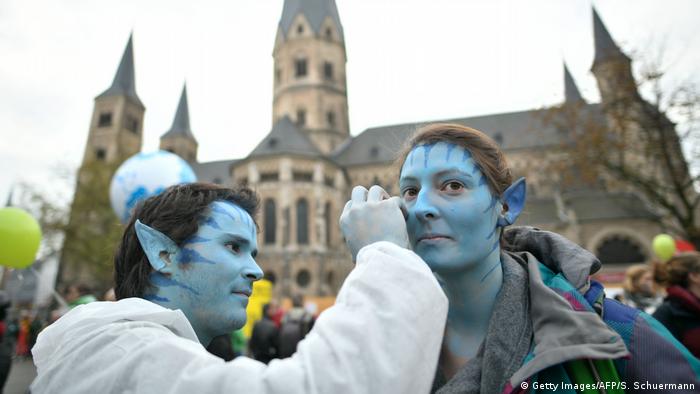 "Coal has no future. The world is moving away from it; Germany has to follow suit. Otherwise we will neither be a role model nor adhere to our international commitments," Eberhard Brandes from WWF Germany told DW.

Almost a fifth of the European Union's CO2 emissions comes from coal power plants. Germany and Poland alone are responsible for half of it.

Despite Germany's attempt to transition away from coal, 77 coal power plants remain on the grid – more than in any other country in Europe. 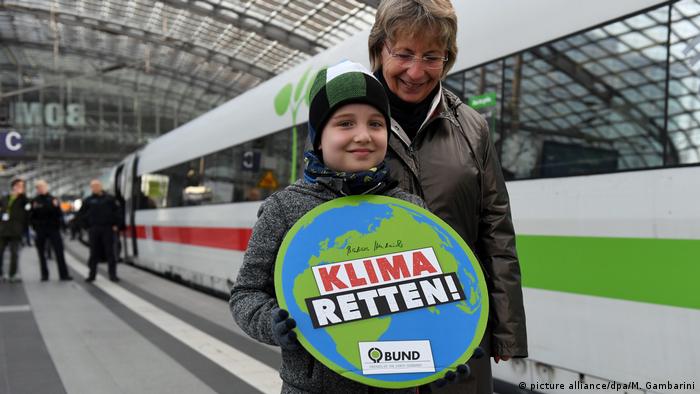 From Berlin, a special 'climate' train brought guests to Bonn

While Italy, France, Finland and the Netherlands have recently announced their willingness to phase out the use of coal, the German government is still debating the way forward.

Environmentalists hope that political parties thrust by September's federal election into negotiating the next coalition government in Berlin will drop coal and instead commit to sustainable sources such as wind and solar power.

The chairman of Germany's version of Friends of the Earth, the Bund für Umwelt- und Naturschutz Deutschland (BUND), Hubert Weiger, told those gathered in Bonn that Germany must renounce its 150-year industrial extraction of the fossil fuel if it is to meet its share of the UN's climate rescue targets set in Paris in 2015.

Additionally, some 1,000 cyclists rode from Cologne, some 30 kilometers (18 miles) away, to Bonn to underscore the need to renounce fossil-fuel motoring.

"We want to show that it's also possible with a bicycle," one of the activists on wheels told DW. 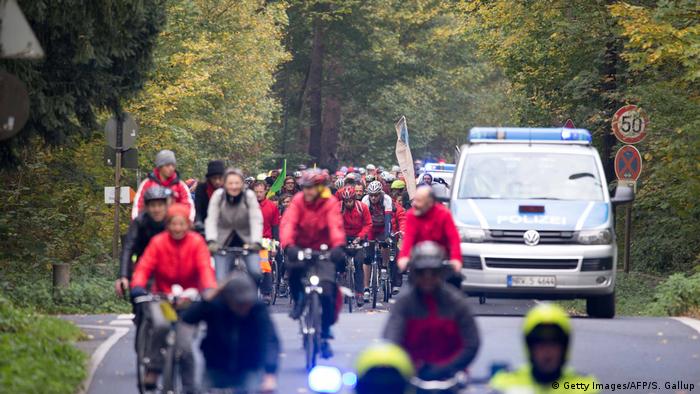 "We probably won't be able to go entirely without cars, and even with electric vehicles we need to change our behavior and take our bikes for short distances instead of a car."

Saturday's demonstration was the first of several expected in Bonn over the next two weeks.

Some 23,000 governmental and nongovernmental delegates from 197 countries, chaired by the Pacific nation of Fiji, will focus on ways to implement the Paris target of restraining climate warming to 1.5 degrees Celsius (2.7 degrees Fahrenheit).

Germany's Greens have said the 20 dirtiest coal-fired power plants must be shut if they form coalition with Merkel. Polls indicate the Greens could be part of a three party coalition. (11.09.2017)

Existing national goals will only meet one-third of the Paris climate target, according to a UN report. The study comes less than a week before the world climate conference kicks off in Bonn. (31.10.2017)