Controversy ahead of pro-Erdogan rally in Cologne | Germany | News and in-depth reporting from Berlin and beyond | DW | 27.07.2016

Controversy ahead of pro-Erdogan rally in Cologne

The German city of Cologne is bracing for a major demonstration Sunday in support of Turkey's president, as well as anti-Erdogan protests. The rallies come in the wake of the failed military coup in Turkey. 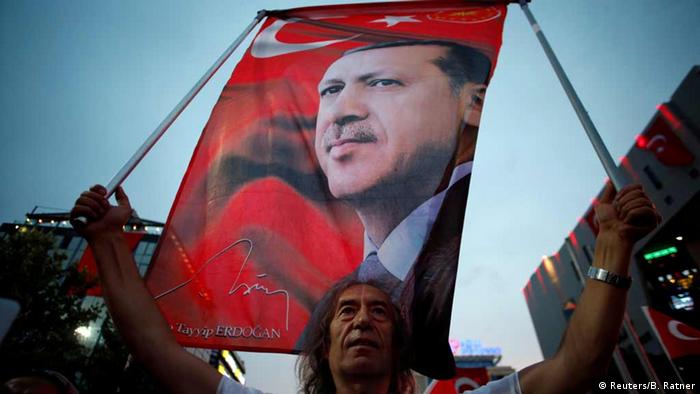 "Why is this demonstration being permitted?" reads a headline on the Cologne police website.

That's a question quite a few citizens are asking these days with regard to a huge protest called by the Union of European-Turkish Democrats (UETD) - supporters of Turkish President Recep Tayyip Erdogan - as well as a flurry of smaller rival anti-Erdogan demonstrations, at least five in all.

In our democracy, everyone has the right to gather peacefully and without weapons, the Cologne police statement explains. "Practicing this basic right isn't linked to political contents or certain ideologies."

It's not up to the police to approve or authorize demonstrations, the statement continues, but to ensure that people can exercise their right of assembly. Banning a protest is only an option in exceptional cases.

Concerning the rally planned for July 31 on the site of the city's Deutzer Wharf, the police warn that no one can predict how a protest will go, but that they are prepared to take action against any kind of violence.

About 2,000 police from all over the country will be securing the area on Sunday, including officers who speak Turkish and can intervene if necessary. Some 15,000 protesters are expected to turn up for the rallies.

Germany is home to about three million Turks or people of Turkish origin. Ahead of the Turkish presidential vote in 2014, tens of thousands rallied for Erdogan at his pre-election visit to Germany.

Cologne citizens have meanwhile been urging the city to "stop this lunacy." Letters to the editor in the local "Kölner Stadt-Anzeiger" newspaper on Wednesday voiced fears that the freedom of assembly is being misused, and outrage that "a demonstration for dictator Erdogan is being allowed to go ahead - a man who made sure that in Turkey, the judiciary will only do his bidding." Some readers are aghast that the rally was approved in the first place: "We can't have people spreading propaganda for foreign rulers in Germany."

Citizens may very well see such a demonstration as problematic, but that shouldn't lead them to consider a restriction of Germany's freedom of assembly, Felix Butzlaff of the Göttingen Institute for Democracy Research told DW. 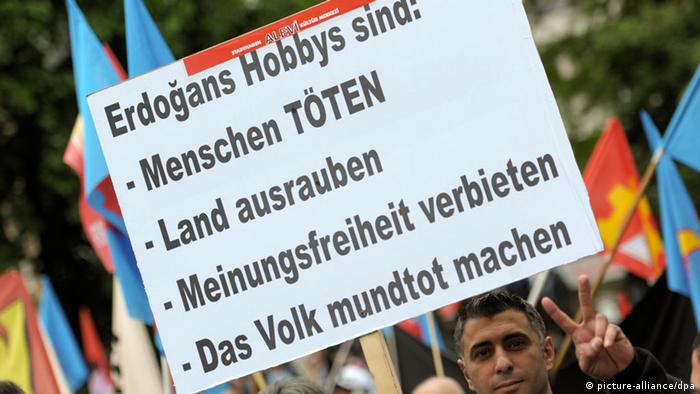 Opponents rallied , too, ahead of Erdogan's campaign speech in Cologne in 2014

A focus on foreign political leaders in German rallies isn't a new development either, he argued, pointing out protests against the Vietnam War in the 1970s, and Barack Obama's widely-broadcast visit to Berlin even before he was elected president.

Concerned, however, that intra-Turkish tensions may be playing out in Germany, conservative German politicians in particular have taken a clear stance.

Do not carry out domestic Turkish conflicts in your chosen home of North-Rhine Westphalia, state governor Hannelore Kraft urged. Everyone has the right to take to the streets for his or her convictions, she added, but "please be level-headed and above all peaceful."

Turkish Airlines, a co-sponsor of European soccer's 2016 contest, has sacked 211 employees for misconduct, including links to the movement allegedly behind last week's failed coup. Arrest warrants issued for journalists. (26.07.2016)

Turkish President Erdogan has accused the European Union of not keeping financial promises made in March's refugee deal. The leader has also said the Turkish people want the death penalty restored and have the final say. (26.07.2016)