Turkish President Erdogan has accused the European Union of not keeping financial promises made in March's refugee deal. The leader has also said the Turkish people want the death penalty restored and have the final say. 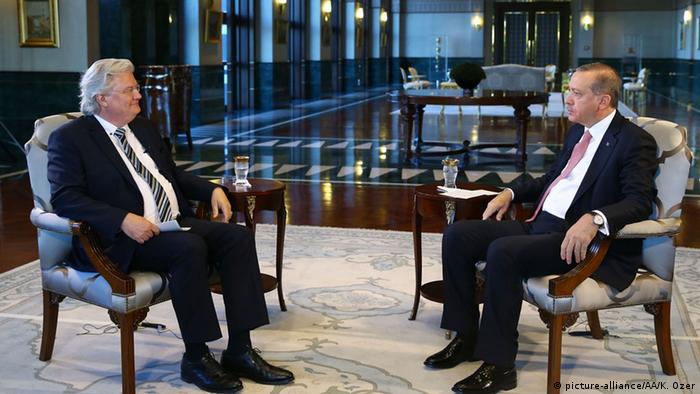 "We stand by our promises. But have the Europeans kept their promises?" asked Turkish President Recep Tayyip Erdogan in an exclusive interview with German public broadcaster ARD on Tuesday.

He said the EU has not followed through on their financial pledges to support the near three million Syrian refugees currently living in Turkey.

"Three billion was promised," emphasized Erdogan, but until now, only symbolic sums had arrived. The leader told ARD only around one to two million euros had arrived. "The European leaders are not being honest," the Turkish leader said. 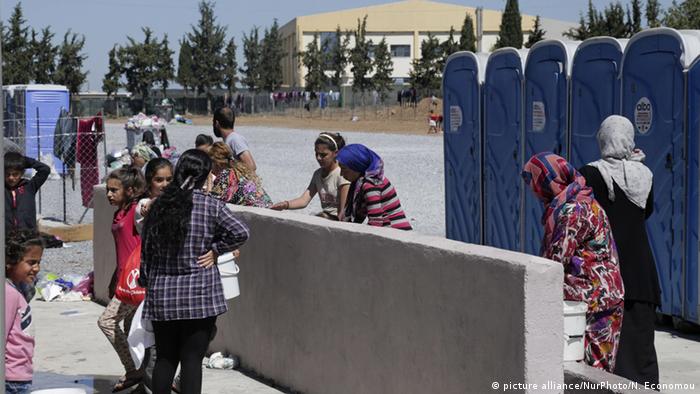 The EU-Turkey refugee agreement states that Turkey must take in all refugees who arrive at Greece's Aegean islands and whose asylum applications have been rejected. In return, the EU will accept one Syrian refugee for each one returned to Turkey from Greece.

Additionally, the bloc pledged financial support for the Syrian refugees living in Turkey.

In light of the attempted military coup in Turkey, the debate over the refugee agreement has once again been sparked in the EU, with some wondering if the rest of the agreement should be carried out.

'The people have the final say'

In the ARD interview, Erdogan defended the crackdown on political opponents following the coup, but did not say whether or not he intends to extend the current three-month state of emergency.

If things in the country normalize, "then we won't need another three months," said the Turkish leader.

When asked about the possibility of restoring the death penalty in Turkey, Erdogan said it depended on the will of the Turkish people.

"If we are in a democratic state, then the people have the final say. And the people, what are they saying? They want the death penalty to be reinstated," said Erdogan.

The president's speaker Ibrahim Kalin shortly explained that he considered the execution of coup leaders "a fair punishment." Numerous EU leaders have warned that the reinstatement of capital punishment in Turkey could halt negotiations on Turkey's membership in the bloc.

In light of last week's attempted coup, Turkish President Recep Tayyip Erdogan has announced a three-month state of emergency. He insisted that the measure does not represent any threat to the country's democratic order. (20.07.2016)