Controversial Nukes Decision Remembered | News and current affairs from Germany and around the world | DW | 12.12.2004

In the 1970s and 80s, when it seemed like the US and USSR might unleash a nuclear war in Europe, “no nukes” was on every peace activist’s lips. Sunday marks the 25th anniversary of NATO’s “dual track decision.” 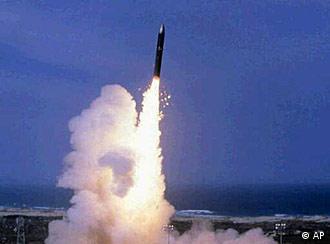 Pershing missiles were not welcome in Europe

On the other side of the world, US President George W. Bush pushed for so-called mini-nukes for use as tactical battlefield weapons. And in Europe, France revealed plans to modernize its atomic weapons arsenal.

Yet, these recent announcements hardly caused a stir. But 25 years ago, such decisions would have brought hundreds of thousands of protesters onto the streets. That was the case when NATO’s revealed its infamous “dual track” decision on Dec. 12, 1979.

The strategy was a kind of carrot-and-stick approach intended to reduce nuclear arsenals. NATO announced its intention to deploy short and medium-range missiles in Western Europe, but promised to eliminate them if Moscow removed similar rockets from its arsenal. 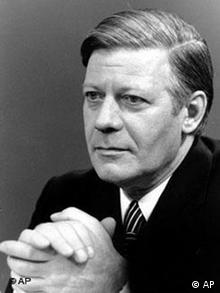 In the mid-1970s, the Soviet Union developed the medium-range SS-20 missile. However, the highly-advanced mobile rockets were not aimed at the United States, but at Western Europe. This was of no great concern to the US, but German Chancellor Helmut Schmidt pointed out the danger of the SS-20’s to Europe in 1977.

Schmidt urged NATO to counter the Soviet threat, and NATO responded by deciding to deploy over 100 Pershing 2 and more than 400 cruise missiles in Europe. At the same time, Schmidt offered a deal to the Kremlin. “All Europeans, also those in the Soviet Union, would be safer, if there weren't any rockets aimed at European targets,” Schmidt said. “Therefore, our goal is for both sides eliminate these missiles.”

Not everyone thought NATO’s tactic would pay off. Critics feared the move would escalate the arms race in Europe. Peace activists mobilized the West German people to protest the two-track decision, launching the “Peace Weeks” in 1980-81. “Peace groups explained the meaning of it to the people,” Martin Stenner, who joined the movement, told Deutsche Welle. “Everyone became an expert in matters like forewarning times and how many cruise missiles were stationed where in Germany.”

NATO gave the Soviet Union four years to come up with a solution or it would begin deploying the Pershing 2 and Cruise missiles. The peace movement mobilized to hinder NATO plans. Even politicians from Chancellor Schmidt’s own Social Democratic Party (SPD) began joining the demonstrations, which reached a high point on Oct. 10, 1981. 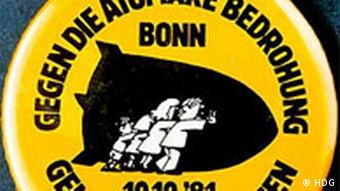 Peace demonstrators came out in the thousands in Bonn

On that day, more than 300,000 demonstrators gathered in Bonn. SPD politician Erhard Eppler joined the crowds. “We want to stop this ongoing weapons build-up that is choking us. And we want to stop it where it’s occurring: Here in Central Europe -- here in Germany,” he cried.

When the first Pershing missiles were deployed in 1983, another wave of protests was unleashed. Yet, the rockets would remain in Germany only four years. In December 1987, the US and the Soviet Union signed the Intermediate Range Nuclear Forces Treaty (INF), which banned all 2,600 Pershing 2 and SS-20 missiles.

NATO Secretary General Jaap de Hoop Scheffer was in Berlin Monday, warning Europe and America not to oppose each other over the Iraqi conflict and stressing the need to build consensus within NATO. (Nov. 9, 2004)

NATO’s plans to expand its training mission in Iraq have met with resistance. France and Belgium have raised doubts over the project's funding and its relationship to the wider US mission in the country. (Sept. 18, 2004)