Controversial film on czar's infidelity cleared for release in Russia

Monarchist and religious groups wanted "Matilda" banned, but the film highlighting an affair between Czar Nicholas II and a ballerina, has now officially been approved for release in Russia in October. 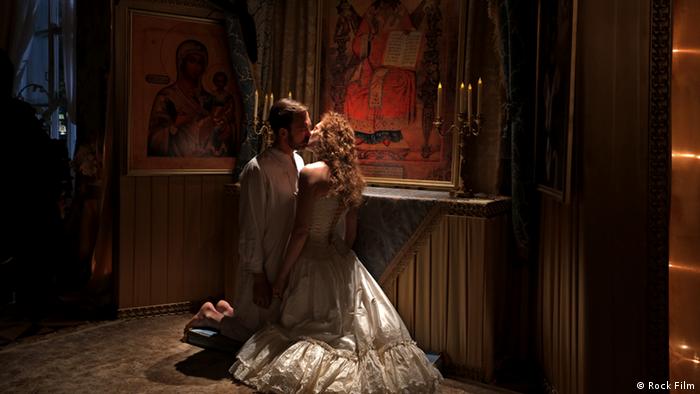 The Russian Culture Ministry announced on Thursday (11.08.2017) that "Matilda" will be screened beginning October 25.

Protests against the film have been spearheaded in recent months by religious activists, monarchist groupings with Russian parliamentarian Natalia Poklonskaya as a prominent spokesperson, and even the predominantly Muslim regions of Chechnya and Dagestan.

Including mildly racy scenes, "Matilda," starring German actor Lars Eidinger, is based on a historically verified episode: Before becoming the last Russian Czar, Nicholas II had a romance with Mathilde Kschessinska, a Polish ballerina.

Nicholas II and his family were assassinated in the aftermath of the Bolshevik Revolution. Shortly afterward, in 1918, the Russian Orthodox Church declared Nicholas and his family holy saints and martyrs.

Although the official stance of the Church has been to steer clear of the controversy, religious, nationalist and conservative protestors have demanded that Nicholas II be shown only as a figure that is holy and "untouchable."

Director Alexei Uchitel has been repeatedly investigated by state's attorneys sent by MP Poklonskaya. Resisting calls to alter his work, Uchitel said he hopes for an Oscar nomination.

Apart from its depiction of a figure considered a deity in wide sectors of Russian society, the film seems to have reignited a debate about Russian values in contrast to Western decadence.

By permitting the film to be shown nationwide, state authorities took a more liberal stance. Vyacheslav Telnov, head of the Culture Ministry's film division, conceded, however, that local or regional authorities may make their own decisions on whether to screen it.

The film "Matilda," starring Lars Eidinger as the last Russian tsar, does not offend religious feelings in Russia, according to an expert's report. DW's Juri Rescheto talks to Eidinger in Moscow about the controversy. (14.06.2017)

Results: these are the sweets most popular in your country!