Council members in the German city have unanimously passed a resolution recognizing climate change as an acute threat. The move was spurred by calls from the local chapter of the Fridays for Future protest movement. 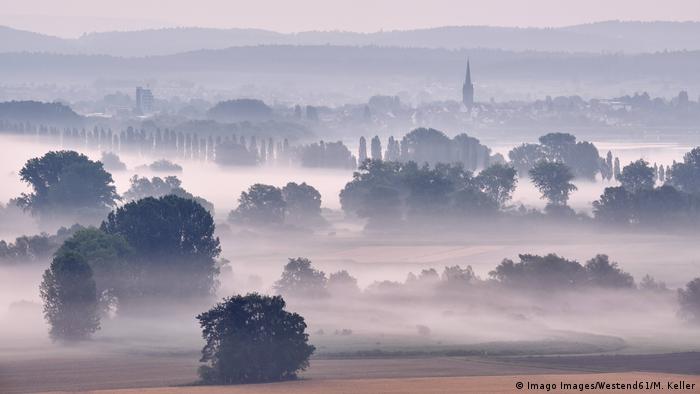 The southern German city of Constance has become the first in the nation to pass a resolution declaring a climate emergency. The resolution, which was passed unanimously by the city council on Thursday, was urged by the local chapter of the environmental group Fridays for Future.

Read more: Opinion: What actually happened at the Bonn climate conference — and why it matters

The resolution has several aims, including a goal to provide a climate-neutral supply of energy to buildings and a new mobility management plan.

The plan came about in February when environmentalists approached Mayor Uli Burchardt, who then tasked administrators with developing a provisional plan.

"In order to ensure that the passage of this resolution is more than a symbolic act, we have to analyze who can and must contribute to it," said city representatives on Thursday.

Members of Fridays for Future said the city had committed to providing annual reports to monitor progress in reducing its carbon emissions. "The Constance city council's climate emergency declaration is an important signal for the whole of Germany," they said in a statement.

Although it has been acknowledged that the term emergency was not used in the traditional legal sense, council members found it important to acknowledge the acute threat posed by climate change, "and to make stemming the climate crisis and its grave consequences a top priority."

A number of cities around the world, including Los Angeles, London, Vancouver, and Basel have recently passed similar resolutions. On Thursday, the British Parliament did so as well.

In Germany, villages and towns are leading the pack in the climate change fight. One motivated mayor has set up a store stocked with regional produce to help cut emissions. But going local isn't as easy as it sounds. (20.04.2019)