Borders between Germany and Austria were closed and train services suspended for twelve hours amid a massive refugee crisis. Alison Langley reports from Vienna's central station on the reactions there. 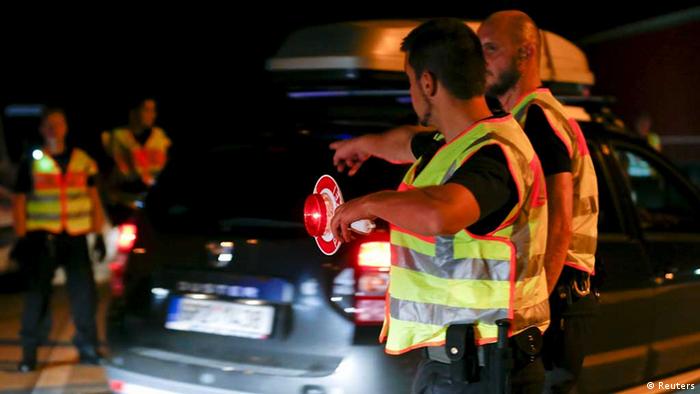 On Sunday evening at the West Bahnhof refugees and normal train passengers struggled to get to Germany after the German government announced it would introduce border controls immediately and that train service with Austria was suspended.

Amir, a 15-year old Syrian, stood with his mother and siblings at the end of a platform waiting for a ticket to Germany. They had not yet heard the announcement.

So when someone told him refugees could no longer go to Germany, his face fell.

"If we take a plane ticket, is that allowed?" He asked after discussing the problem in Arabic with his cousins and mother. His siblings, perhaps ten, four and two years old, stood by.

No, came the answer. More discussion with his elders, then: "It will open again tomorrow. I tell you, it will open. We trust Germany," he said. 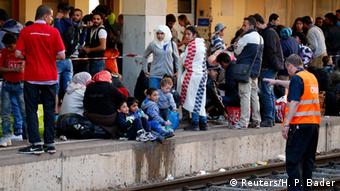 Thousands of refugees hoping to continue their travels to Germany and beyond – some wanted to get to The Netherlands, others Sweden – were stranded in Austria, along the Hungarian border with Nickelsdorf and the German boundary.

Helmut Marban, police spokesman in Nickelsdorf, said about 11,000 refugees had arrived in Austria as of 21:00. They were expecting up to 5,000 more during the night.

Although trains were not running from Budapest to Austria nor from Austria to Germany, refugees were still arriving on foot from the Hegyeshalom border, as were volunteers who spent their weekends driving refugees; thousands mulled around, unsure what to do.

Providing a place to sleep

Charity groups struggled to open places for them to sleep. Klaus Schwertner, director of Caritas, said his group could house 3900 people in Vienna for the night, but he would not discount that more would come. Nickelsdorf already was full and more people were expected to keep coming. Caritas was preparing to bus some of the overflow to Vienna, he said.

Charity groups placed urgent messages on Facebook pages, calling for volunteers, blankets and water. But not all the refugees in the Vienna station wanted to spend the night in Austria. 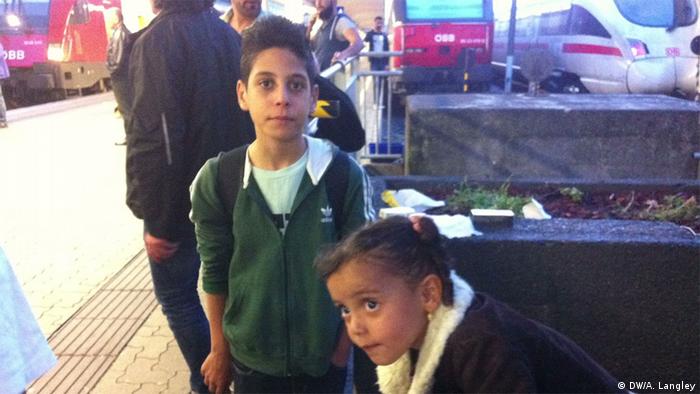 Amir, 15, and his sister were hoping to travel through Germany to get to The Netherlands.

Most refugees were late getting the information in part because rail officials were also initially not informed. There was also confusion because most of the refugees had difficulty with language, did not understand why they couldn't board trains.

A group of four Iraqis – three men and one woman – had purchased tickets to Dusseldorf a few minutes before 1700 and was told, incorrectly, that they could travel. They posed in front of the train for a selfie photo before boarding it. 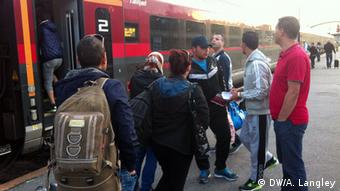 A second group of perhaps six or seven Syrian men raced to grab a train leaving for Salzburg at 18:30. When a conductor told them they probably wouldn't be allowed to continue on, they climbed aboard anyway. One of the refugees said they would walk across the border if they had to.

Eleven Syrians sat against a wall inside the station. Ammar Droubi, 23, said they had been traveling for eight days. They look beat, their heads down, not talking. When he was told no more trains would be traveling to Germany, Droubi didn't believe it. They had paid smugglers 1800 euros each to get to Austria, where they thought they could board a train. Their ultimate destination was Sweden, Droubi said. 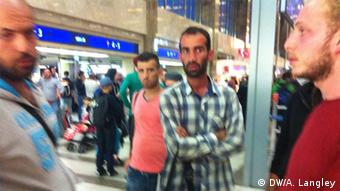 Ammar Droubi, far right (with sandy blond hair), discussed with his friends their alternatives. They said they won't stay in Vienna. They would prefer to walk to Germany if the trains weren't running.

"We are tired. We have only been in cars and buses for the past eight days," the sandy-haired, blue-eyed Syrian said. When offered a chance to sleep in a cot provided by Caritas the men immediately tensed up, suspicious that they were being tricked.

"No camps!" They said, holding up their hands.

Then Droubi checked his mobile phones for a route from Salzburg to Germany. They would walk there tonight if they had to, he said.

EU interior ministers are to meet on Monday amid intense disagreements within the bloc on how to cope with the current influx of refugees. The UN has stressed the need for a 'comprehensive European response." (13.09.2015)

Refugees and Munich officials struggle with the crisis

The ordeal is far from over for migrants who have traveled perilous paths to reach Germany. And for Munich's officials who have been receiving tens of thousands of refugees this past week, the challenge has just begun. (13.09.2015)