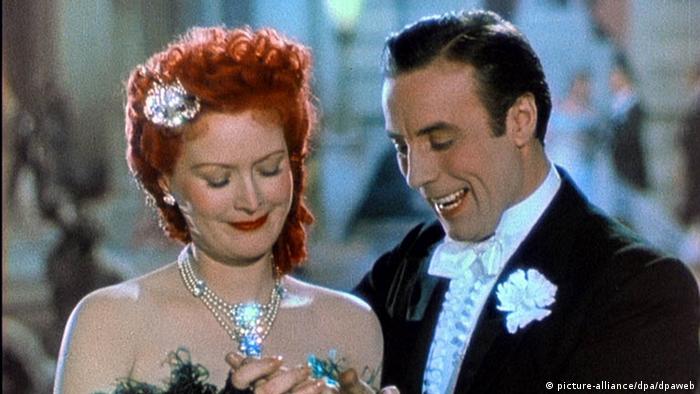 During the Nazi dictatorship in Germany, cinema played a prominent role as an art form. Propaganda Minister Joseph Goebbels championed film, as he saw movies as a key tool to control the masses. Films were used for propaganda purposes, but of course they were also meant to entertain and later on distract from the horrors of war.

After the war, Germany's cinematic legacy fell into the hands of the Allies who didn't quite know how to handle it at first.

The victorious powers divided German films into three categories. Most of them were classified as politically unobjectionable; the films were therefore allowed to be shown in movie theaters once they got up and running again in the war-ravaged cities. Another category included films that first needed more or less minor edits before they, too, were released to the public. The third category listed films that were to be banned. 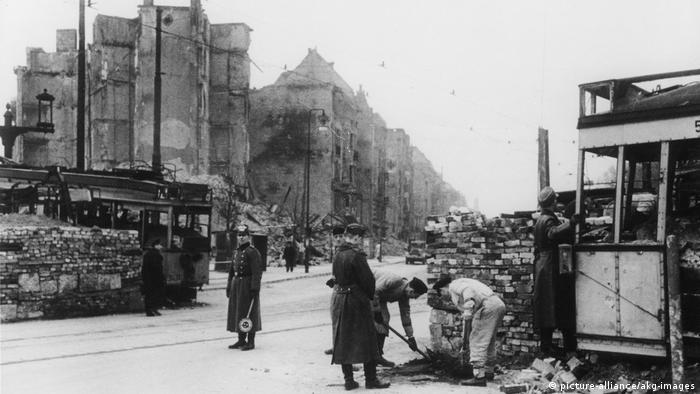 In the ruins of postwar Germany, cinema wasn't initially a priority

The about 220 films in this category concerned the blatant Third Reich propaganda films. Even today, 75 years after the end of World War II, only very few of these films are screened and only under special circumstances — the so-called "Vorbehaltsfilme" (conditional films) that include Veit Harlan's notorious 1940 film Jud Süss (Süss the Jew).

Finally, there were a few dozen films that did not fall into any of the categories, precisely those that were later called "Überläufer" (literally, "defector") films, works that were close to completion when Germany lost the war. 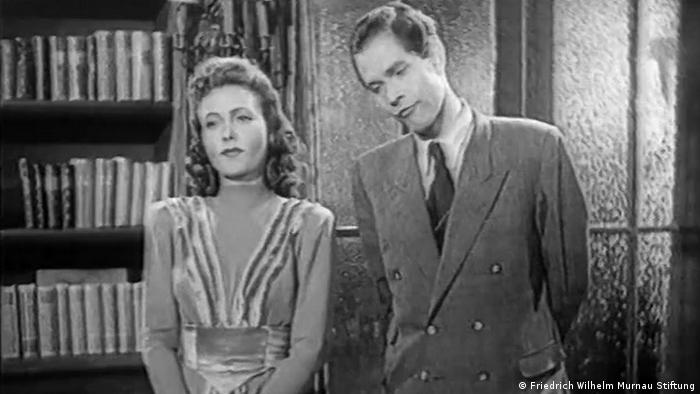 Those films, which were only properly completed and premiered after World War II, are the focus of a series of films presented from September 10 to September 30 at the Zeughauskino movie theater at Berlin's Deutsches Historisches Museum (German Historical Museum).

Russians found a first film in a bunker 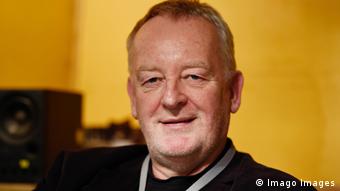 "Legend has it that in late November 1945, two Soviet soldiers found film reels in a bunker in Babelsberg," said film historian Ralf Schenk.

The soldiers then took the reels to the Russian technical director of the film division, who in turn asked German film editor Alice Ludwig whether she knew anything about the mysterious find — and she recognized it as the almost completed film version of Die Fledermaus (The Flittermouse) operetta, starring Johannes Heesters and Marte Harell.

The Soviets, who were about to launch the DEFA state-owned film studio in eastern Germany, understood the potential of films like Die Fledermaus, Schenk told DW. 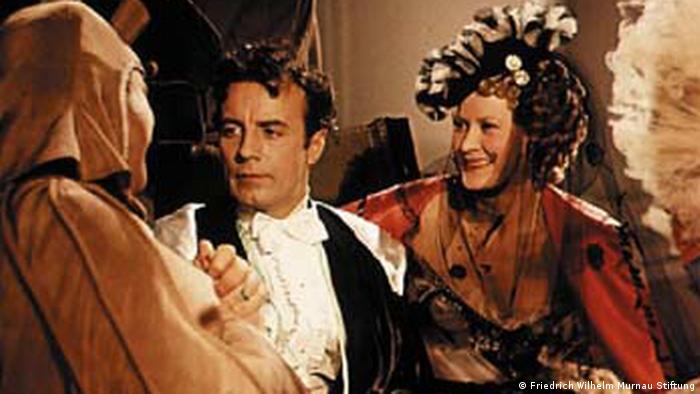 A still from the film 'Die Fledermaus'

Building a catalog of new comedies

As long as they did not propagate the values of Nazi Germany, the films produced towards the end of the war were shown: "They made sure that they were not crude propaganda films — but, anyway, those were hardly produced anymore by the end of 1944, beginning of 1945."

The first Überläufer films that flickered across the big screens in 1946 were therefore "pure entertainment films," according to Schenk.

The Soviets had two major goals. First of all, they wanted to create a catalog of new films for German audiences once movie theaters reopened. "The Soviet films alone could hardly have filled the cinemas in the Soviet occupation zone," Schenk said.

Secondly, the Russian film officers felt the movies could also be shown to large audiences in the Soviet Union, explained the film historian.

After finding the Fledermaus reels, the authorities ordered a search for more film reels within and outside the Babelsberg studios. They found a whole series of almost finished films that over time were edited by the DEFA. 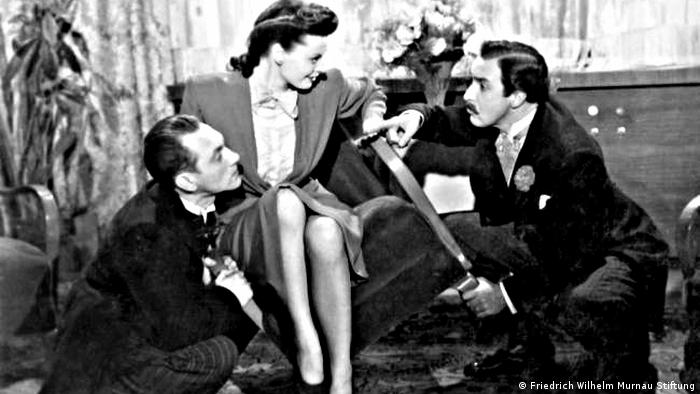 Another film that wasn't finished before the end of the war: 'Dreimal Komödie' (Three times comedy) premiered in 1949

Commissioned by the Soviets, DEFA put the finishing touches on the movies. In most cases, they only needed sound and music and, if necessary, dubbing. It was rare for short scenes to be re-filmed. No one gave a thought to film rights at a time when the German film industry was shattered.

It was a lucrative deal for DEFA, Schenk said. The "Sovexportfilm" section provided to the East German studio way more money than was necessary to complete those films, sums which allowed the DEFA to build its own infrastructure.

DEFA took over a large part of the Überläufer films, but such films also existed in the parts of the country occupied by the Americans, British and French.

Tiefland (Lowlands) by Leni Riefenstahl, Adolf Hitler's favorite filmmaker, is one of the most famous films in this category. The infamous director who catered to Nazi propaganda — she was the director of works like Triumph of the Will and the 1936 Olympia films — was able to gain a foothold in West Germany after the war. Her reels for Tiefland were initially confiscated, but they were later returned to the director and she finalized the opera drama in 1954. 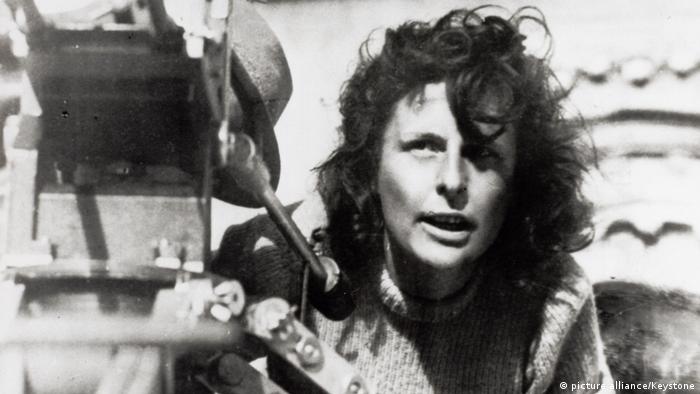 Leni Riefenstahl during the shoot of 'Tiefland'

Some scenes were therefore shot years later, which had unusual consequences: "You can see in the films that some actors appear older in different scenes," pointed out Ralf Schenk.

Films made by controversial directors like Riefenstahl were however an exception. As a rule, most of the German films that were finalized after 1945 were pure entertainment movies for mass audiences.

Now, 75 years after the end of the Second World War, these films are once again made available to the wider public in Berlin.

Many decades ago, Brunhilde Pomsel was Nazi Propaganda Minister Joseph Goebbels' personal stenographer. Now, a film entitled "A German Life " - for which she agreed to be interviewed - is showing in German theaters.