Fifty years ago, several films produced in East Germany were shelved by the country's authorities. Now digitally restored, the Berlinale will present a retrospective of these once forbidden movies. 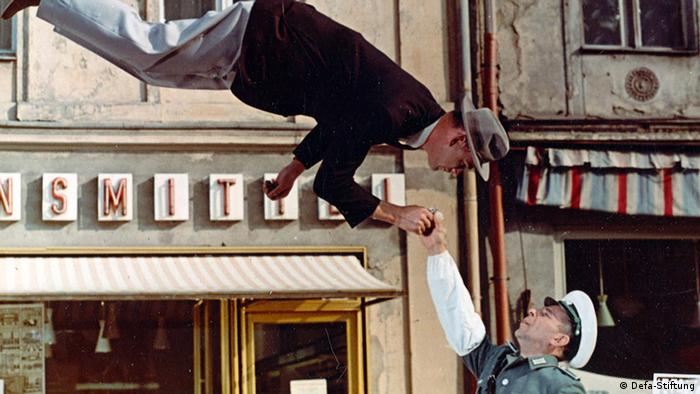 In 1965, the East German authorities decided to ban a dozen films produced in the country. They became known as the "shelved films" or "Kaninchenfilme" (rabbit films), in reference to the title of one of the forbidden movies called "Das Kaninchen bin ich" (The Rabbit is Me).

These films were planned and legally produced with the authorization of the German Democratic Republic, but banned shortly before or after being released. One may wonder: Why didn't this censorship occur earlier in the production process?

"There were two different currents within the governing Socialist Unity Party," explains Ralf Schenk from the DEFA foundation, which is in charge of preserving the films of the former East German film studios, DEFA.

"In the one camp were the old Stalinists, the dogmatists with a strict interpretation of the Communist orders from the 1950s," Schenk told DW. Meanwhile on the other side of this divide were reformists who were ready to allow a slow economic and cultural liberalization. 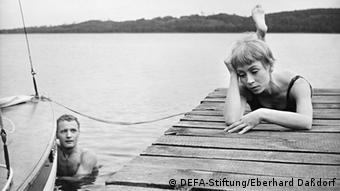 In 1965, the Central Committee of the Socialist Unity Party (SED) held its infamous 11th Meeting, where hardliners managed to impose their views, leading to the renewal of many restrictions in East Germany.

As a consequence, 12 DEFA films were banned that year. Ten of them are now available in a digitally restored version in a DVD box set called "DEFA - Verboten" (in German, with English subtitles), and four of those movies will be shown during the upcoming Berlin International Film Festival.

'Das Kaninchen bin ich' (English: 'The Rabbit is Me')

The censorship of this film came as quite a surprise. After all, the director Kurt Maetzig was one of East Germany's showcase filmmakers - he had previously directed the biography of the leader of the Communist Part of Germany, Ernst Thälmann. Yet in his banned film, Maetzig told the story of a disillusioned young woman whose brother stood accused of incitement of the people; the movie also featured a judge who leads a double life. "The film spreads skepticism," declared the Central Committee to justify the ban. 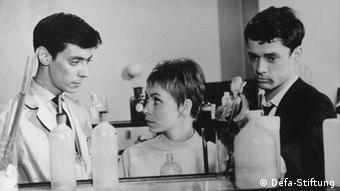 The censorship of this film by Frank Vogel did not surprise anyone. Vogel told the story of a young couple rebelling against the strict world views of adults around them. Like elsewhere in the world, East German youth started questioning the established conventions of the 1960s. This was particularly irritating for the authorities. The Central Committee deemed that the film questioned "young people's socialist education and character."

In this movie, two friends oppose the strict guidelines at their workplace in East Germany. This leads to a conflict with the press, too. For the Central Committee, this was one of the "worst films" of the year. The authorities declared the film needed to be banned for its "anti-socialist, harmfully critical attitude." 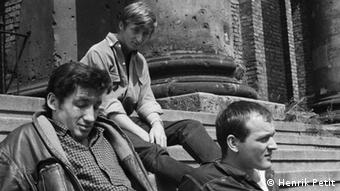 A scene from "Born in '45": Even in East Germany, you could find a few rebels without a cause in the mid-60s

This movie by Jürgen Böttche did not promote the views of the moral guardians of the socialist elite either, as it featured a young Berlin couple with a provocative attitude questioning the world around them. The authorities also disapproved the bulk of the film's locations, which was shot in backyards and cellars. "The buildings look sad, inhospitable, dirty and unkempt," wrote the censors.

This might be the most beautiful film among those banned that year. Karla, played by Jutta Hoffmann, is a newly trained teacher who starts her first job in a small town. She is unconventional and lively - which didn't correspond with the socialist teaching methods promoted by the authorities. "This film also propagates false ideals," judged the authorities. 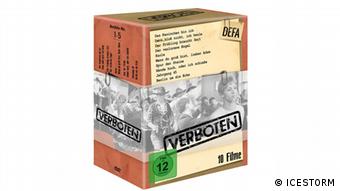 "Verboten": The DVD set with 10 of the forbidden films

The aesthetics and narrative of this movie are the most radical of these shelved films. A young boy receives from a swan a flashlight with magical powers: It throws liars into the air (see top picture). "The film uses a lyrical symbol, however it is ambiguous," determined the film censors. They criticized the film's unsettling lack of a coherent idea or statement.

This rather plainly directed movie depicts the hardships of an engineer in charge of power supply in East Germany. Filmmaker Günter Stahnke explored the existing power struggles between reformists and dogmatists in the socialist system. Lines of dialogue such as "East Germany does not need any experts or engineers, but rather 1,000 little helpers to perform the leaders' orders," were not something the East German bureaucrats were ready to accept in a film.

This is one of the least-known movies among the 12 originally banned films - a true rediscovery of a gem. The film by director Ralf Kirsten, which runs at nearly one hour, tells the story of the sculptor Ernst Barlach in 1937, immediately after the Nazis had banned his famous sculpture "The Angel" from the Cathedral of Güstrow. Barlach (played by Fred Düren) wanders through and around Güstrow, trying to determine how to position himself towards the Nazis. He reflects on the value of art in times of dictatorship. A resourceful viewer could obviously have transposed such questions to another authoritarian system as well. 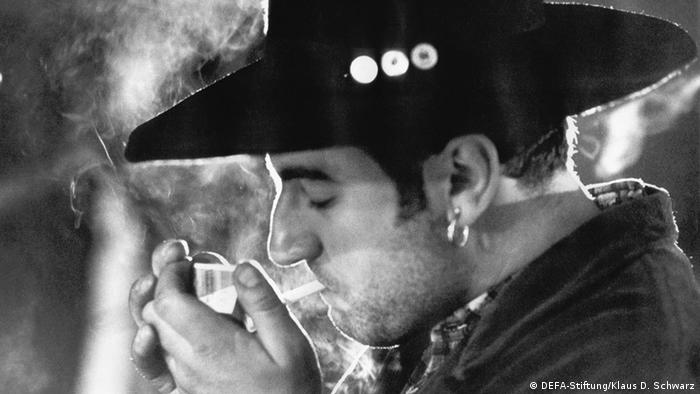 This is the most recognized movie among the "forbidden 12." It remains compelling to this day and is undoubtedly one of the best films produced in post-war Germany. Manfred Krug depicts a construction foreman who has a delinquent, yet productive, working style. The film provides a "distorted picture of our socialist reality," wrote a critic in the newspaper "Neues Deutschland" at the time. Frank Beyer's "Spur der Steine" was shown three days in theaters before being shelved.

This is the only comedy among the banned films. An East German police officer is desperately bored because of the lack of crime in the town of Wolkenheim. The caricatured claim of the film was that there was no crime in East Germany. Censors could not let this message go public, as the film left it unclear if its message was meant to be ironic or not.

The first German-language series to air on a US network, "Deutschland 83" concerns Cold War tensions as seen through the life of a young spy. Director Edward Berger tells DW what he found inspiring about that year. (26.11.2015)

It was filmed in Berlin and a German actor stars with Tom Hanks. Spielberg's latest film tells an incredible story - and it's based on true facts. For decades, Germany has been a popular backdrop for spy films. (13.11.2015)

An Afro-German starts talking like a neo-Nazi after the right-wingers beat him up in the new film satire, "Heil." If Germany is going to laugh about Nazis, it should have a better reason to, says DW's Sarah Hofmann. (16.07.2015)