It was filmed in Berlin and a German actor stars with Tom Hanks. Spielberg's latest film tells an incredible story - and it's based on true facts. For decades, Germany has been a popular backdrop for spy films.

The European premiere of "Bridge of Spies" will take place in Berlin, on Friday 13. Steven Spielberg came to the German capital for the occasion.

The director's interest in the country isn't new: As he revealed in a recent interview with the weekly magazine "Der Spiegel," he was already "obsessed with the Holocaust and later the Cold War" as a child.

Spielberg has already directed strong works about the Holocaust and World War II, with "Schindler's List" (1993) and "Saving Private Ryan" (1998). Now with his new movie, the film director is exploring the Cold War.

Along with Spielberg, Oscar-award winning actor Tom Hanks will also be there to celebrate the European premiere, as well as Sebastian Koch, who is currently one of the most well-known German actors in the US.

The actor, already well established in Germany through his roles in major TV dramas and films (such as "Operation Valkyrie,""Speer and Hitler: The Devil's Architect,""The Lives of Others"), was not only part of Spielberg's cast: He also starred in the fifth season of the hit series "Homeland," which just started airing in the US.

Spielberg's film, which premiered at the New York Film Festival, was greeted with a standing ovation and praised by critics. "The Hollywood Reporter" described it as a "feel-good Cold War melodrama;" The "New York Post" predicted the film could lead this year's Oscars race. The "Independent" praised Spielberg's "breathtaking" craftsmanship.

The film trade magazine "Variety" underlined the work of the actor Mark Rylance in the role of a Russian KGB agent in the film, as well as the sets built in the Babelsberg Studio, located just outside Berlin. 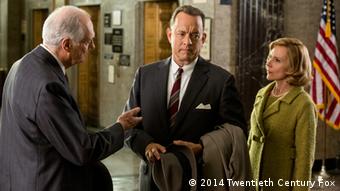 Sebastian Koch is therefore not the only one to represent Germany's cinematic talents in Spielberg's latest work. The Oscar-winning director spent several weeks shooting in Berlin and Potsdam and in the Babelsberg Film Studio last year.

Throughout his long and successful career, Spielberg has created thrilling blockbusters filled with terrifying beasts, from the sharks of "Jaws" to the dinosaurs of "Jurassic Park" - but he also conceived the universe's friendlest alien with "E.T. the Extra-Terrestrial" (1982).

Spielberg has also demonstrated his interest for historical issues: He dealt with Auschwitz and the Holocaust with "Schindler's List," and explored the invasion of Normandy in World War II in "Saving Private Ryan." 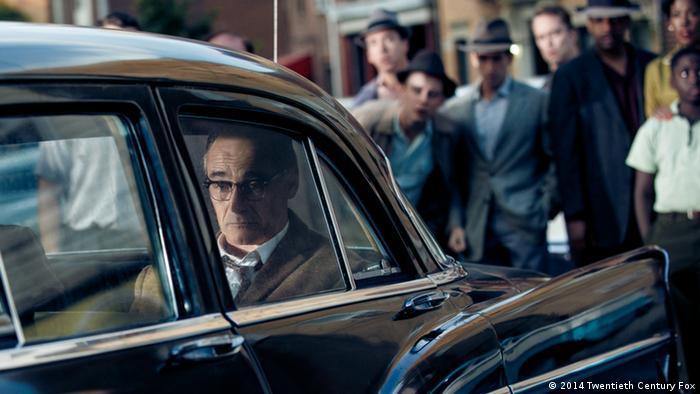 The 60s were reproduced in detail for the film

Once again, the "realist" side of the filmmaker was responsible for "Bridge of Spies." Although the story told in the film may appear incredible for today's audience, it is based on true events which occurred during the Cold War.

In 1960, a U-2 spy plane was shot down while on a reconnaissance mission over the Soviet Union. The pilot Francis Gary Powers miraculously managed to survive a 20,000-meter descent. His story traveled around the world and became a suspenseful episode at the height of the Cold War.

The Americans had already reported the death of their pilot. Shortly afterwards, the Soviets announced that they had captured Powers, which was perceived as a propaganda coup that was embarrassing to the US.

The negotiations to try to release Powers initially failed. 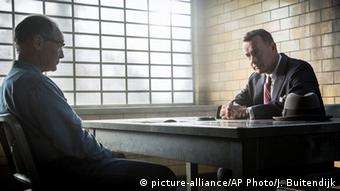 This is the starting point of Steven Spielberg's film. The New York lawyer James B. Donovan (Tom Hanks) was sent to East Berlin to contact the East German authorities and Russian agents. There, he negotiated with the East German lawyer Wolfgang Vogel (Sebastian Koch).

The negotiations were finally successful because the Americans had a prisoner they could offer to release in exchange: The senior Russian spy Rudolf Abel (Mark Rylance).

A bridge becomes a symbol of the Cold War

In February 1962, Powers and Abel were exchanged on the Glienicke Bridge which connected the American sector of West Berlin and the Eastern Bloc in Potsdam. The bridge would be used throughout the Cold War to swap other captured agents, which is why it became known as the "Bridge of Spies."

Steven Spielberg sees parallels between that historical period and current world politics: It's "a movie that is relevant to our times, because the Cold War seems to be coming back," said the director at the film premiere in New York.

"Bridge of Spies" opened in the US on October 16 and will be released in Germany on November 26.

A quintessential "Berlin film" used to be a rarity, but is now common enough to merit a season of its own in one of the capital's movie theaters. The city also stars in a growing number of international productions. (05.08.2015)

Russia and Estonia have swapped spies in a cross-border exchange. Russia's arrest of Estonian security official Eston Kohver drew criticism from the EU and US. (26.09.2015)