More than 1,000 movies were produced during the Nazi era from 1933-1945. In his film "Hitler's Hollywood," journalist Rüdiger Suchsland took a close at these works. 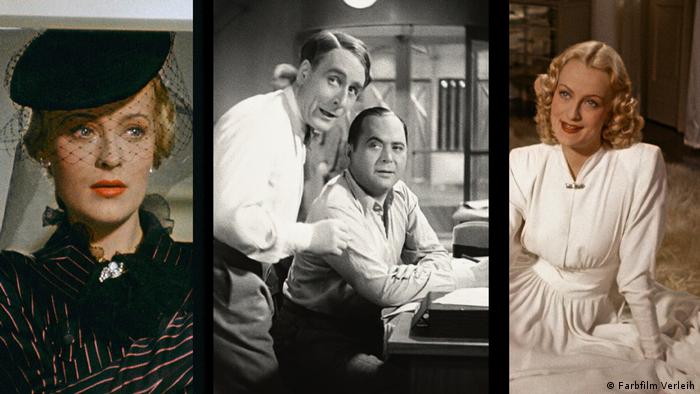 DW: When it comes to German films produced between 1933-1945, one automatically thinks of propaganda films. But among the 1,000 movies that were made in Germany during that period, didn't real propaganda films only form a small part of the entire production?

Rüdiger Suchsland: Yes, when you consider pure propaganda films. However, in a way, basically all of these films were propaganda. After all, there was no unpolitical, innocent film production back then.

Even films by directors like Peter Pewas and Helmut Käutner, who definitely were no Nazis and even distanced themselves from them, somehow worked in the shadow of the regime, as they were forced to submit their works to censorship already at the screenplay-stage. Goebbels watched them all.

Goebbels also watched Helmut Käutner's "Under the Bridges," which is usually seen as a resistance film, or one on deserting. And he even liked it. After all, Goebbels did understand a few things about film. He didn't think, however, that showing "Under the Bridges" was politically suitable. And that's why it wasn't shown.

To some extent, therefore, all directors were exposed to these scissors in their heads. The filmmakers knew very well that they were to present their finished works. They knew that they had to justify them. And in the worst case, this would have consequences for them, including life-threatening ones. That means, all of these films were somewhat contaminated by ideology. 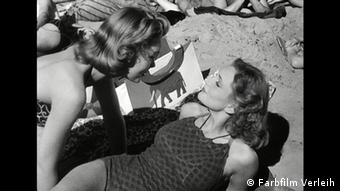 Entertainment films also played a big role. How did the Nazis exploit this?

Entertainment films were also controlled by the regime. After all, the Nazis made use of the media in order to communicate with the population. These well-known mass events were only a small part of these efforts. Radio and cinema enabled the regime to reach out to large groups of people, including those who didn't read newspapers, let alone books like "Mein Kampf." But such people did watch films. They went to the movies mainly because of popular stars.

We know of many Jewish citizens in Germany and Austria, and of many resistance fighters who rejected the Nazi ideology, who nevertheless watched these movies. Part of these presentations were the highly ideologized weekly reviews that were controlled by Goebbels, as well as the so-called "culture films." These were highly contorted works posing as documentaries. But people had no choice but to watch them, if they wanted to see their beloved stars like Zarah Leander and Heinz Rühmann. 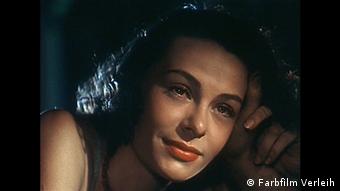 Ilse Werner, starring in Helmut Käutner's "Great Freedom No. 7" (1944). The film is filled with resignation and melancholy

Another objective of filmmaking, certainly during the last years of war, was to divert people's attention.

Exactly. Right from the beginning, many films were produced with the aim of distracting people. An interesting fact is that right after the Nazis came to power, some directors pressed ahead to produce super regime propaganda films - some of them out of sheer opportunism, others because they believed in the ideology. That's when films like "Hans Westmar. One of many. A German Fate from the Year 1929" and "Hitlerjunge Quex" [Eds. Hitler Youth Quex, also shown in the US under the title "Our Flag Leads Us Forward"] were produced. But Goebbels rejected some of these films, finding them too blunt.

The real art consisted of presenting the Nazi ideology in a more subtle way. It was about instilling the ideology into people like some medicine that you don't taste. And it was about diverting their attention with illusions. These were illusion films making use of theater stages. The films starring Marika Rökk are a good example.

These films would actually often be set in the past.

Yes, these films moved around in historical spheres with fluent transitions between the reality in the plot and the dreams of the characters, their fantasies and fears. These distinctions were so fluent that viewers had a hard time distinguishing between the dreams of the protagonist and the real action of the film.

I would go so far as to claim that these films were all about precisely those transitions. The viewers were to take along what they watched on the screen into their reality, and they were to see their own reality as a continuation of film with other means. They were to confuse reality and dream, truth and fantasy, without being able to perceive the difference anymore. 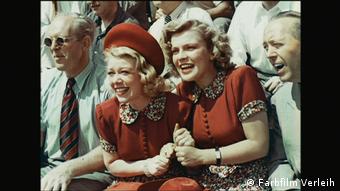 Your film starts with clips of "Morgenrot" from 1933, which is a patriotic U-boat drama directed by Gustav Ucicky, and we are informed that the production of this film already started before the Nazis came to power. Why is that so important?

Well, the Nazis didn't fall from the sky in 1933. There wasn't a sudden change, but rather a rough transition. There was no hour zero; the Nazis' views were already reflected in film and in real society before they came to power. They became stronger and stronger, and that was also reflected in films and UFA productions. Alfred Hugenberg, who controlled the UFA Studios, was often seen as somebody who eased the Nazis' way in.

Just as there were leftist and a communist films in the Weimar Republic, there were also right-wing and revanchist ones, as well as nationalistic and fascist films. Some of them were also celebrating Germany's lost monarchy. The films starring  Otto-Gebühr as Frederich the Great, the U-boat films, as well as films featuring the stab-in-the-back myth [Eds. a widely believed conspiracy theory in German right-wing circles after World War I] are good examples of these trends.

Even years later, after World War II, there wasn't a real break in filmmaking. Did this phenomenon repeat itself in a different version?

After 1945, there wasn't an hour zero for German film either - even less than in German society. There were so-called transition films, which had been produced during the Nazi era. There was some continuity. Directors like Veit Harlan who did "Jud Süß" [Süss the Jew] and Wolfgang Liebeneiner continued to make films.

Liebeneiner is a particularly interesting case. In 1943, he shot "Melody of a Great City," and was later seen as a proponent of disengagement, in a way.

On the other hand, he also directed one of the worse "Vorbehaltsfilm" [Eds. a list of reserved films, predominantly Nazi propaganda glorifying war or promoting racism, which can only be shown under particular conditions for educational and research purposes]. Liebeneier's film "I accuse" from 1941 served as a justification of euthanasia, embellished it, claiming that the assassination of handicapped people could be justified by drawing an analogy to assisted suicide. 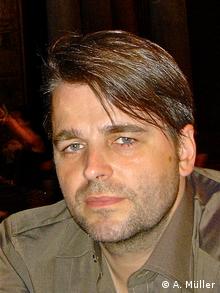 Roughly 40 films  produced between 1933 and 1945 are now classified as "reserved films." What's your view on this? Is that categorization still valid?

This list of "reserved films" is of course an issue I wanted to indirectly tackle in my film as well. Some years ago, Felix von Moeller shot an excellent film on that topic called "Verbotene Filme" (Forbidden films). I don't like the title, as it implies that these films were really forbidden, which isn't true - we are free to watch everything. However, these 40 films may only be watched under certain conditions.

When watching some of them, like "I accuse" for example, or "Jud Süß," one understands that there are good reasons for listing them. These films are evil and hard to understand. When people watch them without knowing what they're about, especially uninformed viewers, it's not that they'll become Nazis right after seeing them, but these films are dangerous because people hardly notice that they are being influenced morally, politically and aesthetically. 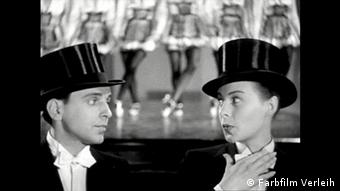 Besides these films, are there any other examples of highly problematic works of the Nazi era?

Most of these "Vorbehaltsfilme" are sensationalist war films. Looking at them nowadays, people would rather laugh seeing how primitive they were. Therefore, I don't believe that most of them are really dangerous. But I also believe that one should consider that there are quite a few films that are freely distributed [Eds.: on DVD, outside of Germany, on Youtube] that are much more dangerous than some of the reserved films, because they are more subtle, less blunt. For example, I see films like Veit Harlan's "Covered Tracks" (1938) as much worse. That film is infamous in that it justifies denunciation and police surveillance, a dictatorial kind of surveillance, while suggesting some sort of submission to the audience.

Many decades ago, Brunhilde Pomsel was Nazi Propaganda Minister Joseph Goebbels' personal stenographer. She has passed away at age 106. She had recently agreed to be interviewed for the film "A German Life." (30.01.2017)

A former secretary to Nazi propaganda minister Joseph Goebbels has died, aged 106. Brunhilde Pomsel was one of the last remaining people who knew members of the Nazi leadership in person. (30.01.2017)

How stickers are used for propaganda

Practically every kid has collected stickers at some point. But they aren't just fun and games. An exhibition in the German Historical Museum in Berlin shows how stickers have been used for political purposes. (21.04.2016)

With rave reviews for "Toni Erdmann" in Cannes and a wide selection of German films at the Munich Film Festival, DW explores the question: How is it going for German cinema around the world? (30.06.2016)

Early German films included more tyrants and murderers than movies from elsewhere. Did they foretell the Holocaust? A recent documentary explores the Jewish film critic behind this theory. (27.05.2015)

Leni Riefenstahl was one of the most controversial artists of the 20th century. Her mentor, Arnold Fanck, was a German film pioneer of the 20s, now largely forgotten.