Up to now many European countries have fiercely opposed EU interference in their labor markets. Now a new pan-European Green Card scheme is reportedly in the pipeline. 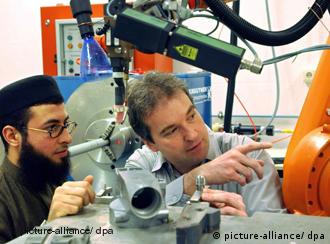 The European Commission is planning to launch a Green Card that would give highly skilled migrants easier access to all 27 European Union states, according to a report by the Reuters news agency. The initiative is likely to face strong resistance from a number of states.

Reuters says the EU executive intends to present the proposal as early as the second half of 2007. The exact details of the European scheme are still being hammered out.

The US Green Card is a highly sought-after identification card that allows immigrants to live and work in the United States and eventually apply for citizenship. Unlike a work visa, such Green Cards are not attached to a specific job or employer.

Can one size fit all?

Up to now Germany, which currently holds the six-month rotating EU presidency, is one of the countries that has spearheaded the opposition to any cross-border policy on legal migration, saying its labor market is a purely domestic matter. 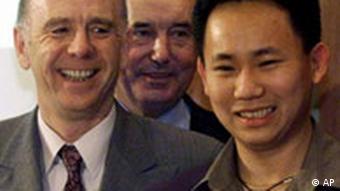 A number of other countries have also been sceptical about the suitability of a one-size-fits-all approach.

Chancellor Gerhard Schröder's government launched a Green Card program in Germany in 2000 in a bid to attract computer specialists from countries, such as India, and plug skills shortages in that sector. But the take-up was poorer than expected for a variety of reasons.

Many criticised the limited five-year duration of the German Green Card and the bureaucracy involved in applying for one. But the economic slowdown also played a role. When the technology sector fell on hard times, there was a reduction in demand for IT experts.

In the European Union, immigration regulations vary from country to country. The majority only permit restricted new immigration and work permits for people with a job contract and specific skills.

Within the EU itself, movement between some old and new member states also remains subject to restrictions. On the doorstep of many of the poorer ex-communist states which joined the bloc in 2004 and with just below four million unemployed of its own, Germany has restricted access to its labor market, fearing it could be swamped by workers from those countries.

In contrast, the more economically buoyant United Kingdom invited in workers from the 10 states who gained accession at that time. But Romania and Bulgaria, who joined on Jan. 1 this year, are being treated differently.

Citizens of these countries will have the same freedom of movement as the others, but not all of them will not be allowed to seek work. Poorly skilled migrants, in particular, will be hit by the UK restrictions.

Germany's much-touted Green Card program launched four years ago to meet the need for qualified IT workers from abroad has been given to only 17,000 people. (05.10.2004)

The European Commission wants special immigration rules to lure high-skilled workers from outside the bloc as well as measures to better fight the growing problem of illegal immigration. (23.12.2005)

Spain and France have announced that they will propose a joint plan for a European-African conference on immigration at a European Union summit later this month. (18.10.2005)