Columbia's top court has ruled that deforestation in the Amazon is detrimental to the health of the population. A group of 25 youths were the plaintiffs in a case that argued lack of action was costing them their future. 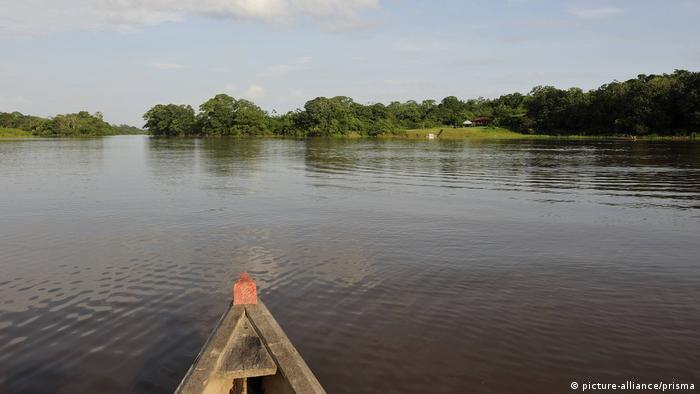 Colombia's Supreme Court has ruled that the state has not sufficiently addressed deforestation in the Colombian Amazon and given the government four months to adopt a plan with short-, medium- and long-term goals to protect the rainforest.

The ruling was made on Thursday, after legal action was filed by a group of 25 children and youths with the support of Colombia-based rights organization Dejusticia.

Read more: How threatened are the river dolphins of the Amazon?

The group argued that deforestation in the Amazon and the increase of the average temperature in Colombia jeopardizes their right to a healthy environment, life, good health, food and water.

Link between rights and climate change

The court agreed with the plaintiffs and found there was a causal link between the negative impact on their fundamental rights and the climate change generated by the progressive reduction of forest cover, caused by the expansion of the agricultural borders, drug crops, illegal mining and illegal logging.

"The Colombian State has not efficiently faced the problem of deforestation in the Amazon, despite having signed numerous international commitments and the existence in the country of sufficient regulations and jurisprudence on the subject," the court found.

It added that deforestation caused "imminent and serious damage" to the group, "and in general, to all the inhabitants of the national territory, both for present and future generations, because it uncontrollably releases carbon dioxide into the atmosphere, producing the greenhouse effect, which transforms and fragments ecosystems, altering water resources and thus the water supply of populated areas and soil degradation."

The court also ordered an "Intergenerational Pact for the Life of the Colombian Amazon" to be developed within five months by government bodies, affected communities, scientific organisations and environmental groups, aimed at reducing deforestation and greenhouse gas emissions to zero.

This status means the state has a duty to protect, conserve, maintain, and restore the forest.

The municipalities of the Amazon were also given five months to update their land management plans and develop an action plan to reduce deforestation to zero with measurable strategies.

Director of Dejusticia, Cesar Rodriguez Garavito, said it was "a historic ruling both nationally and internationally."

"At the national level, it categorically recognizes that future generations are subject to rights, and it orders the government to take concrete actions to protect the country and planet in which they live," Rodriguez said.

He noted that the ruling also sets a legal precedent for other climate change lawsuits. "The ruling is a fundamental step in the direction that other courts have been taking worldwide, ordering governments to fulfill and increase their commitments to address climate change," Rodriguez said.

Amazon Inventory - How a nature reserve comes into being

Amazon Inventory - How a nature reserve comes into being