Germany coach Joachim Löw has conceded that mistakes that he made were partially responsible for the national team's failure at the World Cup. He said it had been "almost arrogant" of him to refuse to change tactics.

Speaking to reporters at a much-anticipated press conference in Munich on Wednesday, Germany head coach Joachim Löw said that his biggest error in Russia had been not to adjust his team's possession-based tactics.

"My biggest miscalculation and my biggest mistake was that I believe we could make it past the group stage by playing a brand of dominant, possession-based football," Löw said. "We've often played well that way in the past, but it's a high-risk tactic. So in order for it to work, the squad and the conditions have to be just right. It all has to come together so that we can deal with the risks involved."

Löw admitted that it was "almost arrogant of me" to stick to that style of play.

"I should have prepared the team the way I did in 2014, when we had more of a balance between offense and defense," he concluded.

Löw also conceded that he and his coaching staff had failed to find a way to ignite the team's passion for winning as they had in Brazil four years earlier.

In the days that followed Germany's elimination from the World Cup he said he felt a deep sense of "frustration, disappointment and anger." 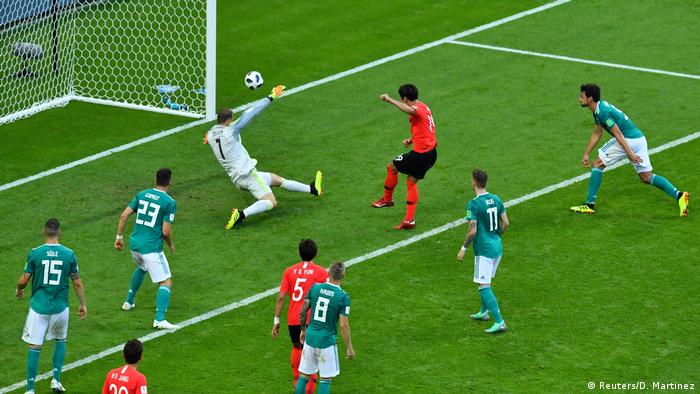 At the same time, though, Löw, whose contract runs through the 2022 World Cup in Qatar, said that after 14 years with the national team both he and general manager Oliver Bierhoff remained "strongly motivated and have the energy to put right what we got wrong in Russia, and that we will put every bit of our energy into bringing the ship back on course."

Schneider out as assistant coach

Löw also announced that he would be going forward with a smaller staff than he took to Russia, with assistant coach Thomas Schneider leaving the bench to take over as head of scouting at the German Football Association (DFB). Miroslav Klose had already left the team following the World Cup – joining Bayern Munich, as had been previously agreed.

'No racism in the national team'

The national team coach also addressed the resignation of Mesut Özil from the national team, saying he rejected the Arsenal midfielder's charges of racism.

"There has never been even a hint of an expression of racism in the national team," Löw said.

He also said the controversy over Özil and Ilkay Gündogan meeting and having their photos taken with Turkish President Recep Tayyip Erdogan prior to the World Cup was annoying, but that this was by no means an excuse for Germany's performances in Russia.

Opinion: Too little, too late and too detached