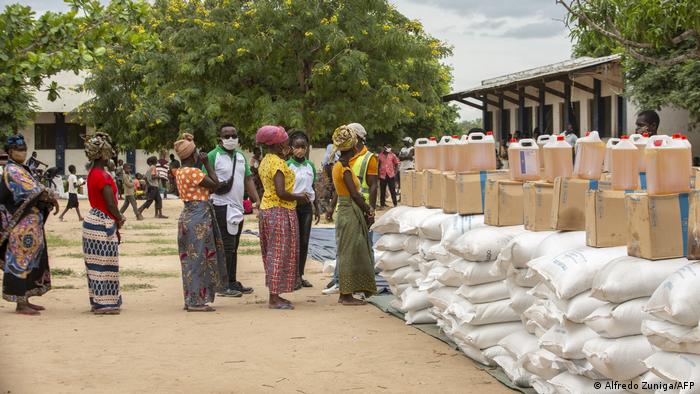 Storms, floods, wildfires and droughts drove more than 30 million people from their homes last year, as rising temperatures wrought extra chaos on the climate, according to a report published Thursday by the Internal Displacement Monitoring Center (IDMC).

Together with wars and violence, which forced 9.8 million people to flee within their borders, extreme weather brought the number of new internal displacements in 2020 to 40.5 million people, according to the IDMC. The Geneva-based research organization estimates a record-breaking 55 million people were living displaced within their own country by the end of the year.

That's twice the number of refugees in the world. 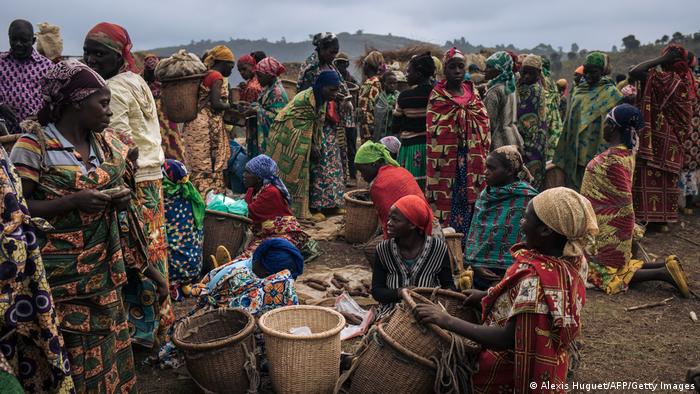 Conflict and climate change have pushed people into displacement camps

Extreme weather is growing unnaturally strong as people burn fossil fuels and warp the climate. It is projected to drive more and more people from their homes through sudden shocks like floods and storms, as well as slower-burning crises like crop failures and drought. In rich countries, politicians have raised fears that more migration from poorer regions could overwhelm public services as the planet heats up.

The idea that climate change will trigger mass migration towards rich countries is a "distraction" from the fact that most displacement is internal, said Bina Desai, head of programs at the IDMC. "It's a moral obligation to really invest in supporting people where they are — rather than just thinking about the risk of them arriving at the borders."

The annual report, in its sixth year, found more than 80% of the people forced from their homes in 2020 were in Asia and Africa.

In Asia, most of the people forced to flee did so because of extreme weather. In countries like China, India, Bangladesh, Vietnam, the Philippines and Indonesia — where hundreds of millions of people live on low-lying coastlines and deltas — a combination of population growth and urbanization has left more people exposed to floods that have grown stronger as sea levels have risen.

The most severe cyclone to hit India in two decades made landfall on Monday, forcing authorities to evacuate 200,000 people in the state of Gujarat. But while early warning systems can save lives by pulling people out of harm's way, many of the displaced do not have a home to come back to. When Cyclone Amphan struck Bangladesh last year it forced 2.5 million people to flee and destroyed 55,500 homes, according to the report, suggesting that 10% of the people displaced were left homeless. 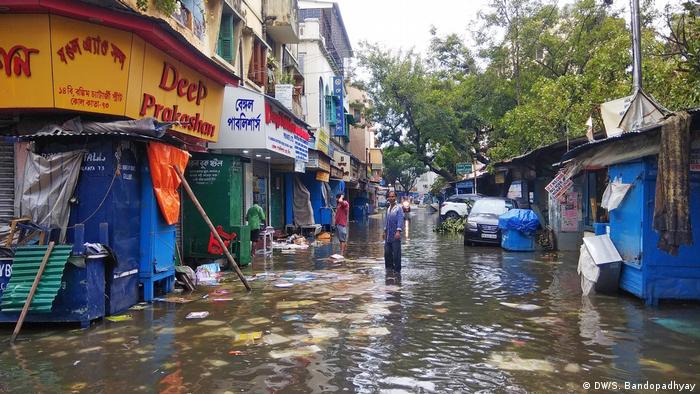 In Africa, most displacements in 2020 were due to conflict. Persistent violence forced people from their homes in countries like Burkina Faso and Mozambique, while new wars sprang up in other countries like Ethiopia. The IDMC estimated half a million people had fled fighting in Ethiopia's Tigray region by the end of last year. Since then, UNICEF has put the figure above one million.

Some conflicts were coupled with unusually long and heavy rainy seasons that brought floods and crop losses to countries already affected by violence. Heavy rains forced people already displaced once to flee again in countries like Somalia, Sudan, South Sudan and Niger, according to the report. Such environmental disasters triggered 4.3 million displacements in sub-Saharan Africa in 2020. At least half of them were still displaced by the end of the year.

Migrants from rural areas to cities are often "forced to settle in areas that are not safe for habitation and prone to flooding or other hazards," said Lisa Lim Ah Ken, a regional climate specialist at the UN's International Organization for Migration (IOM) in Kenya. "A lot can be done, starting with prevention." 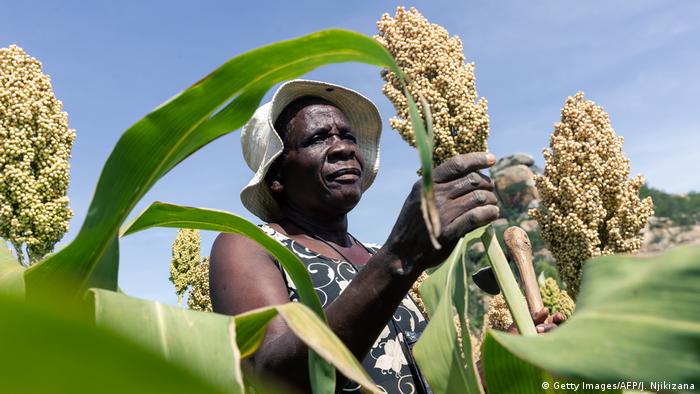 Farmers across Africa have struggled to keep crops alive in the face of droughts, cyclones and locust swarms 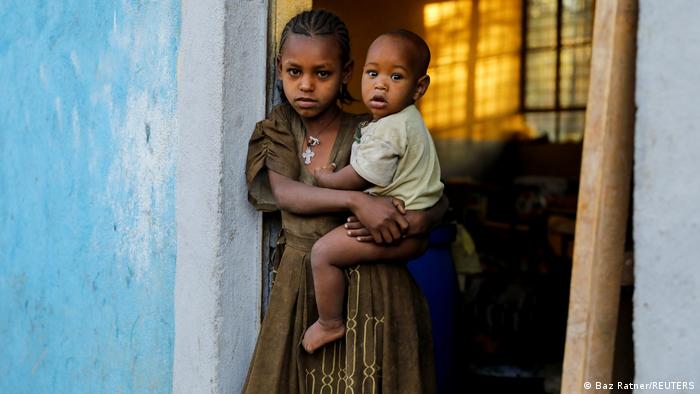 Schools have been turned into temporary shelters to house people displaced by conflicts like the violence in Tigray, Ethiopia

Researchers say the links between climate and migration are poorly understood and sometimes overstated. While the IDMC compiles data on internal displacement — most of which comes from sudden disasters like floods and storms — there is little data on how many people leave homes because of slow-burning environmental crises like rising temperatures and sea levels.

Still, a meta-analysis published in March by the University of Potsdam's Center for Economic Policy Analysis found that disasters that unfold over a long time like heatwaves and drought are more likely to increase migration than disasters that hit suddenly like floods and hurricanes. The researchers suggest this is because people need money to migrate, which is often lacking after sudden shocks, even though they cause immediate displacement across shorter distances.

Those who stay put — often without insurance to rebuild houses or livelihoods — can be trapped in a cycle of extreme weather that prevents them from leaving, though others may choose to stay behind for other reasons.

"If you want to migrate, then you need some resources to do so," said Barbora Sedova, an economist studying conflict and migration at the Potsdam Institute for Climate Impact Research, and co-author of the study. "What is not so much talked about is the populations that are trapped at the origin and that actually lack the resources to migrate." 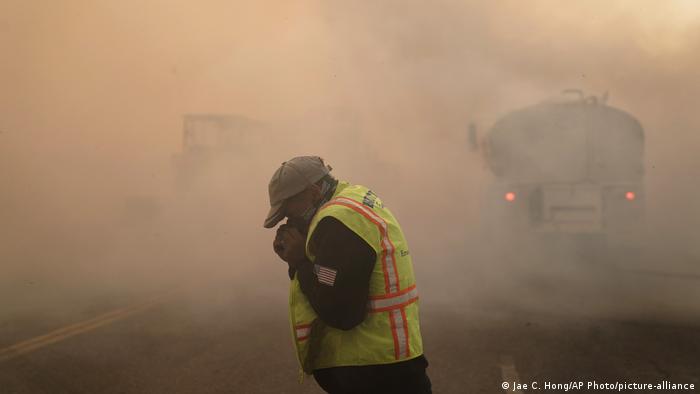 Climate change has already made extreme weather even more extreme — including in rich countries.

A study published in the journal Natural Hazards and Earth System Sciences in March found that the risk of intense fire during the 2019/2020 Australian wildfire season was made 30% more likely by human changes to the climate. The fires killed 34 people and destroyed thousands of homes.

On Tuesday, a study published in the journal Nature Communications found that 13 percent of the $62.5 billion in damages when Hurricane Sandy struck New York City in 2012 was the result of sea-level rise. Had humans not heated the planet, and assuming all other factors stayed constant, the floods would have hit 70,000 fewer people, the modelers found.

Climate migration researchers have called for governments to cut their greenhouse gas emissions swiftly, adapt to the changing climate and continue to support displaced communities once the immediate danger has passed.

"If we create opportunities for these people in cities — in terms of employment, housing, life and dignity — then migration does not necessarily have to become an issue of international security," said Sedova. "If it's well managed, it can even have positive consequences for the country."