The International Energy Agency says in a new report that ending investment in new coal, oil and gas development is crucial to reaching ambitious climate targets by 2050. 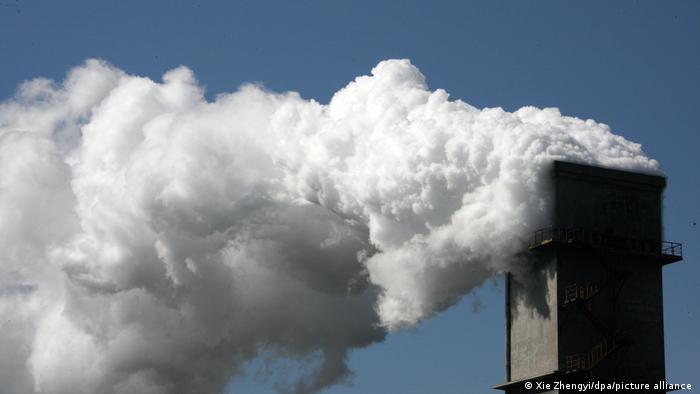 The IEA roadmap charts out more than 400 milestones, including stopping the development of new coal plants

All future fossil fuel projects must be scrapped in order to meet the global target of net zero carbon emissions by mid-century, the International Energy Agency (IEA) said on Tuesday.

The recommendation is part of a special report drafted to guide negotiators at the COP26 climate summit scheduled to be held in Glasgow in November.

IEA Executive Director Fatih Birol said the roadmap highlighted in the report showed that the path to global net-zero by 2050 was "narrow but still achievable."

"The scale and speed of the efforts demanded by this critical and formidable goal — our best chance of tackling climate change and limiting global warming to 1.5 C — make this perhaps the greatest challenge humankind has ever faced," Birol said.

In 2015, the Paris climate pact was agreed upon to limit the rise in temperatures as close as possible to 1.5 degrees Celsius (2.7 degrees Fahrenheit) above preindustrial levels and avoid the most disastrous impacts of climate change. This goal would require reaching net-zero greenhouse gas emissions by 2050 at the latest.

The number of countries that have joined the pledge to reach net-zero has grown — but even if their commitments are fulfilled, there will still be 22 billion tons of carbon dioxide worldwide in 2050, the report said.

The IEA roadmap includes more than 400 milestones on the path to net-zero by 2050, including "no new oil and gas fields approved for development" beyond projects that are already committed as of 2021.

It also says that the sale of new internal combustion engine passenger cars would have to end by 2035, and that energy efficiency would need to improve 4% annually this decade — around three times faster than the current rate.

Hydrogen - energy source of the future?

The report forecasts "a sharp decline in fossil fuel demand, meaning that the focus for oil and gas producers switches entirely to output — and emissions reductions — from the operation of existing assets."

New innovations that haven't reached a commercial scale yet, like carbon capture and storage (CCS) and green hydrogen, will also need to play a role, the report said.

The IEA said reshaping the energy sector to achieve net-zero would require annual energy investment to rise from $2 trillion today to $5 trillion.