Authorities have evacuated hundreds of thousands of people as Tauktae ravages India's west coast. The storm comes as the country struggles with a devastating caseload of coronavirus infections. 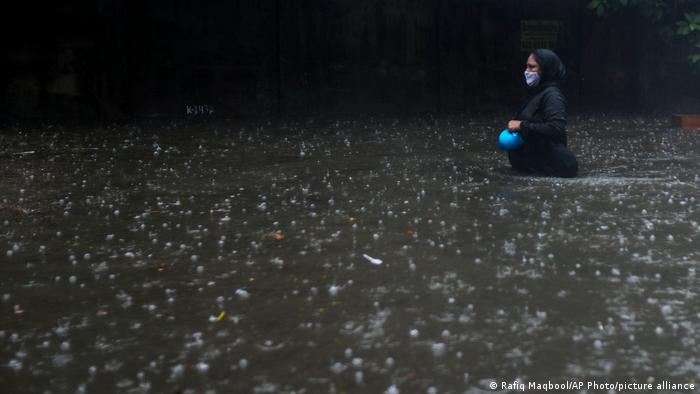 The most severe cyclone to hit India in more than two decades made landfall on Monday, just hours after authorities cleared areas in the storm's path and halted COVID-19 vaccinations in one western state.

More than 200,000 people were asked to leave their homes in Gujarat state while authorities closed several ports and suspended coronavirus vaccinations.

Cyclone Tauktae, which has already killed at least a dozen people after sweeping across the Arabian Sea, also destroyed infrastructure in the coastal states of Kerala, Karnataka, Goa and Maharashtra, while strong winds and heavy rains lashed the financial hub of Mumbai, causing flooding. 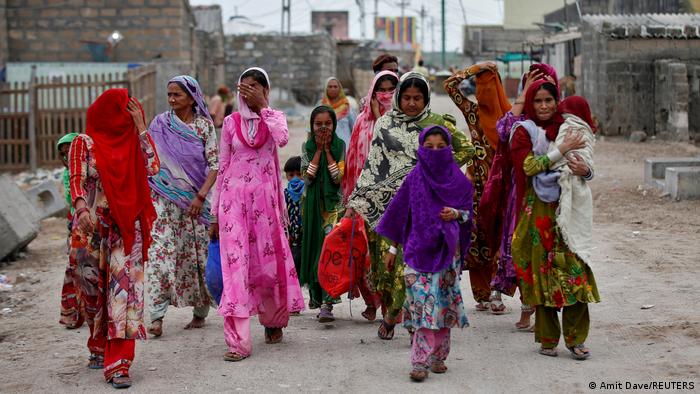 More than 200,000 people have been asked to leave their homes in Gujarat

Earlier on Monday, the IMD categorized the storm as "extremely severe," upgrading it from the "very severe" category.

State Revenue Secretary Pankaj Kumar said Tauktae would be "the most severe cyclone to hit Gujarat in at least 20 years." 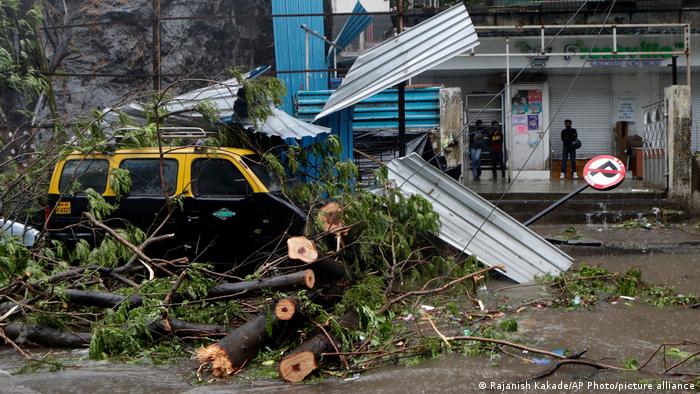 "This can be compared with the 1998 cyclone that hit Kandla and inflicted heavy damage," Kumar told Reuters.

The 1998 cyclone that tore through Gujarat killed at least 4,000 people and caused hundreds of millions of dollars in damage, local media reported at the time. Cyclone Tauktae comes at a time when India is already battling a devastating surge of COVID-19 infections that is killing at least 4,000 people every day.

State chief minister Vijay Rupani requested officials to ensure that oxygen supplies for hospitals were not disrupted during the storm.

According to Kumar, 1,383 power backups have been installed to ensure coronavirus hospitals are not faced with power outages.

"Thirty-five 'green corridors' have also been made for supply of oxygen to COVID hospitals," he said.

Gujarat authorities are continuing to move hundreds of thousands of people to temporary relief shelters, prompting concerns over increased risk of virus transmission in crowded shelters.

Mumbai, meanwhile, closed its airport for several hours on Monday and urged people to stay indoors. A day earlier, 580 COVID-19 patients were transferred "to safer locations" from three field hospitals.