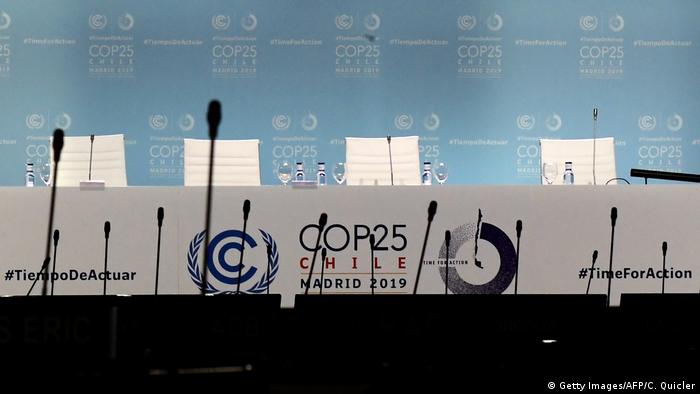 Negotiators at the UN climate summit in Madrid agreed Sunday to a deal aimed at averting a global warming disaster, though the deal pushed key decisions to a future date.

The marathon talks went into overtime, extending more than 36 hours past the expected conclusion and making COP25 the longest UN climate conference to date.

The final agreement was far from the bold call to action that climate protection proponents had hoped for. Many of the delegates expressed disappointment over the outcome of the conference.

Read more: COP25: When it comes to climate protection, Germany still has a lot to do

Crisis on the horizon

Scientists have pointed to abnormal extreme weather phenomena as partial evidence of the man-made destabilization of Earth's climate system.

Under the 2015 Paris accord, countries agreed to take measures to prevent global temperatures from reaching 2 degrees Celsius (3.6 Fahrenheit) above preindustrial levels.

Activists have argued that governments need to do more to reduce greenhouse emissions, citing the potential for irreversible conditions.

On her way back to Sweden from a climate conference in Madrid, teenaged activist Greta Thunberg encountered Germany's overcrowded trains. Twitter users commiserated with her situation. (15.12.2019)