Climate change a threat to tourism in Spain | Business | Economy and finance news from a German perspective | DW | 20.06.2019

Climate change a threat to tourism in Spain

Climate change is hitting Spain harder than most other European nations. Drinking water is scarce and beaches are receding. There's a danger that tourism in the country will suffer a major setback in the decades to come. 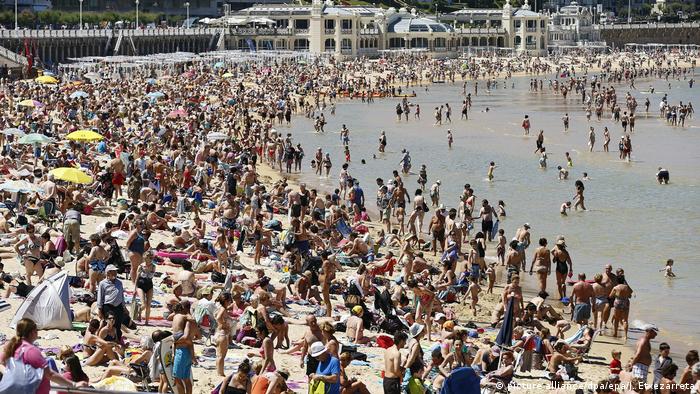 British economist Nicholas Stern said earlier this year there could be no doubt that if temperatures rose beyond the limits laid down in the Paris Agreement, Spain would risk turning into a Sahara-like desert.

As climate activist Greta Thunberg mobilizes Spain's youth, many are wondering if policymakers in the country have really got the memo regarding the importance of environmental protection and renewable energies to the southern European nation.

At the recent Med7 meeting of Mediterranean countries, Spanish Prime Minister Pedro Sanchez said his nation had to take the lead in climate protection in Europe, indicating that the rise of temperatures and strong winds were already having an impact on Spain's most stable source of income — tourism.

Tourism still secures the most jobs in Spain, a country traditionally suffering from high structural unemployment. For the government it's clear that the tourism sector has to be supported in any possible way.

This is why Sanchez attended the "Change the Change" climate protection conference in San Sebastian earlier this year to support the call for speeding up climate-protecting measures. "We have to be serious about meeting our climate targets," said Sanchez, who aspires to spearhead Europe's campaign.

He intends to put forward Teresa Ribera, his environment and energy minister, for the post of vice president of the European Commission. Luis Mereno from the Energias Renovables journal has recently praised her for scrapping a tax on self-installed solar panels, saying she had prepared the ground for a new energy policy in the country. 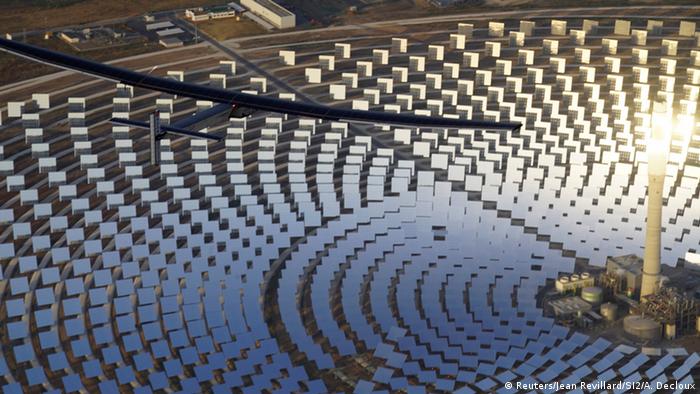 Mereno believes Ribera is a very talented and competent minister in the Sanchez cabinet.

At the moment, Spain still has to import €40 billion ($45 billion) worth of gas and oil annually, mainly from Algeria and Saudi Arabia. It could save at least part of that money by boosting solar energy. Spain boasts 3,000 hours of sun per year and has many unused areas where solar farms could be built, says Jose Carlos Diez from the University of Alcala, near Madrid.

"We produce 1 megawatt of solar electricity for €30 — in Germany and France you pay €40 for the same amount; in Britain even €60," said Diez.

Energy costs are also crucial for the tourism sector, being one of the largest energy consumers and accounting for 15% of gross domestic product (GDP). Passenger aviation and the cruising industry have increasingly become the target of criticism from environmental pressure groups.

The latter have also criticized high water consumption in hotels and at golf courses. Water treatment has also been identified as a major problem. In tourist hotspots such as Majorca, the Canary Islands or Benidorm, water from the tap still has to be filtered.

A lot of energy is consumed in the roughly 750 desalination plants, which pump the salt back into the ocean, thus changing the underwater landscape near the coasts.

Desalination, which has been used in Spain since 1964, has paved the way for mass tourism in the first place. Today, Spain only trails Saudi Arabia, the US and the United Arab Emirates in desalinating the most water, according to Spain's AEDyR industry group. The desalinated water is used in agriculture and on many golf courses, which are also in evidence in the dry southern parts of the country.

Not only is Spain a tourist magnet, it's also one of the world's largest exporters of agricultural products. Farmers have also drawn the ire of environmentalists. The latter say farmers waste a lot of water, use pesticides and damage the soil through dubious cultivation schemes. At least that's the opinion of Madrid-based tech entrepreneur Rafael Alvarez. 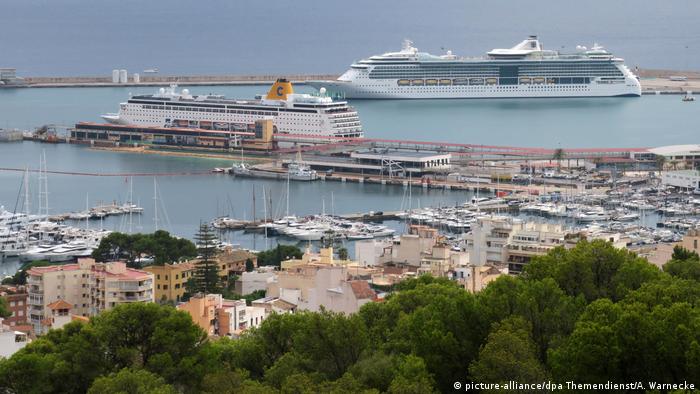 Cruising ships like these here in Palma, Majorca, have been identified as heavy polluters by environmentalists

Rising sea levels are a huge problem for Spain, he says. He's convinced that in the years ahead many beaches and fields will be flooded. In the north of the country, there's mounting soil erosion along the 5,978 kilometers (3715 miles) of coast where 90% of all tourists spend their vacations.

Inigo Losada, research director at the Environmental Hydraulics Institute of Cantabria, warns that holiday homeowners and hotel chains will feel the pinch. Diving gets less attractive for tourists, if coral reefs disappear, he argues, and the danger of coastal areas being flooded doesn't help tourism either.

Major Spanish tour companies such as Melia, Barcelo, Iberostar and Riu are preparing for the worst. Melia has already inquired about how hotels in the affected regions can get adequate insurance packages.

Losada says German holiday homeowners in Spain should do the same. "I have no way of knowing whether we'll be able to stop climate change," he warns, indicating that in his opinion some people should already relocate to be on the safe side.

"But no one wants to talk about such things," says Tim Wirth, a real estate lawyer, who's also active on Majorca. "Because they're afraid it could make people panic."