With guidance from Karl Lagerfeld, the shy German teen became an iconic 1990s supermodel. Beneath the glamor, Claudia Schiffer was lauded as a disciplined professional. The "Ice Queen" maintains her cool at 50.

Unlike the generic, faceless catwalk models of the 2020s, Claudia Schiffer was among a group of 1990s supermodels who were celebrated like rock stars. At the age of 50, the celebrity model symbolizes a bygone fashion era that holds increasing fascination today.

Schiffer made her name in an iconic 1989 photoshoot for the Guess fashion brand. "I never had the urge to be in the spotlight," she confessed a few months ago in the British edition of Elle fashion magazine. She was always considered diligent, disciplined — and free of scandal. Unlike the wilder supermodels of the era, like Kate Moss, Schiffer never made headlines for being drunk at after-show parties.

"In the last 30 years I had the reputation as a sort of 'Ice Queen,'" Schiffer wrote in her eponymous 2017 book about her 30-year career. "A little cool, professional and always restrained when out of the spotlight. A somewhat harsh, but not unfair description." 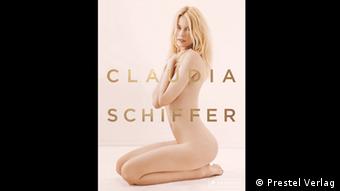 The cover of 'Claudia Schiffer,' published in 2017

Discovered on a dance floor

Schiffer was discovered at 17 on the dance floor of a disco in Dusseldorf. At the time, she wanted to follow in her father's footsteps and become a lawyer. But the shy young girl from Rheinberg, a northwest German town, was soon a star, her blue eyes, blonde mane and legendary pout used to sell fashion, cosmetics, soft drinks and car brands around the world.

In addition to strutting the catwalk for haute couture label Chanel and modeling for fashion chains such as Mango and Accessorize, Schiffer's face also soon adorned the front pages of more than 1,000 magazines. It was a lucrative career; the supermodel today has assets estimated at around €200 million ($236 million).

In 1989, the German photographer Ellen von Unwerth photographed Claudia Schiffer in a legendary shoot for the German edition of Elle, describing the 19-year-old model as a "healthy German girl with a stunning smile" and comparing her with Brigitte Bardot.

The resemblance to Bardot meant Schiffer was particularly well received in Paris. As early as 1988, designer Karl Lagerfeld signed her with Chanel, helping "La Schiffer" to become the world's best paid model.

"I will be forever grateful to him," she wrote on the occasion of the German designer's death in 2019, adding that the designer taught her about fashion, style and how to survive in the fashion industry. 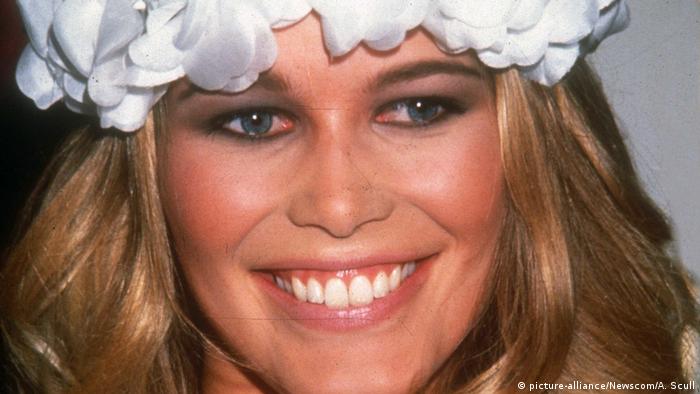 The world at her feet: Claudia Schiffer in New York in 1989

Schiffer's career soon catapulted beyond catwalks and photo modeling to become her own brand. She worked with world-leading photographers like Peter Lindbergh, Mario Testino and Helmut Newton, her iconic look setting her apart. Star designers Dolce and Gabbana wrote of Schiffer: "Her perfect beauty overwhelmed us from the start: luxurious, shining golden locks, eyes as blue as Sicilian waters, a body stature that recalls antique statues of goddesses."

But it wasn't just star designers and global brands that wanted to be associated with the supermodel.

"It was insane," Schiffer recalled of her peak years in Elle. "Like being a rock star. You couldn’t get to your car unless a path was carved for you. People would cut holes in the fashion tents and try to take pictures of us." She had to employ security to guard her underwear. "When I was out on the runway I'd come back and constantly my underwear would be gone — my bra, my knickers … gone!" she said.

Quiet life in the English countryside

"I am so happy to turn 50 and in my life I have never felt safer or happier. I don't try to look or feel younger," Schiffer recently told Britain's The Telegraph newspaper.

Schiffer retired from the catwalks in her late 20s. In 2018, she once again appeared in a Donatella Versace show together with fellow '90s supermodels Naomi Campbell, Cindy Crawford, Carla Bruni and Helena Christensen.

But the celebrity model still adorns the front pages and continues to be the face of major brands, including Chanel's J12 watch.

Today Schiffer lives with her husband, the film producer and director Matthew Vaughn, and their three children in the countryside in Oxfordshire, about 100 kilometers (62 miles) from London. Secluded but still busy, she designed her own "Claudia" clothing and accessories collection for a French brand. She also maintains an Instagram account with 1.3 million followers.

Meanwhile, at the Kunstpalast art museum in Dusseldorf, the city where it all began, she is curating an upcoming photography show drawn from her perspective on the dazzling 1990s fashion world.

More than 10 years ago, the Dulatov family fled from Chechnya to Germany. Now, the Dulatov brothers are sought-after fashion models – though their ultimate goal is to become professional MMA fighters.

Chanel pays tribute to Lagerfeld with his final collection

With Fashion Week in Paris, the German designer's iconic white ponytail and dark shades were missed. Karl Lagerfeld was nevertheless present at the show with his final collection for Chanel.