How Karl Lagerfeld made an icon of himself

He was more than a legendary designer. Gerd Müller-Thomkins, director of the German Fashion Institute, discussed with DW Lagerfeld's French and German sides, his irony and his unique twist on today's selfie society. 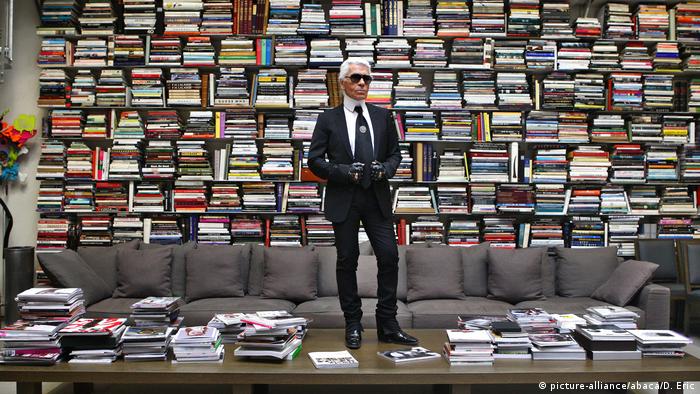 DW: What was Karl Lagerfeld's importance for the world of fashion?

Gerd Müller-Thomkins: "Emperor Karl" or "Charlemagne," as he was called, was something of the Sun King of Fashion. Consider his long career of 35 years as designer-in-chief for Chanel, a fashion house rich in tradition, and decades spent with other brands like Fendi, Balmain and Chloé, and it's clear that we've lost a fashion genius. And his talent didn't just find its output in fashion, but also in photography and literary activities.

We're taking leave of an extraordinary personage who made an icon of himself. One expression of that iconic status was his appearance in his slim outfit after losing weight, complete with sunglasses, fan, ponytail and gloves with exposed fingertips. He once said in an interview: "I am up to 90 percent virtual." That of course is what happens when someone is so pervasive for so long, so clear in his self-presentation and when expressing the the styles of the brands he worked for.

What was his signature at creator-in-chief at Chanel?

He took over the brand when it was pretty run down, saying, "It's not my job to do what Coco Chanel did, but to do what she would have done." There's a lot contained in that statement. Design is always about picking up traditions and reinterpreting them, adding a personal, authentic note to traditions in their modern forms of expression.

Lagerfeld always continued to interpret classical brands in the spirit of the time. He comprehended Coco Chanel as an idea, and certainly Fendi as well. He took those philosophies and further developed them, seizing the moment and carrying it into the future while creating the greatest possible contradiction to what was otherwise transpiring in the world of fashion.

As we know from his public appearances, he was a very courageous individual. Never at a loss for words, he celebrated that talent in talk shows. But he was also a multi-talent. What can we learn from that? We can take his authenticity and individuality as an example to be followed — also regarding a necessary amount of creativity that is always required when giving a modern expression to tradition.

Lagerfeld's fashion shows were always structured to represent topical issues, in terms both political and social. They always had to do with issues like liberation, the environment, consumerism and mobility. Lagerfeld was an extremely intellectual person rooted in the northern German mercantile tradition, and he ingeniously combined that with French fashion creativity. We know how those factors merged in his personality — and that can be truly seen as a model to be emulated by generations to follow.

His extravagance was his trademark. How important was the self-assigned role of dandy to his success?

Above all, Karl Lagerfeld was very much in touch with the times and comprehensively reflected on social and business trends. Even his dandy qualities mirrored the unbridled narcissism and egocentricity of today's selfie society, where it's all about "Me, Myself and I." He anticipated that too or at gave it his own twist because he was a very individual dandy. I think every child today could recognize Karl Lagerfeld by his silhouette.

The combination of sunglasses, ponytail, fan and gloves with exposed fingertips made him immortal during his lifetime. Then there were the pointed boots, enhanced later on with studs. It all had the allure of a rock star — and that at age 85. In the pop culture scene, where ageing is no longer limiting, he was in good company of course. I think that the self-transformation into an icon was an essential part of branding and the presentation of the brands he represented. He always had commercial aspects in mind — of course reflecting his personality in his outward appearance and attitude, but doing so quite consciously.

Lagerfeld was full of contradictions. On one hand, he was considered vain and imperious. On the other, a man of self-irony and generosity. How does that fit?

To me, contradictions are always a part of creativity. Creativity is a field of tension where intuition and creative reflection develop. You can see that he meant it seriously in other endeavors as well such as the Faust photo novel he created with Claudia Schiffer and David Copperfield. Or in his photos of architecture published in photo albums. Since we're talking about an ingenious spirit and a unique personality, we have to keep the breadth of his creativity in mind. And that creativity always had a touch of irony and self-irony, an ironic view of society, and of politics too. In France he put his dry humor, biting tongue and sharp quill to the task creating many drawings that were published in various magazines.

Lagerfeld was at home in both German and French cultures. What was the importance of "the French" in him, and of "the German?"

The particularly German quality was clearly his sense of discipline. I mentioned his background in a family of tradesmen. His success certainly would not have been possible had he come from a different background. We can't imagine his daily calendar or the velocity with which he sped through life. That's maybe most recognizable in the staccato quality of his voice and syntax. He was a person overflowing with knowledge, thoughts and creativity. The creativity and the artistic dissemination he sought were however not to be found in Germany. He found those things in France. So both sides — call them the yin and yang — were represented in him. 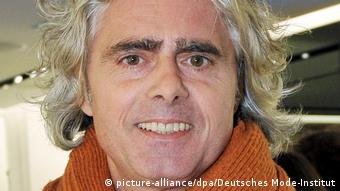 I think it's a matter of style and attitude in various ramifications that go beyond the field of fashion, something that's probably lacking in politics today — and something this man simply had; maybe it was a quality of his generation.

As far as his fashion style goes, I personally esteem the successful hybrid of the traditional and the modern. If, for example, you consider Chanel's little tweed jacket or her little black dress: Those things have existed for decades. But if someone is able to give a modern interpretation to this material quality of fashion and, through modern patterns and up-to-date colors and cuts, bring it into a context that's perceived as credible today — for instance, by combining that tweed jacket with sneakers — this grounds the hybrid approach of fashion into reality. He was someone who, despite his illustrious personality, clearly remained grounded on what was to be expected and desired in his interpretation of fashion according to the times we live in.

Gerd Müller-Thomkins is the director of the German Fashion Institute (DMI) based in Cologne. For several years, the DMI has researched and analyzed current socio-cultural developments, trends and the zeitgeist of the fashion market, offering information for diverse branches of creativity including designers and product developers but also for industry and trade.

She‘s the most famous cat on the globe. Her owner would even marry her if he could. Star model, e-cat and travel companion: Choupette is Karl Lagerfeld’s current source of inspiration. (14.04.2015)