She‘s the most famous cat on the globe. Her owner would even marry her if he could. Star model, e-cat and travel companion: Choupette is Karl Lagerfeld’s current source of inspiration. 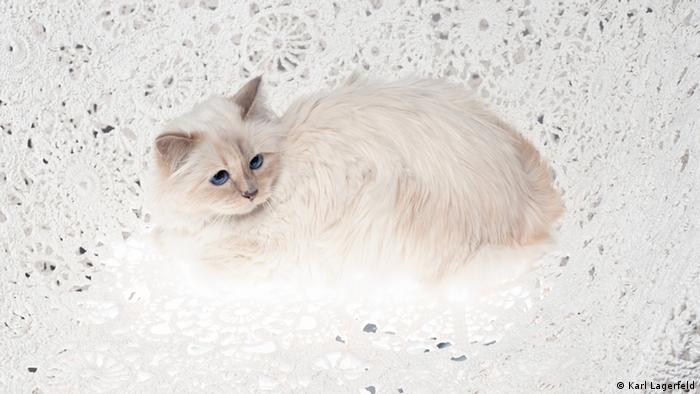 The three species that invest the most time cultivating their appearance are women, flies and cats - so the saying goes. So it comes as no surprise that a feline should set up shop in a fashion designer's home and soon have the last word - or meow - there. Choupette once belonged to supermodel Baptiste Giabiconi. She was only supposed to stay for a couple of weeks with Lagerfeld, but Giabiconi soon found himself sans cat - and his status as Lagerfeld's muse was passé too.

Kurt Tucholsky, the German source of many aphorisms, is often quoted: "Dogs have masters. Cats have servants." That truly goes for Choupette, who has two ladies-in-waiting, a bodyguard, personal doctor and chef at her beck and call. The latter also devises gourmet treats for Choupette's human companion. 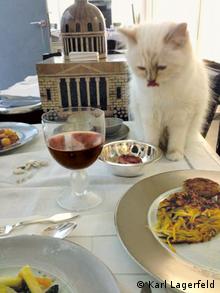 But watch the red wine!

She sits at the table with Lagerfeld but never steals anything from his plate. No need to, as she always has several delicacies to choose from. Some of her favorites are printed in the illustrated book "Choupette: The Private Life of a High-Flying Fashion Cat." The photos were taken by her chief admirer, the fashion czar.

Sometimes the two go out to eat. A notable refreshment: the "fresh water cocktail," a special blend of five varieties of mineral water. And a favorite from the Maison du Caviar: king crab. But careful: the caviar in the dish isn't healthy for felines if consumed too liberally. Not to worry though: the chef there is well-informed. The "I'll do anything for my cat" reader can try out the recipe; it's in the book.

Choupette enjoys South American music but not opera. Her favorite pastime: tossing Lagerfeld's pencils off the desk while he's trying to work. Recreational activities give her the requisite stamina for life as a supermodel. Her first engagement was in 2012, posing with Laetitia Casta in the Shangri-La hotel with a view of the Eiffel Tower and the Seine. After the photo graced the cover of "V Magazine," she's appeared only with other supermodels. Choupette seems to enjoy life in the limelight, but not everything that goes along with it. Getting nails trimmed is an annoyance. 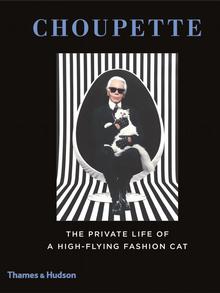 More than just a pet: Choupette

"Her eyes are like star sapphires," Karl Lagerfeld writes. As his muse, Choupette has inspired entire product lines such as handbags with pointed-ear-and-whisker motifs. And "Choupette blue" - that trademark eye color - turns up on dresses and mascara.

Cats prefer familiar surroundings, but we all sacrifice for our careers. The itinerant Choupette travels in style, with custom-made bags. She has nearly as many as her owner: for a selection of treats, for eye drops, brushes - and not to forget, she's only feline - the litter box. For meals and between-meal snacks, House Goyard designed a traveling bag with cat dishes. When in Lagerfeld's private jet, Choupette can move around as she pleases onboard. She likes to visit the pilot in the cockpit. 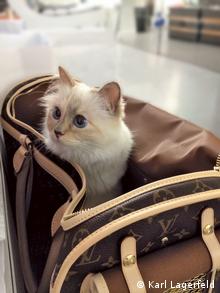 Don't let the cat out of the bag

A cat for the digital era: Choupette moves freely through the internet too. She can be seen on tens of thousands of web pages or in action on YouTube. Her diverse emotional states are represented on Karl Lagerfeld's emoticons, the "EmotiKarls." Her first tweet, on June 6, 2012: "Everything from my whiskers 2 my meows inspire." Rumor has it that ghostwriter Ashley Tschudin, now director of social media at "The Daily" newspaper, actually wrote that. Whoever the author, Choupette now has tens of thousands of followers on Twitter. 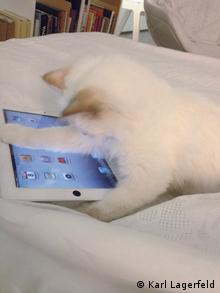 How many followers now?

Writer Truman Capote invented the character named "Cat." A co-star to Audrey Hepburn in the film "Breakfast at Tiffany’s," Cat embodied the proverbial blend of independence and attachment so unique to felines. Other artists like Dorothy Parker, Saul Steinberg, Pierre Lotti and Edward Lear and their cats are also represented in the tome.

Choupette is Birman by breed, but does it matter? As French author Colette wrote, "There is no such thing as an ordinary cat." Her colleague Jean Cocteau summed it up: "I love cats because I love my house, and because more and more they become the soul made visible." You don't have to explain that to a cat lover.

Choupette: The Private Life of a High-Flying Fashion Cat is published by Thames & Hudson

Gisele Bündchen hangs up the heels

She is the highest paid model in the world, and has been credited for bringing a salubrious look back to the fashion runways of the world. Now Brazilian supermodel Gisele Bündchen is hanging up her heels at age 34. (13.04.2015)

A virus that commonly infects algae has now been shown to infect humans and make us process visual information slower than is normal. It's made us want to take a quick look at other weird infections. (06.11.2014)

Lagerfeld's Cat as an Advertising Star