The work of the iconic German photographer known for images that capture playful, sensual and bold women is the subject a new retrospective, "Ladyland," that explores 30 years of empowering feminine image-making.

It's fitting then that "Ladyland," a new retrospective opening May 4 at Opera Gallery in London, puts von Unwerth's images where her models usually are — front and center and under the lights.

A show that reopens a dialogue about the objectification of women in fashion, "Ladyland" also comes at a particularly relevant time as the #MeToo movement ignites a powerful debate about sexual harassment and inequality in the entertainment industry.

Born in Frankfurt in 1954, von Unwerth lost her parents at age two and spent her youth between orphanages and foster homes. 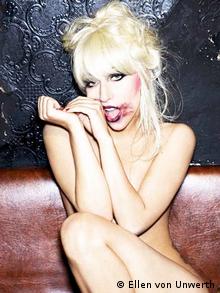 But despite these circumstances, she looks back affectionately on this time in her autobiography "Fräulein" — which also explores the female icons she later photographed including Claudia Schiffer and Kate Moss.

"I didn't suffer too much," Unwerth wrote of her early years. "In fact, I remember my childhood as being very happy."

Shortly after she graduated from high school in Munich, Von Unwerth worked as a circus assistant performing stunts and magic. At age 20, she was approached by a photographer on the street and was invited to model.

Moving to Paris, von Unwerth worked in front of the camera for several years until her boyfriend gifted her a camera. Having felt limited as a model, her yearning for creative freedom was unleashed when she began to take photos, as she recently told CNN:

"I was a model for 10 years and I was so frustrated, I was lively and always had fun ideas but the photographers were always like, just stand there, look to the left, look to the right, don't smile."

From model to fashion photographer

"I couldn't believe how much she resembled Brigitte Bardot," von Unwerth  said in an April interview with Vogue magazine. "From that moment, I pushed her look with heavy eyeliner and big hair."

The iconic Guess ad from 1989 with Schiffer in a lace bustier essentially launched the careers both of von Unwerth as photographer and Schiffer as model. 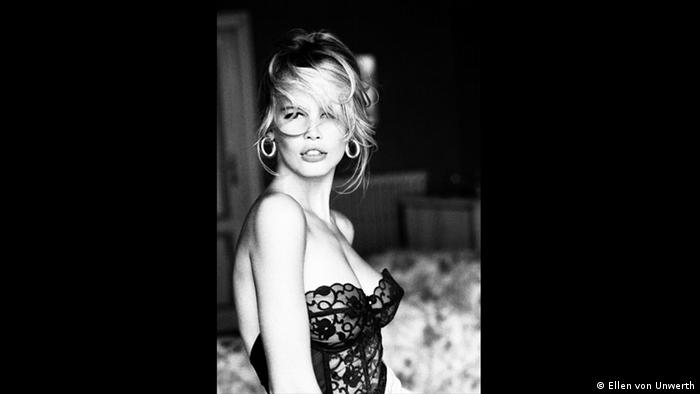 This legendary image is a feature of the "Ladyland" exhibition that curator Sebastian Plantin says is a celebration of 30 years of provocative fashion photography.

"This retrospective is an eclectic collection that ranges from the most iconic photos of supermodels, such as Kate Moss, Claudia Schiffer and Naomi Campbell, to her latest and most playful project shot in Bavaria," Plantin told DW. "I also decided to include some of her most provocative photos, as they are representative of her way of pushing boundaries in contemporary photography."

Von Unwerth's images of scantily clad women posing sensually and acting mischievously may have raised eyebrows over the years, but the underlying theme of her photography is to empower women by portraying them in many different lights.

"Ellen celebrates womanhood in her photography," said Plantin. "Her pictures convey an important message: women are surprising creatures that, on the one hand can be fragile and frivolous, and on the other hand forceful and strong. It is not about being a tenacious or a soft feminist. I would rather highlight how the women in her shots are represented as independent, sexually emancipated and not subjected to men."

Read more: Why pioneering photographer Adolf de Meyer is the 'Debussy of the Camera'

By continuing to photograph models when they think the shoot is finished, Von Unwerth's sought to capture the most genuine images of her subjects and thus bring the female gaze and a feminist perspective to the fore.

"There are very few male photographers who are capable of capturing meaningful moments in a woman's life without making it look fictitious and staged," said Plantin. "Ellen has a better angle and a more profound insight into the fragility and strengths of a woman, being a woman herself and having experienced the other side of the camera as a model for many years."

Indeed, Von Unwerth's work was a reaction to the objectification that was so closely bound to fashion photography.

"I think it is important to understand that I photograph women as subjects and not objects," she stated in the "Ladyland" catalogue. "What I want to immortalize is a woman's personality enhanced and exposed. Often, women appear self-assured, having a lot of fun in my pictures, and that is because it is what is actually happening during the shooting." 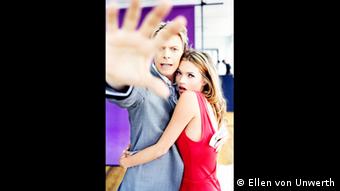 This approach has been taken up by contemporary fashion photographers like Petra Collins, who has been garnering attention and acclaim for depicting women in clothing and environments as close to "natural" as possible.

Von Unwerth's long-running career and well-established professional relationships with notable women in the fashion industry have kept her popular and sought-after, yet she has continued to march to the beat of her own drum.

"Ladyland" runs May 4 through May 18 at London's Opera Gallery.

How men's fashion reflects a 'fake news' and #MeToo world

Trends emerging from the fall/winter 2018 men's fashion weeks in London, Milan and Paris show that designers are reacting to current events — by either depicting men as kids or gearing them up with protest wear. (18.01.2018)

Gianni Versace may have been an Italian designer, but his ties to Germany go way back, and his fame extends worldwide. An exhibition in the German capital celebrates the 40th anniversary of the iconic fashion house. (30.01.2018)