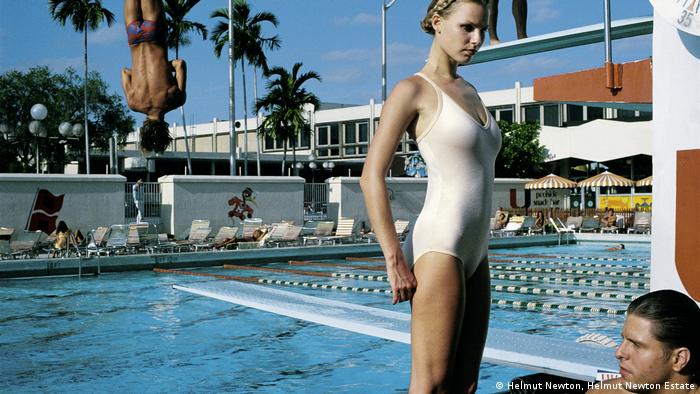 The Bad and the Beautiful was a famous melodrama by Vincente Minelli from the 1950s. Starring Kirk Douglas and Lana Turner, it portrayed behind-the-scenes Hollywood life through stories of rising and failing movie stars.

Director Gero von Boehm intentionally picked the same title for his new documentary on the world-famous photographer Helmut Newton, who was born in Berlin in 1920 and died in a car accident in Los Angeles in 2004. Here too, the film explores the fashion world from behind the scenes, depicting the rich and the beautiful — as seen through the star photographer's camera lens.

"Some of the things that Helmut Newton showed us could be seen as 'bad,'" von Boehm told DW. Through his photos, "he often told stories that hid secrets or which could lead us to think that something terrible had happened. That's what the 'bad' [in the film's title] refers to."

The original premiere at the Tribeca Film Festival in New York in April had to be canceled due to the coronavirus pandemic. Now, Helmut Newton: The Bad and the Beautiful is celebrating its world premiere on July 8 in Berlin, before the film's theater release a day later. 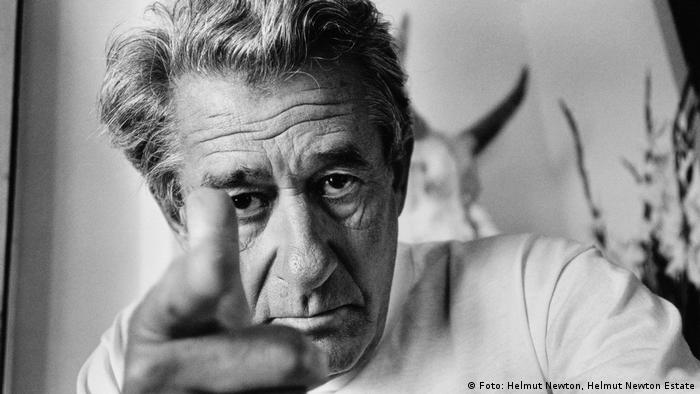 Criticized for his female nudes

Newton could also be seen as "bad" for his controversial portrayal of the female body, which did not please everyone, as he often had his models pose naked for him. "Of course, for many people he was a 'bad boy' or a 'naughty boy,' as his wife always called him," von Boehm pointed out. "He was definitely an anarchist. He overthrew much of what was established in photography at the time."

As for "the beautiful" in the title, it obviously refers to the many women von Boehm interviewed for the documentary: Isabella Rossellini, Charlotte Rampling, Anna Wintour, Grace Jones, Nadja Auermann, Claudia Schiffer, Marianne Faithfull, as well as Newton's long-time wife, June Browne.

The film also shows some of the most prominent critics of Newton's work, such as Susan Sontag in the US and Alice Schwarzer in Germany, who accused the photographer of promoting a clichéed and at times degrading image of women. 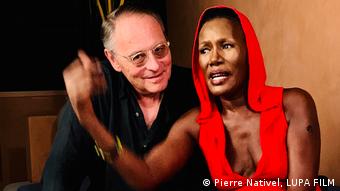 Filmmaker Gero von Boehm with model Grace Jones, who is also interviewed in the documentary

Would the work of an "old white man photographing young naked women" find acclaim in today's #MeToo context? "You have to see Newton in connection with the period during which these pictures were taken," says Gero von Boehm. The sexual revolution of the late 1960s and early 70s coincided with Newton's peak. And at the same time, "fashion photography was going through an absolute revolution," adds von Boehm.

Before Newton, fashion photography was lovely and harmless, with photographers such as Richard Avedon and Irving Penn renowned for their minimalistic and beautifully lit photos, recalls von Boehm. In this context, Newton's provocative approach made him the most sought-after photographer of his generation, adds the filmmaker. 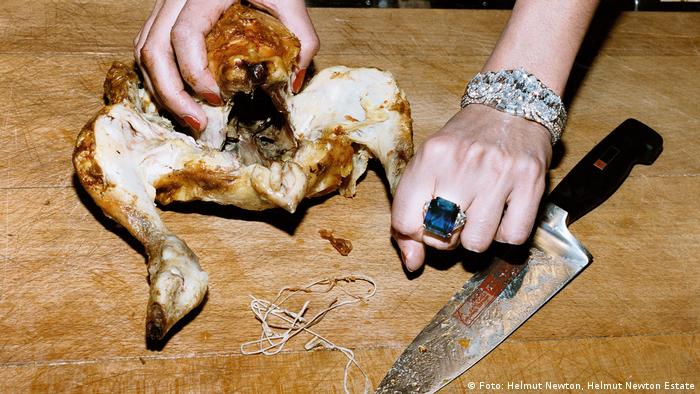 'Roast Chicken and Bulgari Jewels': Many of Newton's works are open to interpretation

Nude photography as an act of liberation

It must also be added that "the women all did it voluntarily; they were never forced by anyone to be photographed that way," says the director. For some, adds von Boehm, it was also an act of liberation, such as for the young Charlotte Rampling. 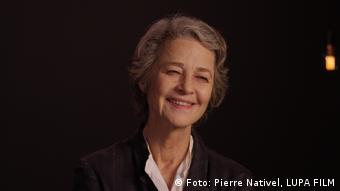 Singer Marianne Faithfull also reveals in the film how the photographer boosted her confidence. Having grown up in a strict Catholic context, "Helmut Newton freed me from the Catholic nuns' prudishness," she says.

Newton contributed to the careers of many stars, as he portrayed women as strong personalities: "He showed us that women are so strong that they don't really need haute couture. They are strong in the nude. And that's great," says von Boehm. 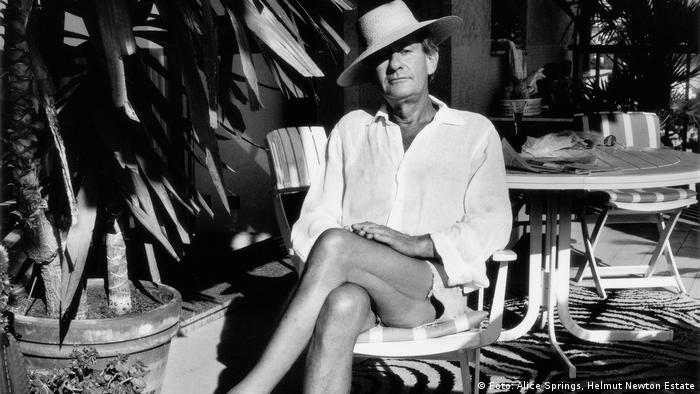 He played with gender depictions: Helmut Newton in 1987

The influence of Hitler's favorite director

And then there's another woman mentioned in the film: Leni Riefenstahl. The director, who made propaganda works during the Nazi era, also shaped the photographer Helmut Newton. "He never denied that. Why should he?" asks von Boehm. In the film, Newton himself explains how the controversial filmmaker influenced him: "Her way of lighting, the shades, and some of the poses. It all affected him."

The interaction between photography and "the dream factory" is the focus of a new group exhibition by the Helmut Newton Foundation in Berlin.

The superstar photographer was born 100 years ago. From Jewish refugee to creator of the "Big Nudes," here's a look back at Helmut Newton's controversial career.