Chronicler of downtrodden accepts book prize | Germany | News and in-depth reporting from Berlin and beyond | DW | 14.10.2012

Liao Yiwu has accepted the 2012 Peace Prize of the German Book Trade. The author, now residing in Berlin, sheds light on China's dark side and gives a voice to those left behind by the country's rapid economic rise. 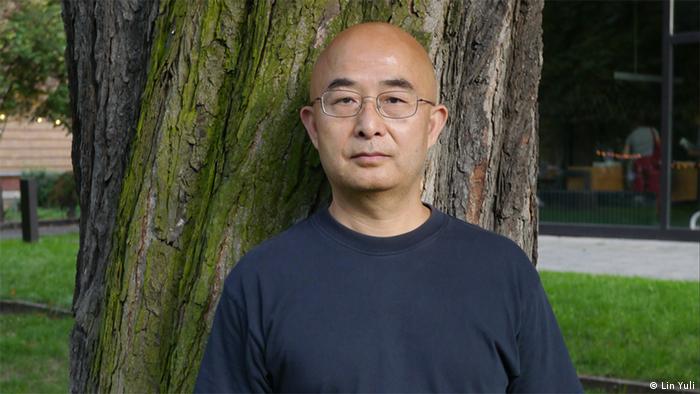 When the protests began on Tiananmen Square in 1989, Liao Yiwu was furious. But his fury was not against the government, nor the corruption that had driven people onto the streets, nor the political repression. Yiwu was furious at the avant-garde Obscure Poets, who had kicked him out of their group during an underground literature meeting. Yiwu returned to his home province and stayed with friends as events in Beijing continued to unfold.

On June 3, 1989, the news arrived that tanks were rolling in Beijing. It prompted Yiwu to write the poem "Massacre," which anticipated the events at Tiananmen Square with fury and sarcasm.

Yiwu created the poem, he later reflected, in the province of Szechuan during the night before June 4, thousands of miles away from Beijing. A few hours later, the tanks did actually open fire on the public - a vision of violence that sadly became real.

The poem brought Yiwu four years of "reeducation through work" - that is, forced, hard physical labor at a camp, after which he wrote no more poems.

"In the labor camp, I truly was reeducated," he said. "I went from poet to chronicler, to being a recording device of my epoch." 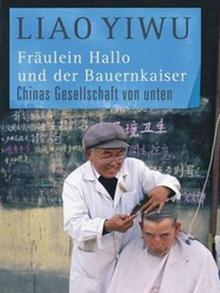 The German edition of "The Corpse Walker"

He wrote stories about people he met, people at the very bottom of Chinese society: prostitutes, prisoners, janitors, morticians. He was able to connect with them because he had become one of them.

"It wasn't hard getting these people to talk," Yiwu said. "I had been in prison and divorced twice - in their eyes, I was even lower."

It's a mammoth report on the sadism of the guards and atrocities committed among the prisoners, painting an unimaginably hellish picture of life in Chinese prisons, unrivaled in detail to date. From lighting oil-drenched strips of cotton on fire on the backs of incoming prisoners, to describing how prisoners would be forced to bite each others' testicles, all is described with relentless realism.

Before the book was released, Yiwu fled to Germany. The Chinese authorities had threatened him with further prison time, should he publish the book - including if he did so abroad. Yiwu rewrote the book after his manuscripts were confiscated twice, despite fearing renewed imprisonment.

"Of course it's horrible when you have to be afraid of going to jail for your work," he said. "But the greater fear is to be forgotten. If I had stopped writing, then all of my years in the labor camp would have been in vain. Then I would have lived for nothing," Yiwu told DW.

In his new book "Die Kugel und das Opium" (Bullets and Opium), he returns to the massacre at Tiananmen Square in 1989. Again he gives voice to those who have been forgotten in China. Over the years, Yiwu interviewed victims of the events of June 4 and includes their words in this volume. 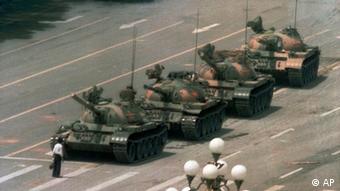 The time is ripe for remembrance, Yiwu said

It's not the student leaders or intellectuals whose voices are heard. Instead, it's the simple citizens who put themselves in the paths of the tanks. The regime condemned such people by the thousands, sentencing them to death or forced labor. They were often punished more severely than the students and intellectuals who began the protests.

Later, these people were forgotten - in the thousands of articles that appeared in China or internationally, Yiwu said he remembers only two or three that mentioned these people. "At that time, the simple people were the ones who carried the heavy load. The time is ripe to remember them," Yiwu said.

'This empire must break apart'

As Yiwu accepted the German Book Trade's Peace Prize at St. Paul's Church in Frankfurt this Sunday (October 14), among other things he reproached the West for making a common cause with China under the cloak of free trade. In his speech, given in Chinese, he said it would be a mistake to believe that China's economic upswing would bring reforms.

"This empire must break apart," said the writer of his homeland. The value system of the Chinese state has long ago collapsed, and is only being held together by the elite's lust for power, he said.

"The days are numbered for a dynasty that kills children."

The 1989 protests in Beijing's Tiananmen Square brought China to a tipping point. Demonstrators, led mostly by students, wanted reform and democracy. The Communist Party didn't. What followed was a violent suppression of the protests on the night of June 3-4.

DW speaks to Rose Tang, a former student leader who barely escaped being killed by the army on that night.

A tearful Chow Hang-tung told the court that discussion about 1989 protests could disappear completely from Hong Kong in the future. Several others are also serving jail time for participating in the 2020 vigil.