Author Liao Yiwu, who lives in Germany, has received the 2012 Peace Prize of the German Book Trade. DW spoke with the chronicler of the suppressed Chinese democracy movement of 1989. 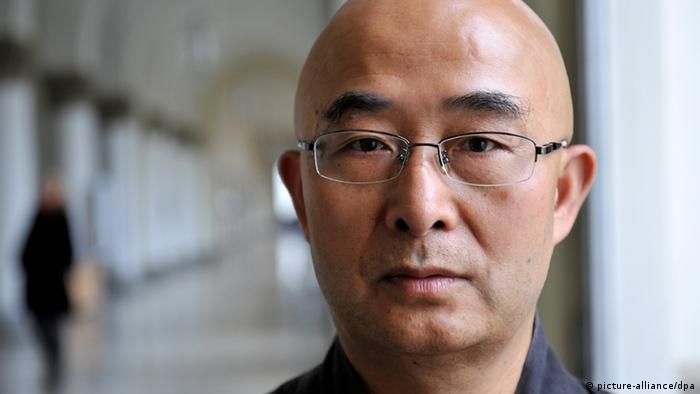 DW: With the "Peace Prize of the German Book Trade," you are being honored with one of Germany's most important German cultural awards. What does this mean for you personally and for other underground writers in China?

Liao Yiwu: Above all, the prize means opportunity. I've heard that when an author receives this prize, his books sell well. My new book "Bullets and Opium" is now out. It's about how the democracy movement in China was suppressed in 1989. Thanks to the prize, the book will be read by many people. The goal of my book is to have as many people as possible remember June 4.

Why is it so important today to remember the bloody suppression of the 1989 democracy movement?

Some strange things have happened this year. Let me cite two examples: a surviving victim of the crackdown hung himself in despair; and there was an attempt with Wangyang, who was sent to prison because of the June 4 movement, to fake a suicide through a hanging. Many pubic remarks have also been made this year. For example, former German Chancellor Helmut Schmidt recently justified the massacre. That's very despairing! That's why I see the book's publication as a fortunate coincidence.

Bullets and Opium is an unusual name for a book. As I understand it, the bullets stand for the Communist Party dictatorship and the opium for numbing the unprecedented economic boom. How low can this ruling system prevail?

If I were to write a book about the Mao era, I would call it "Bullets and a Slap in the Face." Under Mao, there were bullets for his opponents and slaps in the face for all the rest. Deng Xiaoping has introduced a new policy, replacing the slapping with anaesthesia (money), which has worked wonderfully. This policy is now being continued.

You're now living as a writer in exile in Germany. The German philosopher Johann Gottfried Herder said 200 years ago, "Home is where I don't need to explain anything." What is home to you?

My father taught Chinese classics. He talked a lot about classic Chinese literature with me as a child. I've intensively studied books such as Yi Jing (Book of Changes) and Shi Ji (China's first historical works from the 1st century BC). That's why I'm very good at fortune-telling and why I can compare the present with the past. It doesn't matter where I am. My home is where I find such books. I now live in Germany. There are many relics from the Nazi era or from the former GDR in Berlin. All this reminds me of the existence of a dictatorship, especially of the 1989 event. There were many changes that year in both Germany and China.

You view yourself primarily as a chronicler of China. Your books live from peoples' voices. How can you continue your work in exile without access to people there?

I lived in China for 53 years. In this time, I experience a lot and was able to collect a lot of stories and material. It's all in my head. I also made recordings. With this material, I have more than enough work to do through the end of my life. I've already lived most of my life. There are those in exile, by contrast, who left the country as adolescents after 1989. The book "Bullets and Opium" originated largely in China.

In the preface to "For a song and a hundred songs," you write about how the Chinese police repeatedly searched your apartment and confiscated your writings and manuscripts. You conclude with the remark that you had no choice but to dig more holes like a mouse and hide your surviving work even more carefully in even more secretive places. Have you also been able to recover your new book from such a hiding place?

So it is. The book "For a song and a hundred songs" originated in 1990s, no so long after the massacre. That's why security was very tight. The working methods were more primitive. There were no computers, no Internet.

You often appear together with the German Nobel laureate Herta Müller. Is there a sense of "elective affinity" between two people who know exactly how a dictator can destroy people?

Even in China, I read the works of Herta Müller. The latest work of hers that I read was the article "The secret police is still alive," which appeared in the weekly newspaper Die Zeit on July 23, 2009. The article was on the Internet in China. I also illegally obtained the banned movie "The Lives of Others" from the Internet. It was a bizarre experience. In her article, Herta described how the secret police monitored her. She wrote how the Stasi enlisted her best friend to spy on her and how she almost broke down when she learned about it. Such stories are commonplace in China. But Herta Müller did a very good job of writing about them. Her experiences and mine can certainly be compared.

At the International Literature Festival in Berlin in early September, you gave the opening speech. You had originally planned to invite the Karmapa, the third highest lama of Tibet, to the opening ceremony. That's an unusual idea for a literary festival. What prompted it?

The reason is the wave of self-immolations in Tibet. More than 50 Tibetans have meanwhile burned themselves. I know of no other country where there have been so many self-immolations. That's why we considered inviting the designated successor of the Dalai Lama, the Karmapa, who is an excellent musician. His music deals with Buddhist tradition, reincarnation and karma. If the Tibetans saw someone like the Karmapa on the world stage, then the wave of self-immolations would gradually subside, I believe. For Tibetans, the Karmapa is a young, good-looking popular figure. I believe the Karmapa will lead six million Tibetans out of their misery in the future.

Chinese scholars typically appear with long hair and beards but not you. Is there a reason?

The other poets were probably never in prison. I sat in one for years. I was forced to have a shaven head. And my hair has also become thinner with age. So I stuck with this habit – it's hygienic and practical. When I wash my face, I can wash my head at the same time.

Having your head shaved wasn't the only thing that happened to you in prison; you were also tortured. On more than one occasion, you tried to kill yourself. Your book contains a remark from your flute teacher in jail: "If the prison is inside you, you can't be free." Do you feel free today?

At the moment, I can only say that it's a slow process. Only if you write from your soul and fight for the freedom of others can you really feel free.