Christine Lagarde will need all her skills to steer ECB through trying times | Business | Economy and finance news from a German perspective | DW | 01.11.2019 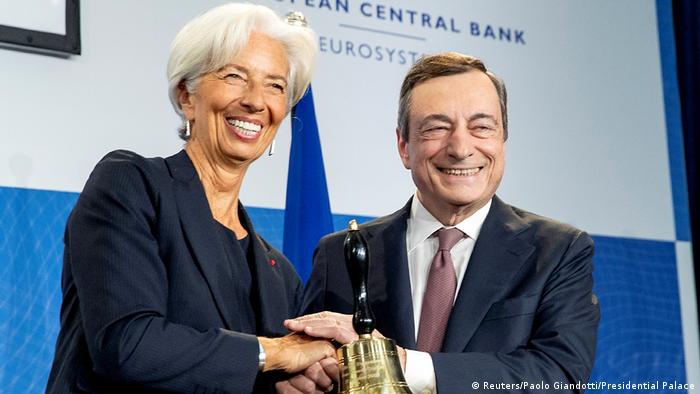 When Christine Lagarde was symbolically passed the European Central Bank leadership baton during a ceremonial event in Frankfurt on Monday, the 63-year-old Frenchwoman was also handed a golden bell (pictured above) that is used to call the central bank's policymakers to order. Given recent grumblings among the ECB's Governing Council members, notably Germany, the Netherlands and Austria, about a continuation of the bank's ultra-loose monetary policy, the gift may come in handy.

Moreover, the first woman at the helm of the eurozone central bank inherits a fresh round of monetary stimulus, which outgoing ECB chief Mario Draghi managed to push through in his final weeks, partly in hopes to smooth Largarde's transition into office.

Under his 2012 pledge to do "whatever it takes" to save the single European currency from collapse, Draghi has driven interest rates deep into negative territory and pumped trillions of euros into the eurozone economy through a quantitative easing program (QE). But a decade of crisis fighting has almost exhausted the ECB's monetary toolkit and has opened up unprecedented dissent between those eurozone members who back this policy and those who are losing faith in further easing.

All this means that Lagarde's leadership skills will be tested from the very first day she begins her eight-year term in office on November 1. But many of those who've worked with her in the arena of international diplomacy are convinced she is up to the job. Nathan Sheets, a former undersecretary for international affairs at the US Treasury, is one of them.

"Throughout her career, Lagarde has been a synthesizer, a moderator and an arbiter in the way she acted in the international community, and that's how I'd see she would lead the ECB," he said. 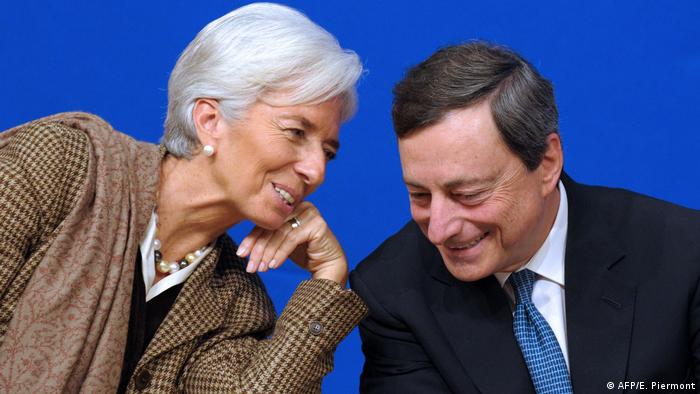 Unlike 'Super Mario' Draghi's (right) strong leadership style, Lagarde is said to deal with problems without preconceived ideas and then lean on colleagues to examine every angle of a problem

Unlike Mario Draghi, who has a Ph.D. in economics from the Massachusetts Institute of Technology (MIT), Lagarde is not an economist and has never been forced to devise monetary policy.

After studying law in Paris, she did a master's degree in political science in Aix-en-Provence, France. Twice rejected by the Paris-based elite school Ecole Nationale d'Administration, she joined US law firm Baker McKenzie in 1981. She spent two decades there as a lawyer and later became chairwoman before leaving in 2005 to join the French government. Nicolas Sarkozy made her France's first female finance minister — a position in which she won respect for steering the country through the turmoil of the 2008/09 financial crisis.

In 2011, her career entered global politics as she became the head of the International Monetary Fund (IMF). Her diplomatic and negotiating skills became noticeably evident during the Greek financial crisis in 2012, when the so-called troika of IMF, ECB and the European Union hammered out a multibillion-euro bailout deal with Athens that avoided a breakup of the eurozone. 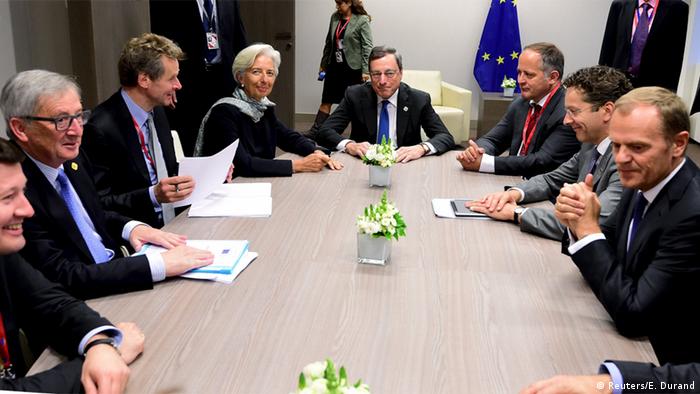 Lagarde once said she "hates math," which betrays a certain lack of technical expertise about setting monetary policy. For that, she'll probably rely on former Irish central bank chief Philip Lane, who was named the ECB's chief economist this summer. Instead, she will focus on crafting diplomatic solutions to emerging problems, which would mark a shift toward a more political bank.

In an interview for Bloomberg last month, Lagarde said she would "start with teamwork" that would allow room for disagreement. But once a decision was made, she'd expect policymakers to "move together." After initially hesitating to take the ECB job, she felt she had the diplomatic skills, political sense and understanding to do it, she added.

Now, Lagarde will oversee the world's second-biggest currency in an economic zone so diverse that a one-size-fits-all monetary policy sometimes seems ill-conceived. A dramatic public schism occurred last month, when the ECB agreed to resume government bond purchases in an effort to kick-start fading economic growth and nudge up inflation to its target of just below 2%.

In what's said to be the biggest dissent ever in the ECB's two-decade history, more than a third of policymakers objected to the move. Governors from economically conservative economies in the north opposed Draghi's stimulus package, while southern European nations supported it. Criticism of the ECB has been fiercest in Germany, where it is regularly accused of penalizing the country's savers while rewarding profligate southern European states.

Marcel Fratzscher, the head of the German Institute for Economic Research, says ECB decisions have often generated a backlash from politicians and the media. "My big hope for Lagarde is that she will be more successful at communicating to the average man in the street what the benefits of ECB policy are for them, even if they earn nothing on their bank deposits," he told DW.

In recent years, Lagarde has been able to build close relationships with a number of powerful leaders in Europe, including Chancellor Angela Merkel and Finance Minister Olaf Scholz from Germany. French President Emmanuel Macron is said to trust her. But it is yet to be seen if the support is strong enough to achieve the higher spending by governments with fiscal space, notably Germany, which Lagarde is calling for.

"Why not use this fiscal surplus and invest in infrastructure. Why not invest in education, in innovation to have a better rebalancing in the face of current imbalances," she told French radio RTL on Wednesday.

The call is coming as the ECB's monetary capabilities to spur sluggish eurozone growth are diminishing by the day. Already there are estimates that the bank will soon be running out of bonds and assets it can buy under current rules. And with interest rates already at zero — for ECB deposits even lower at -0.5% — fears are mounting that monetary policy is running out of ammunition before the next recession has even started.

"Christine Lagarde has to do this delicate balancing act of saying there is more she can do, while insistently asking others, including fiscal policymakers, to help," said Olivier Blanchard, a former IMF chief economist.

As if this isn't enough on her plate, Lagarde said a few days ago that she was also interested in issues like inequality, female empowerment in finance and the economic impact of climate change, which were relevant to central bank policies. But asked recently whether she would also do "whatever it takes" to save the euro again, she admitted that the ECB didn't possess a magic wand and added that she wasn't "a fairy."