Why are interest rates negative in Europe? | Business | Economy and finance news from a German perspective | DW | 25.09.2019

Why are interest rates negative in Europe? 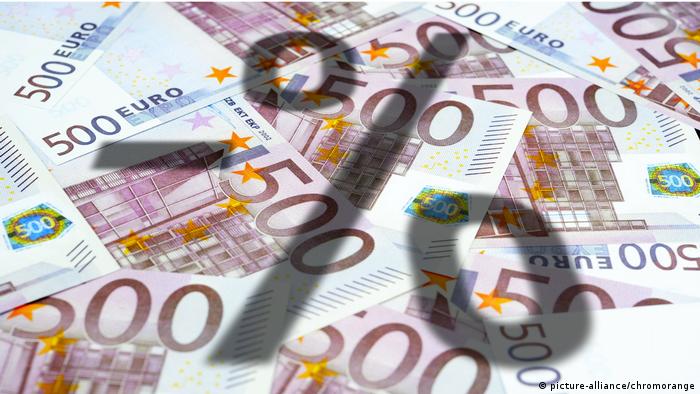 For anyone in need of money, Germany seems to be a paradise on earth these days. Not only can the country's government effectively get paid for borrowing money, consumers too can enjoy a money-for-nothing rate environment, provided they are considered solvent enough.

The other side of the coin is, however, that savers get no returns at all on their money, and banks are considering punishing those who hold more than €100,000 in their accounts by passing on the negative interest rates imposed on them by the European Central Bank.

The era of ultra-low and finally negative interest rates in Europe began when the ECB was battling the global financial crisis triggered by the collapse of US bank Lehman Brothers in 2008, and the European sovereign debt crisis that followed in 2010.

The immediate financial shocks of those crises have been overcome, but a decade later their effects on the real economy, including low inflation and subdued growth, continue to rankle, requiring further unconventional policy measures such as negative interest rates.

A trigger for the ECB to cut its deposit rate in September to a record low of -0.5% was a renewed drop in the eurozone inflation rate to 1% in August, well below the central bank's target. Moreover, the bank had to revise downward its growth projections for this year and next, predicting growth at just above 1% — below what is considered the bloc's natural potential.

"The Governing Council now expects the key ECB interest rates to remain at their present or lower levels until it has seen the inflation outlook robustly converge to a level sufficiently close to, but below, 2%," the ECB said, and its president, Mario Draghi, added that "now it is high time for the fiscal policy to take charge" of promoting growth.

A negative deposit rate is intended to encourage lenders to do something more useful with their money than park it with the ECB. It's also designed to help weaken the euro to provide some assistance to eurozone exporters, and, hopefully, spur prices at home by making imports more expensive. Higher state spending, meanwhile, is aimed at boosting economic activity, which after a decade of only moderate growth is currently stalling or even receding.

Apart from the euro area, Switzerland, Denmark, Sweden and Japan have also allowed rates to fall below zero. Interestingly enough though, when negative rates first appeared, investors and economists assumed they were a response to idiosyncratic events, such as the eurozone sovereign debt crisis — an emergency that required temporary central bank easing.

Today, however, it is hard to blame negative rates on a specific "event," except maybe if you believe that Donald Trump's trade wars will deal a devastating blow to global growth.

Instead, the investors, economists and policymakers are increasingly pointing to long-term structural explanations for the shift to negative rates. They cite demographics, saying that aging developed world populations may be suppressing demand. It is also speculated that technological innovation may be dragging prices down.

Others argue for secular stagnation, which is when low demand and a reluctance to invest create a self-reinforcing downward loop. Or simply put, thanks to the central banks' flooding of markets with cheap money, there're just not enough opportunities around to put it to any profitable use.

When is the time to say enough?

So the question is for how long can a negative rate environment continue before it hurts the real economy?

With interest rates so low in Europe, the return on loans or other debt is not matching the risk for commercial banks, leaving more expensive equity financing as the sole source of funding. That increases the overall cost of project financing so that potentially growth-enhancing projects never get off the ground.

Furthermore, the Association of German Banks has estimated that European lenders pay €7.5 billion a year for their excess deposits with the ECB. By contrast, US banks still earn billions from the US Fed for their holdings due to a positive rate environment.

"It is a remarkable burden for banks who find it more or less impossible to convey this cost to retail savers," the director of the association, Volker Hofmann, said.

This means there are also limits to how much of the burden the banks can transfer to retail savers by introducing negative as that could prompt depositors to avoid being charged by choosing to hold physical cash instead.

Despite the downsides, US investment bank JPMorgan estimates that Europe may face "another eight years" of negative interest rates.

"Monetary policy may be able to prolong the current [business] cycle, but ultimately we do not think it can prevent recession," Bob Michele, global head of fixed income at the bank's asset management arm, said in a note in September. He questions whether the ECB is "doing enough to get ahead of the curve" with a recent rate cut and its relaunch of asset purchases, and demands a "decisive shift from monetary to fiscal policy."