For Southeast Asian countries, an increased economic cooperation with China can be a double-edged sword. Beijing's investment initiatives are not only aimed at regional connectivity, they also seek ideological hegemony. 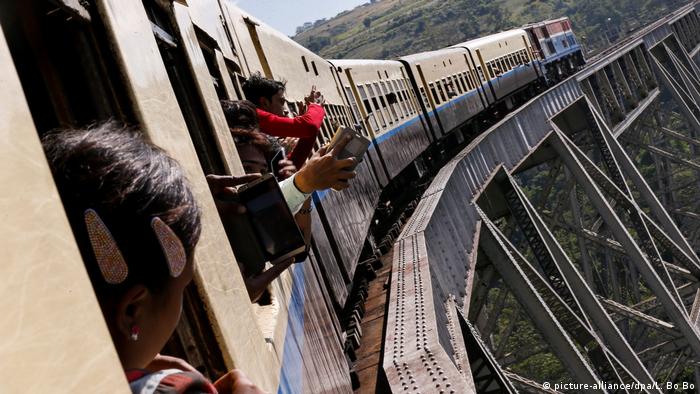 According to Asian Development Bank estimates, the infrastructure needs for the Southeast Asian region are increasing. To keep pace with their economic growth and growing populations, the countries in the region need huge investments in energy supply, transportation, telecommunication, water capacity and sanitation.

In September last year, the ten member states of the Association of Southeast Asian Nations (ASEAN) agreed on the "Master Plan on ASEAN connectivity 2015," which seeks to expand the region's railway networks.

However, the implementation of the ASEAN master plan has been very slow, according to Yap Kioe Sheng of the University of Cardiff. "As far as I can tell, there has been little progress."

Wolfram Schaffar, a political scientist at the University of Vienna, shares a similar view. "The ASEAN infrastructure plan is being slowed down by a continuing economic downturn in the region. The countries are mostly investing in low-cost projects, but they have bigger plans that they cannot execute due to the economic situation."

In short, the countries have little money, and the infrastructure construction, especially of new railway networks, is very expensive. This is where China's economic might comes into play.

China has significant financial resources, and since Xi Jinping came to power in 2013, Beijing has pursued a new foreign policy.

To put the existing capital to better use, China announced the establishment of an Asian Infrastructure Investment Bank (AIIB) and the One Belt, One Road (OBOR) initiative. The objective of the OBOR - also known as theNew Silk Road initiative - is to build an intercontinental infrastructure. Beijing wants to expand its connectivity to Europe, Central Asia, South Asia and Southeast Asia through both land and sea.

But China's investments in the region are not just about economy. In 2014, Xi said the new Chinese initiatives are also about "common values."

William A. Callahan of the London School of Economics explains the Chinese ambitions in an "Asia for the Asians" context. Callahan believes the "Chinese Dream" or the "Asian community" rhetoric is a lot more than a mere economic cooperation between the regional countries. 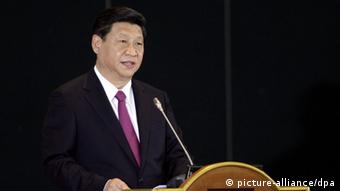 "One can conclude that Xi thinks of the regional community as an extension of the Chinese nation, or at least as informed by the values of Chinese civilization. Once again, Xi's defining ideas, structures, and projects seek to construct a Sino-centric regional and world order," said Callahan.

Yap Kioe Sheng notes that on a lower level Chinese initiatives are about trading, but on a higher level they deal with geopolitical changes.

With the help of the OBOR, Beijing is trying to expand its influence in the region not just economically, but also politically and ideologically.

Callahan believes that for the Southeast Asian countries, increased economic relations with China haven't translated into a deepened political and security cooperation.

"Therefore the real risk, according to many Chinese commentators, is that countries will take Beijing’s money, but not sign up to the political, cultural, and security requirements of China's vision of a 'community of shared destiny,'" underlined Callahan.

According to Schaffar, it is not yet clear how successful the Chinese strategy has been. Experts say the decisive factor will be whether economic integration with the Chinese market actually benefits the neighboring countries. Despite that, Yap Kioe Sheng sees very few alternatives for Southeast Asia.

"The move towards China is almost inevitable because Beijing has the money and the market, as well as the geographical proximity," the analyst said.