China's hosting of G20 proves controversial ahead of opening

Diplomatic wrangles and denials of media access by China have marred pre-summit arrivals for the G20 in Hangzhou. As US President Barack Obama disembarked, a Chinese official screamed at White House staff on the tarmac. 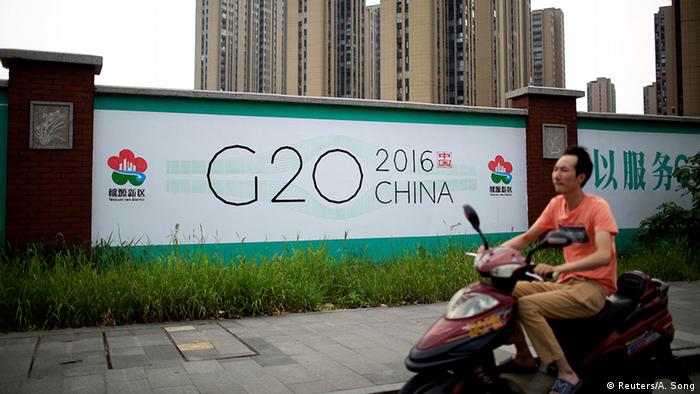 Foreign reporters standing underneath the wing of Obama's Boeing 747 on arrival in Hangzhou Saturday witnessed a Chinese official screaming at White House staff while demanding that the US press leave the scene.

And, major international organizations such as Human Rights Watch (HRW) said they were being denied observer access to the venue. Deutsche Welle said China was still refusing to accredit its reporting team so that it could broadcast from the venue. DW Director General Peter Limbourg has urged the hosts of the G20 Summit to reconsider.

"A very lively discussion" could be expected at Hangzhou, said German Chancellor Angela Merkel in her weekly video message Saturday, shortly before the formal opening on Sunday.

On Hangzhou's tarmac earlier, a White House press aide had instructed reporters, who had just landed on Air Force One with Obama, where to stand - typical practice so they could record the president's arrival and interactions with host dignitaries.

"This is our country. This is our airport," the Chinese official shouted at the White House aide - reportedly out of earshot and sight of Obama.

"They did things that weren't anticipated," Rice later remarked to reporters.

Foreign media described the usually bustling city as deserted and shuttered, with factories closed to ensure blue skies instead of smog.

International non-governmental organizations (NGOs) quoted by the German news agency DPA said host China had either ignored or refused their requests to participate at the summit. 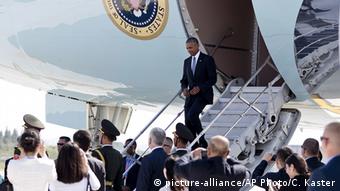 "Basically, there is no representation by civil society at this G20 summit," said an unnamed senior NGO advocate.

Previously, up to 40 places had been allocated to NGOs in the media centers of past G20 summits, so they could provide comment to journalists, said another.

Advocacy groups, also including Amnesty International, had appealed to G20 leaders to confront Beijing on the widely perceived erosion of human rights.

"Chinese authorities have made their hostility to civil society painfully clear in recent years, such that no G20 members should be surprised at the restrictions imposed on the summit itself, " said HRW's China specialist Sophie Richardson.

The procedures on running G20 summits was not a codified matter of international law, she said, and was largely left up to the discretion of the host.

Chinese authorities already exercise broad control over domestic media and use blocking filters on the websites of foreign media outlets. 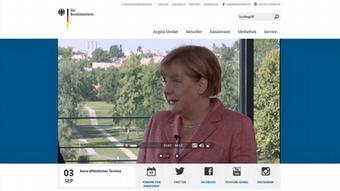 Chancellor Angela Merkel of Germany said in her weekly video message on Saturday that "talks on the sideline" should help toward resolving conflicts in Syria and Ukraine.

Germany is due to host next year's G20 summit in Hamburg. Last year's summit was hosted by Turkey in Belek near Antalya.

Pledges made at that 2015 summit were 77 percent fulfilled, according to a G20 compliance researchers based at Toronto University's Munk School of Global Affairs and Russia's RENAPA public administration academy in Moscow in an analysis published on Saturday.

Of 113 commitments made at Antalya, the team gave top progress marks for reducing gender gaps in the labor market and "aid for trade" in developing countries.

Poor marks were given on phasing out fossil fuels and reducing banking charges for people remitting funds to relatives and friends in poor countries.

How many people can the world sustain?

As a species, we are growing at an exponential rate. And the more of us there are, the more resources we devour. Can the world sustain us all? (29.08.2016)