China, Turkey jail more journalists than any other country: report 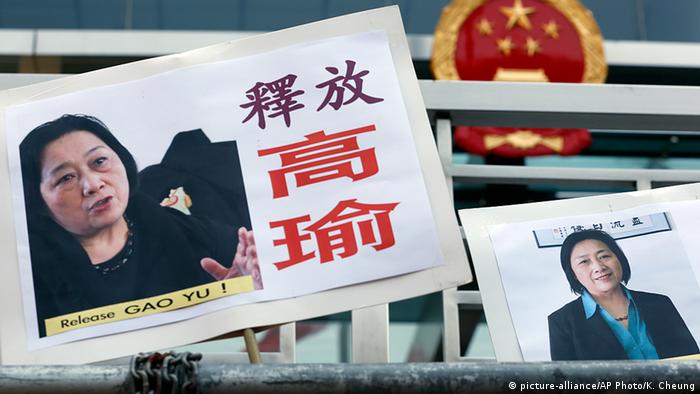 China jailed at least 48 journalists in 2019, making it the most prolific incarcerator of journalists in the world, a press watchdog group said Wednesday.

The situation for journalists was almost as grim in Turkey, with 47 journalists jailed in the country over the same period, according to a new report by the New York-based Committee to Protect Journalists.

At least 250 journalists were jailed across the world, it reported, slightly down from last year.

Beijing defended its record on press freedom, saying it was simply carrying out the rule of law.

"No one is above the law," said Foreign Ministry spokeswoman Hua Chunying at a press briefing, before advising reporters to consider what "illegal things" the 48 jailed journalists did.

Many of China's jailed journalists faced "anti-state" charges or are accused of producing "false news," according to the report.

Read more: Reporters Without Borders honors journalists who fear for their lives

In the year previous, there were 68 journalists jailed in Turkey, significantly more than this year. However the organization said this was a reflection of the success of the crackdown by the Turkish regime.

President Recep Tayyip Erdogan's regime has closed more than 100 news outlets and filed terror-related charges against many of their staff, putting many reporters out of work and intimidating others, according to the CPJ.

"Dozens of journalists not currently jailed in Turkey are still facing trial or appeal and could yet be sentenced to prison, while others have been sentenced in absentia and face arrest if they return to the country," the organization said.

Authoritarianism, instability and protests in the Middle East meant more journalists were imprisoned in the region, CPJ reported.

Women represent about 8% of those imprisoned globally, down from 13% last year.

Journalists were most likely to be imprisoned if they reported on politics, human rights and corruption.

The report includes only journalists who were are behind bars on December 1 each year, and does not include those who have been released earlier or journalists taken by non-state entities such as militant groups.

Bangladesh's media industry has grown rapidly in the last decade, with new print and online media entering the market. But journalists are still deprived of professional rights that restrict their freedom to work. (09.12.2019)