Job uncertainty restricts journalists′ freedom in Bangladesh | Asia | An in-depth look at news from across the continent | DW | 09.12.2019

Bangladesh's media industry has grown rapidly in the last decade, with new print and online media entering the market. But journalists are still deprived of professional rights that restrict their freedom to work. 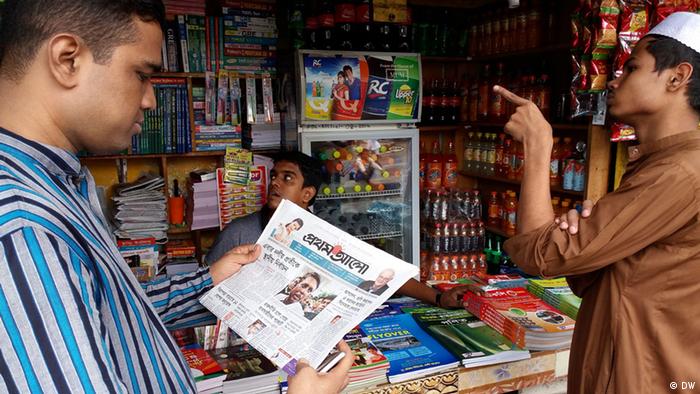 For journalists in Bangladesh, monthly wages are often irregular and professional benefits are seldom provided. They live in constant fear that they will find themselves out of a job.

Bangladesh, a South Asian country, has experienced a huge expansion in its media sector over the last few years, but the sector has failed to establish a set of work and payment standards for the people working in the field.

In recent months, the situation has become increasingly worse, with many media outlets terminating journalists' employment to cut costs.

Bangladesh's media industry is dominated by the private sector, with more than 1,000 daily newspapers, 33 television channels, and 25 FM Radio stations. Around 10 television stations are waiting to enter the market. Less than 10% of newspapers maintain the government declared wage structure to pay their employees.

Irregular wages and fear of termination

Bangladesh's media sector is going thrugh a critical time; many offices have reportedly terminated employees and many television stations decided to close news departments, said Saiful Alam, president of the Bangladeshi Press Club, the biggest journalist association in the country.

Saiful, who is editor of a Bengali language daily newspaper, the Daily Jugantar, said that below standard and irregular payments and frequent termination of the employees are currently the main concerns of professionals working in the journalism sector.

Channel 9, one of the 33 television channels in Bangladesh, recently decided to stop broadcasting news content and instead turned into an entertainment-based channel. The implementation of the plan at the beginning of this year left around 200 employees involved in the news production process unemployed.

One of Bangladesh's oldest satellite television channel ATN Bangla let go 14 journalists and 35 employees of several departments in the last couple of months.

The list is long. At least 25 employees have quit their jobs at Masranga Television, one of the country's leading television channels.

"Quitting the job was not our self-promoted decision but the situation forced us to do so,” one of the journalists who left Masranga told DW.

Journalists working in the print media sector have not been exempted from the situation.

In recent months, at least 25 employees of the country's leading newspaper Daily Prothom Alo, one of the few financially solvent print media in Bangladesh, reportedly quit their jobs. 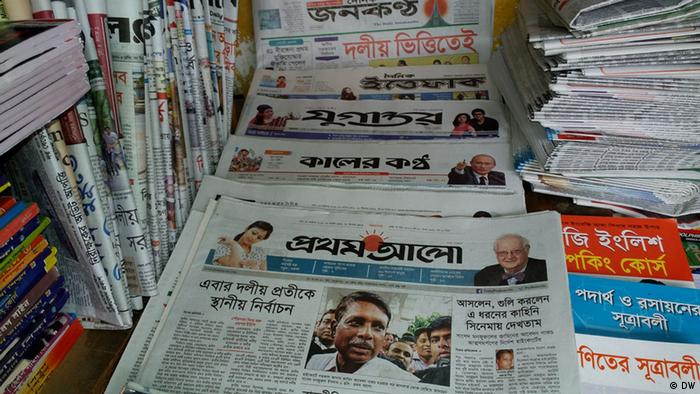 "Uncertainty in the job would keep one engaged in searching for financial security, instead of writing or speaking about public issues,” said Atiqur Rahman, who is pursuing a PhD on the development of the television sector in Bangladesh at Australia's Queensland University of Technology.

Many journalists expressed their difficult financial situations and said they often feel discouraged to cover news events because of financial limitations.

"If I would like to cover a news-worthy event, I need to count transport costs. Developing an investigative news report requires time and travel expenses,” a journalist working at an online news portal told DW. "But the time [that I receive] my monthly wage is uncertain, and that often discourages me from responding to the professional call,” they added.

Financial constraints can push journalists to resort to corruption, said M Abul Kalam Azad, a Bangladeshi journalist and media expert. "In many cases, you will see journalists have limited freedom and access to their work due to their unstable financial state,” Azad further added.

Where the problem lies

Experts have found that the crisis the Bangladeshi media sector is suffering is multidimensional. There are a number of interrelated factors that pushed Bangladesh's media into this state, including both political and economic influences.

In a report, the European Journalism Center mentioned that the Bangladeshi media industry, especially the television sector, is highly dominated by the country's political parties.

This means the primary objective of media is often not to make a profit but rather to show political loyalties or serve a political purpose.

Researcher Atiqur Rahman viewed this phenomenon as an important indicator to grasp the problem of Bangladesh's media sector. Presence of a political shadow would derail the media's mission to deliver its professional goal, he said.

Meanwhile, entrepreneurs an leaders in the field of journalism hold the expansion of technology that changed the market and advertising responsible for the state of the country's media sector.

Shoeb Chowdhury, chairman of English language newspaper in Daily Asian Age, said the expansion of technology has changed the form of the market and entrepreneurs need think of suitable business strategies that best fit the new market.

Meanwhile, leading journalist figure Saiful Alam said the country's advertising market did not expand according to the number of media operating in the sector.

He said that government‘s policy of allowing any number of media in the market encourages pluralism, but it is creating chaos in the market that should be kept in consideration.

At least 19 netizens, citizen journalists and bloggers were killed in 2015 for online activitsm, according to the media watchdog Reporters Without Borders. Most of these took place in Syria and Bangladesh. (29.12.2015)