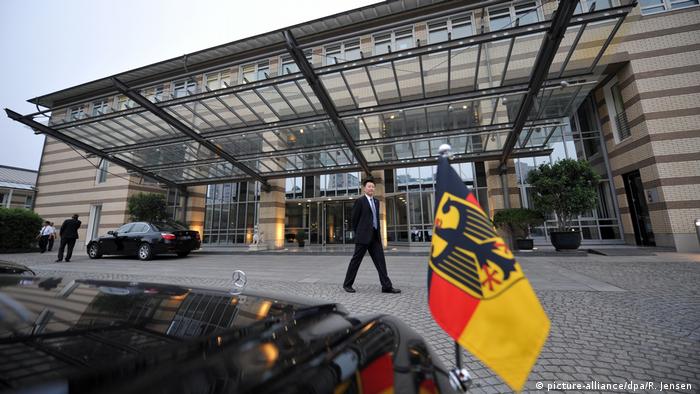 The Chinese Ambassador to Germany said on Wednesday that a recent meeting between the German foreign minister and Hong Kong activist Joshua Wong had sent "very negative signals."

Wu Ken confirmed that Beijing had officially summoned the German ambassador in protest, a fact that was also confirmed by Germany's Foreign Ministry.

"What happened now, I unfortunately have to say, will have negative consequences on bilateral relations and the Chinese side has to react," said Wu.

German companies, many of which have been impacted by the ongoing trade war between Beijing and the Washington, traded nearly €100 billion ($109.87 billion) with China in the first half of 2019.

Wu claimed foreign forces had been involved in the ongoing protests in Hong Kong and reiterated his calls for foreign politicians to back off, saying: "China's sovereignty and security must be respected. I therefore advise politicians against covering up violent crimes and meddling with Hong Kong's and China's internal affairs."

The ambassador voiced Beijing's confidence in the Hong Kong government to carry out its duties.

'Hong Kong is the new Berlin'

While in Berlin, Joshua Wong told reporters, "Hong Kong is the new Berlin in a new Cold War," saying it was the only thing standing between the free world and Chinese authoritarianism.

In a statement that came just days after Chancellor Angela Merkel told Chinese leaders in Beijing that respect for human rights was "indispensable," the activist suggested Germany should suspend trade talks with Beijing until human rights issues were put on the agenda.

Protests in Hong Kong began on March 31, 2019, in opposition to a proposed law that would have made it easier for the central government in Beijing to extradite fugitives to mainland China.

Confrontations have escalated over the past five months becoming increasingly violent and eventually forcing the temporary withdrawal of the proposed bill.

Authorities in Beijing have called the situation "the worst crisis in Hong Kong" since it was returned to China by the United Kingdom in 1997.