A United States Navy warship's passage through the contested South China Sea has stoked tensions between the US and China. 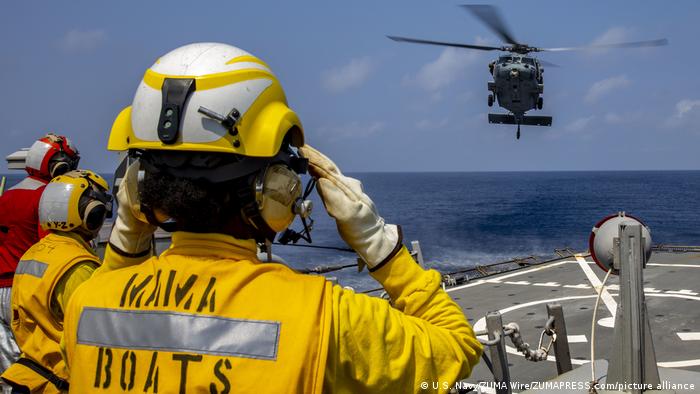 The guided-missile destroyer US warship sailed through international waters, angering China this week

China has slammed the latest passage by a US Navy ship through contested waters in the South China Sea as "illegal," in a statement released on Thursday.

China spoke out after the guided-missile destroyer USS Curtis Wilbur transitted international waters near the disputed Paracel Islands on Tuesday.

The US action "artificially increases regional security risks, and is prone to misunderstandings, misjudgments, and accidents at sea," the statement said.

It called the ship's maneuvers "unprofessional and irresponsible."

It stated that Chinese ships and planes followed the US vessel.

It is the second time in two days that China has released a statement condemning the actions of the US warship.

Meanwhile, the US Navy said on Thursday that the USS Curtis Wilbur "asserted navigational rights and freedoms" near the Paracel Islands. It said acted in accordance with international law.

"The United States military will continue to fly, sail, and operate anywhere international law allows," the Navy said in a statement.

The passage "demonstrates the US commitment to a free and open Indo-Pacific," it added.

The US refuses to recognize China's claim to virtually all the waters. It regularly conducts what it calls freedom of navigation operations to assert its right to sail in international waters.

Sailing by the Paracel Islands — a summary

China, Taiwan and Vietnam all claim sovereignty over the Paracel Islands.

All three require either permission or notification before a military vessel or warship engages in "innocent passage" through the territorial sea.

But under international law, all ships — including warships — can pass through the sea without getting permission or giving advanced notice.

As China claims self-governing Taiwan as its own territory, it views the US Navy's presence in the area as a show of support for the island's democratic government.

China's claim to most of the South China Sea has emerged as one flashpoint in growing tension between the US and China in recent years.