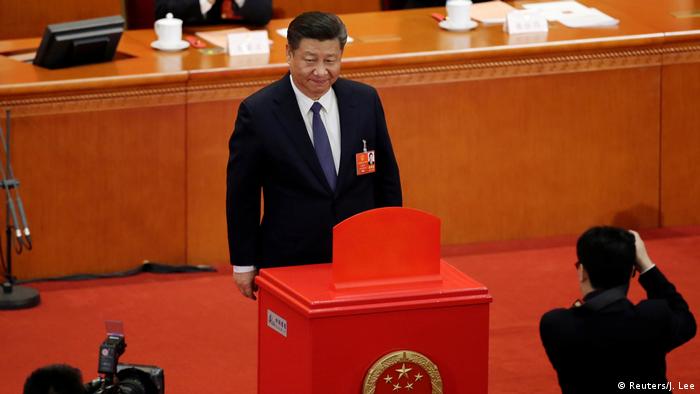 China's rubber-stamp parliament has amended the country's constitution to end term limits for the presidency, thus allowing President Xi Jinping to stay in power for an indefinite period.

On Sunday, the National People's Congress's nearly 3,000 hand-picked delegates unanimously voted in favor of the amendment proposing the removal of presidential term limits. Three lawmakers abstained and one vote was invalidated.

The amendment ends a 1982 system enacted by former Chinese leader Deng Xiaoping that set a limit of two presidential terms in order to prevent lifelong dictatorship.

The move, passed during the communist country's annual parliamentary session in Beijing, has raised concerns both inside China and internationally about 64-year-old Xi's ever-growing personality cult and authoritarianism.

It was the first constitutional amendment in 14 years and was expected to pass smoothly through the one party-governed parliament.

"This is the urgent wish of the common people," Ju Xiuqin, a delegate from northeastern Heilongjiang province, told the Agence France-Presse news agency.

Critics, however, are wary of Xi's increasingly autocratic rule.

"I think that during the past five years, he [Xi Jinping] has been carrying out a soft coup, including making the Politburo a mere figurehead," Wu Qiang, a Chinese political commentator, told AFP, referring to the 25-member Communist Party body that is only under the ruling council.

"He wants to prevent power from falling into the hands of technocrats like Jiang [Zemin] and Hu [Jintao]," Wu said, referring to Xi's predecessors. Nearly 3,000 delegates voted in favor of the amendment proposing the removal of presidential term limits

China's President and Communist Party General Secretary, Xi Jinping, came to power in 2012 and since then has managed to tighten his hold over the party and state.

Xi won a second five-year term as leader during the 19th congress of the Communist Party of China held in October last year.

On a number of occasions, Xi has expressed his desire to transform China into a global superpower. Xi's vision, dubbed "Chinese dream," includes Beijing's claim to global leadership and required a prolonged presence of the president at the helm.

"Xi Jinping has presided over so many important projects such as economic reforms and the fight against corruption. There was a consensus that we supported him having more time to finish his work," said Dou Yanli, a delegate from eastern Shandong province. 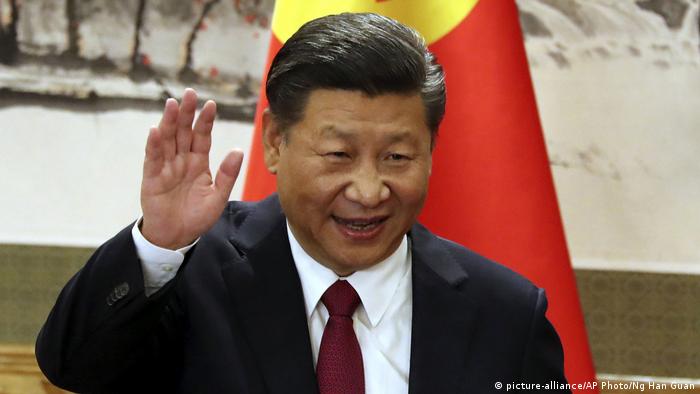 Domestically, Xi has been accused of a massive crackdown on his opponents and dissidents in the name of an anti-corruption campaign that he launched in 2012.

According to official numbers published in the South China Morning Post, since 2012, China's anti-graft body, the Central Commission for Discipline Inspection (CCDI), has ousted over 250 senior officials from the party and the military. Up to 2 million lower-level officials have also been investigated.

Activists fear that a lifetime presidency for Xi Jinping would further embolden him to tighten his control on the media, civil society and people's faith.

"Xi asked all people to obey the constitution, and then used the amendment to place himself above it. He used the constitution as the ultimate legal weapon that binds officials and all citizens," said Beijing-based activist Hu Jia.

At a fundraiser in Florida, Donald Trump praised Chinese President Xi Jinping for consolidating his power. Trump jokingly suggested it would be a great idea in the US, to which his supporters applauded and cheered. (04.03.2018)

After Mao's reign, China decided to limit leaders' political power and abandon the cult of leadership. But now Chairman Xi Jinping seems to be turning back the clocks, says Matthias von Hein. (26.02.2018)