As China gets ready for the Communist Party's quinquennial congress, President Xi Jinping is set to expand his massive anti-corruption drive that critics say does more to consolidate his political power than fight graft. 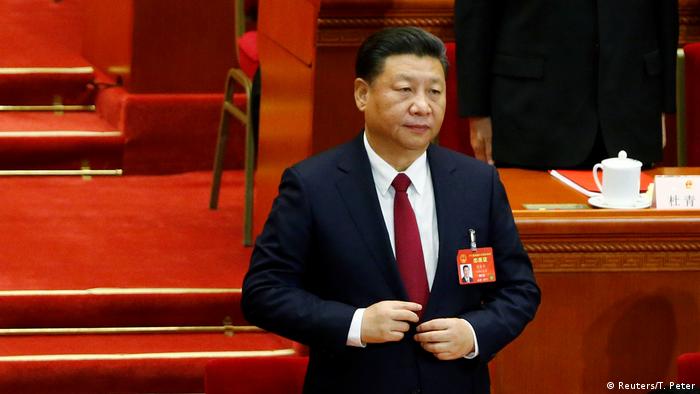 Since Xi Jinping became General Secretary of the Communist Party of China (CPC) in 2012 and took over the reins of the country, the power of the authoritarian state in China has grown along with increased online censorship and crackdowns on free speech and civil society.

At the upcoming CPC congress, Xi will be elected to another five-year term as party leader. Following his ascension to power, Xi pledged to root out corruption in China, resulting in his marquee campaign against graft, which he has turned into a cornerstone of his political brand. As part of the campaign, Xi vowed to go after both "tigers" and "flies," meaning high- and low-ranking officials.

According to official numbers published in the South China Morning Post, since 2012, China's anti-graft body, the Central Commission for Discipline Inspection (CCDI), has ousted over 250 senior officials from the CPC and the military. Up to two million lower-level officials have also been investigated.

Despite praise for the campaign's continued success, and plans to expand it after the party congress, critics say that corruption is so ingrained in Chinese political culture that Xi's claims of a widespread reduction in corruption have been superficial. And whether or not the crackdown has led to an actual reduction in graft is difficult to observe.

"It is hard to determine whether all the sound and fury of the crackdown has led to a significant drop in corruption," said Andrew Wedeman, director of China Studies at Georgia State University, adding that any positive results may be short lived.

"Even if the crackdown leads to a drop in corruption in the near term, it is not clear if once the 'heat is off,' the corrupt officials will quickly get back to their old, corrupt ways." said Wedeman.

"I suspect Xi can claim to be 'winning,' but the 'war' is far from over and much work, both in rooting out corruption and addressing the forces that drive it, remains to be done," he added.

China's CCDI corruption watchdog is also expected to expand its reach. In early 2017, the CCDI announced plans to form a new National Supervisory Commission that would combine the powers of different anti-corruption bodies.

According to Matthias Stepan, head of the public policy program at the Berlin-based Mercator Institute for China Studies (MERICS), this new commission would focus on material corruption like bribery, fraud or nepotism. 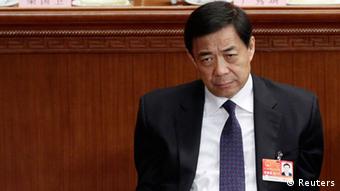 One of the first big tigers to be caught in Xi's net was Bo Xilai, who was a former member of the Politburo, a rising star in the Communist party and a potential rival to Xi

"This would free the CCDI to focus on core issues for the party, such as the level of loyalty of party members to the ideology," Stepan told DW.

One of the first big tigers to be caught in Xi's net was Bo Xilai, who was arrested in 2012 and is currently serving life in prison for bribery, embezzlement and abuse of power. Bo was a former member of the Politburo, a rising star in the Communist party and a potential rival to Xi. Among Bo's offenses was taking over 20 million yuan ($3.2 million, €2.7 million) in bribes.

But the most high-ranking official to fall from the top of power was Zhou Yongkang, a former member of China's most powerful political circle, the CPC's Politburo Standing Committee (PSC). In 2014, Zhou was charged with adultery, bribery and leaking state secrets. In 2015, he was sentenced to life in prison.

Zhou had worked alongside Xi for five years on the PSC and by going after Zhou, Xi was able to set a ruthless example showing that not even those in the highest echelons of the party were immune to the CCDI. Detractors say the move was little more than a political purge.

While his corruption crackdown has succeeded in increasing Xi's control over the Communist Party's ranks, the Chinese leader has had to strike a fine balance not to risk ostracizing his support within the party or creating internal instability. 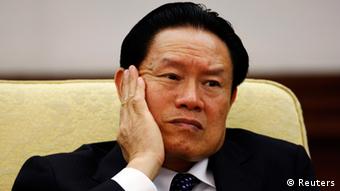 Zhou Yongkang had worked alongside Xi for five years on the PSC and by going after Zhou, Xi was able to set a ruthless example

"The anti-corruption campaign is a key defining feature of Xi's leadership of the CPC. He uses it explicitly to harden the party line," said Stepan. "Everyone who is not loyal to the ideological canon of the CPC has to fear that he or she is removed from office sooner rather than later."

During his five years at the head of the party, Xi has also been able to centralize decision-making power and push through the 2012 party congress agenda. "This attests to his extraordinary political prowess," said Stepan.

If Xi expands the anti-corruption campaign farther into China's business sector, reconciling economic growth with fighting corruption could become complicated in a system where many deals are made under the table.

In some cases, breaking informal partnerships or deals obtained under the Chinese social construct known as "Guanxi," where power and wealth are transferred via relationships and influence, could be considered worse than breaking corruption statutes. Nevertheless, the rich and connected in China are trying harder to keep a lower profile.

"Xi has certainly used the crackdown to consolidate his position within the party and to rein in China's sometimes flamboyant tycoons," said Chinese corruption expert Wedeman.

"There is a need to improve market order and stability by cracking down on insider trading, stock price manipulation, and speculative wheeling and dealing," he pointed out.

Prior to the start of the crackdown in 2013, corruption among China's business and political elites was conducted out in the open along with displays of wealth and prestige from financial "crocodiles."

"Officials flaunted their ill-gotten gains pretty openly by sporting luxury watches, wearing designer closes, driving expensive cars, living in luxury condos and spending lavishly on food and alcohol," said Wedeman. "Today, it seems to me that bribery is done much more discreetly and businesses go to considerable length to hide evidence that they are passing money to officials. And officials are being much more careful to hide their dirty money."

Along with wealthy tycoons, Xi's expanded anti-corruption drive after 2017 could also see more local officials being investigated and this could spell trouble for local governance.

"The anti-corruption campaign and curtailing the discretionary power of local governments in policymaking will potentially have negative effects on the production of public goods in the middle to long term," said Stepan, adding that administrators could paralyze public policy innovation for fear of overstepping certain "invisible” lines.

Looking toward his next term, it appears Xi continues to have a political incentive to expand the anti-corruption crusade. Not only can he increase his control over the tigers and flies in the Communist Party, he can simultaneously generate public appeal by providing a veneer of accountability for party officials and Chinese business leaders.

The country's anti-corruption watchdog is investigating allegations of market manipulation within the industry. The probe is part of a wider crackdown on corruption ordered by President Xi Jinping. (09.04.2017)