After Mao's reign, China decided to limit leaders' political power and abandon the cult of leadership. But now Chairman Xi Jinping seems to be turning back the clocks, says Matthias von Hein. 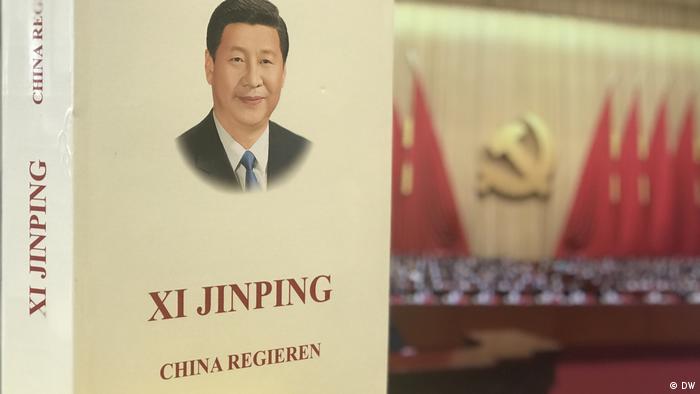 Xi Jinping was seen as just an interim figure when he took control of China's most important leadership positions in 2012, becoming the General Secretary of the Communist Party of China, Chairman of the Central Military Commission and President of the People's Republic of China. But it soon became clear that the now 64-year-old had been widely underestimated.

Since Sunday it is evident that his political ambitions go beyond those which the country's constitution currently envisions. China's state-run news agency Xinhua reported that constitutional amendments are planned for when the country's National Congress — widely considered a sham parliament — next convenes.

Among the usual tame party platitudes declaring the socialist system "great," "modern" and "beautiful" hides a constitutional change with explosive political ramifications. Xinhua stated that: "The Communist Party of China Central Committee proposed to remove the expression that the President and Vice-President of the People's Republic of China 'shall serve no more than two consecutive terms' from the country's Constitution." That the National Congress will most likely adopt the proposed changes almost goes without saying; after all, it has never rejected any motions by China's leadership.

By undertaking these changes, China's Communist Party is officially breaking with a long tradition regarding the orderly transfer of political power after a maximum of ten years. This practice was introduced by Chinese reformer Deng Xiaoping, who had sought to prevent a repeat of the abuse of power under Mao Zedong, the founding father of the People's Republic of China.

Zedong had enjoyed unlimited power and used it to catastrophic effect, launching the "Great Leap Forward," which resulted in the biggest man-made famine of all time. Zedong's "Cultural Revolution" produced a similar disaster. Granted, a gargantuan image of Mao still adorns the entrance to the Forbidden City palace complex in central Beijing. But the legacy of his reign left wounds so deep that there is an official assessment of his deeds: "70 percent good, 30 percent bad."

It was decided that never again should anyone hold such unparalleled political power. Never again should that much power be centralized in a single leader; the cult of leadership was frowned upon, the collective should be in control. Decentralization was the new ideal and political experimentation encouraged.

But now, Xi is doing away with all that. He has already removed his political rivals by launching an unprecedented anti-corruption campaign, which is playing well with China's populace. The president has re-centralized decision-making and personally taken charge of so many tasks that Britain's Economist labeled him "Chairman of everything."

Since Xi took power, China has ramped up its repression of dissidents, activists and civil society to an extent not seen for decades. The few liberties that were granted are now being rolled back. And last October, Xi stipulated that "Xi Jinping Thought on Socialism with Chinese Characteristics for a New Era" would now be adopted into the constitution of the Chinese Communist Party as official political theory. An honor, incidentally, that until then only Mao himself had enjoyed. Effectively what this means is that nobody in the party holds more authority than Xi.

He recently declared: "Government, military, society and schools, north, south, east and west – the party is the leader of all," thereby de facto cementing his own power. And, to top it off, a new personality cult is being cultivated.

China's most powerful leader in decades – and for decades?

The planned constitutional change allows Xi to hold power indefinitely. The world must now come to terms with China's most powerful leader in decades, and one who may be present for decades to come. These developments fall at a time when China is accumulating ever greater geostrategic influence, increasingly pitting its own political system against western democracies, and pursuing the so-called "Chinese Dream" to build a more prosperous and glorious future. The "One Belt — One Road" 21st-century Silk Road project spanning the entire Eurasian continent is merely a taste of the highly ambitious plans of China — and Xi.

Chess: Carlsen expands on 'cheating' suspicions against Niemann 2h ago

Colombia and Venezuela reopen border crossing after 7 years 3h ago

Opinion: Italy's shift to the right is dangerous for EU 6h ago