China, Russia to hold joint naval drills in the Mediterranean

The navies of China and Russia plan to hold joint drills in the Mediterranean Sea for the first time next month. The exercises indicate the ever cozier relationship between the two countries' militaries. 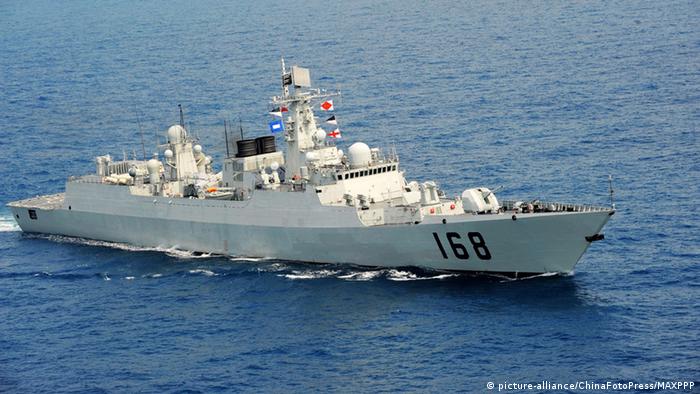 A total of nine ships, including three from China, will take part in the "Joint Sea 2015" exercises set to take place in the Mediterranean in mid-May, Beijing's defense ministry announced Thursday.

The Chinese vessels are currently taking part in international anti-piracy patrols off the coast of Somalia and in the Gulf of Aden, ministry spokesman Geng Yansheng said at a monthly briefing.

"What needs to be stressed is that this joint exercise is not targeting any third party and is not related to regional security," he said.

"The purpose of the exercise is to strengthen the friendly exchanges between the two sides ... and to improve the capability of the two navies to deal with maritime threats," Geng said, adding that training would focus on rescue, resupply, joint escort, "as well as the actual use and firing of weapons."

China and Russia, who share a close economic and military relationship, have been holding joint drills in the Pacific since 2012 but have never held such exercises in the Mediterranean.

An ally in Russia

The two countries have stepped up their joint training exercises in recent years, as the United States continues to seek increased military cooperation with its allies in Central Asia.

Moscow has also been seeking to build closer ties with Africa, South America, and Asia - especially China - after Western countries last year hit Russia with sanctions over the annexation of Crimea and subsequent conflict in eastern Ukraine. China, on the other hand, is hoping to gain from Russia's considerable energy resources.

In a further show of their close partnership, Chinese President Xi Jinping is expected to visit Moscow next month for ceremonies marking the 70th anniversary of the end of World War II. While many Western leaders are planning to stay away from the May 9 event, a Chinese honor guard will take part in the massive military parade to mark the occasion.

Since assuming the presidency in 2013, Xi has sought to boost China's naval capacity in an effort to protect the country's interests, particularly in the disputed waters of the South China Sea.