The rupture between Russia and the West stemming from the Ukraine crisis has led Moscow to expand ties with Asia, especially China. Dmitri Trenin, head of the Carnegie Moscow Center, talks to DW about the implications. 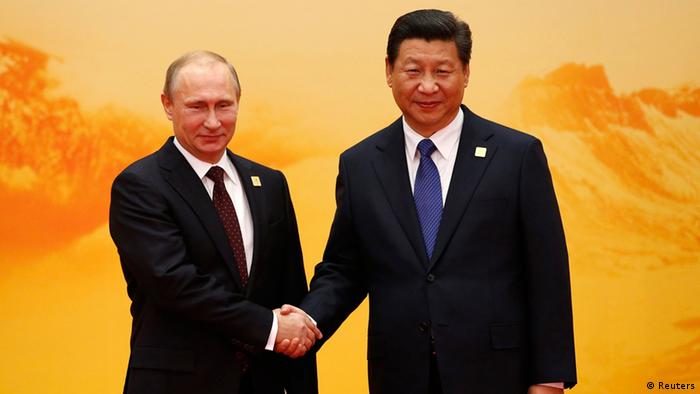 The Ukrainian crisis has certainly strained Russia's relations with the West. Sanctions have been imposed on Moscow, hurting Russia's economy as well as causing its currency and energy exports to plunge. Western countries are also trying to reduce their dependence on Russian gas - at least in the long run.

As a result of the rapidly deteriorating relations between Russia and the West, the government in Moscow is moving closer towards Asia, particularly Beijing. This became clear with President Vladimir Putin's visit to China on May 20, during which a multi-billion dollar gas supply deal was signed, among other things. 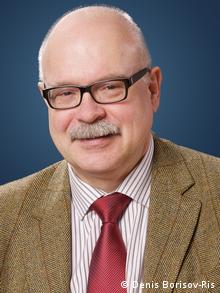 Trenin: 'The Ukraine crisis has finally shifted the axis of Moscow’s foreign policy from the Euro-Atlantic to the Asia-Pacific'

In a DW interview, Dmitri Trenin, director of the Carnegie Moscow Center, says that due to the Ukraine crisis and the ensuing economic sanctions by the West, what was originally Moscow's "marriage of convenience" with Beijing has turned into a much closer partnership. He also argues that Russia is now more likely to back China in the steadily growing competition between Beijing and Washington.

DW: What impact has the Ukraine crisis had on Russia's foreign policy alignment?

Dmitri Trenin: The Ukraine crisis has shifted the axis of Moscow’s foreign policy from the Euro-Atlantic to the Asia-Pacific. China, rather than Europe and Germany, is emerging as Moscow’s principal foreign partner. Russia, however, began pivoting to Asia even before Ukraine.

The Kremlin realized some time ago that the situation in which its most depressed regions were physically abutting the world’s most dynamic region was not tenable in the long term. It also saw the chance of using Asia’s dynamism as an external resource for Russia’s economy – heretofore only to be found in the West. The current conflict with the West, of course, expanded this geo-economic calculus through including geopolitics into the equation.

Moscow had long hoped for a balance between its Western and Asian foreign policy directions. This balance is no longer there, in the wake of the Ukraine crisis. The need for balance is now a need for Moscow’s policy in Asia and elsewhere outside the West.

Aware of this, Russia is seeking to balance its all-important relationship with China by an outreach to India and Vietnam in Asia; Brazil within the BRICS group. It also supports bringing not just India and Pakistan to the Shanghai Cooperation Organization, which is due to happen this year, but also Iran, once the United Nations Security Council sanctions are lifted.

Chinese President Xi Jinping has opened a regional economic forum by calling for more cooperation among Asian nations. He urged Asia to build "a community of common destiny." (28.03.2015)

What are Russia's goals and aims in Asia, and why is China so important to achieve this?

Russia does not have overarching strategic goals in Asia. It advocates a multipolar world within which US global dominance would give way to a great-power concert. China, of course, is very important in achieving this new global balance. In Asia itself, Russia would want to see reduced US presence/influence. It is sympathetic to China’s "Asia for Asians" slogan.

Who is likely to profits most from this situation China?

No Sino-Russian bloc is in the offing, but the relationship is getting way beyond the "marriage of convenience" formula. In the fields of energy, arms transfers, global and regional diplomacy the relationship has already acquired a new quality. China will be certainly strengthened as a result, but also Russia will strengthen its relationship with one major power which is not interested in its surrender to the West.

What are the implications of Russia's tilt towards China for both the United States and Europe?

Instead of a Greater Europe from Lisbon to Vladivostok which Putin proposed in 2010, the EU will see something like a greater Asia from Shanghai to St. Petersburg. The United States will see its principal 21st century competitor being able to rely on the resources and support of its 20th century adversary.

How is a stronger Russian presence, commitment to Asia likely to impact the region?

From Turkey to ASEAN to Korea, Russia will be actively seeking economic opportunities which would compensate for those lost in Europe. Over time, it will have to be more engaged diplomatically. Rather than competing with China, Russia will more likely accommodate it, as in Central Asia. 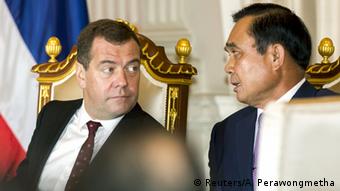 However, Russia will not become a "UK to the US," accepting Beijing’s leadership. It will work toward some kind of a "great power relationship" wit its giant neighbor.

How important is this development for world politics and what can the West do about it?

The Sino-Russian entente – with its unstated, but transparent goal of reducing U.S. global dominance – is easily the most important result of the Ukraine crisis and the preceding deterioration of Russian-Western relations. The West needs to take this seriously.

Dmitri Trenin is director of the Carnegie Moscow Center. He also chairs the research council and the Foreign and Security Policy Program.