China has "declined" to say why it has blocked the Australian broadcaster, according to ABC. Human rights groups have previously accused China of censoring content online to repress dissent. 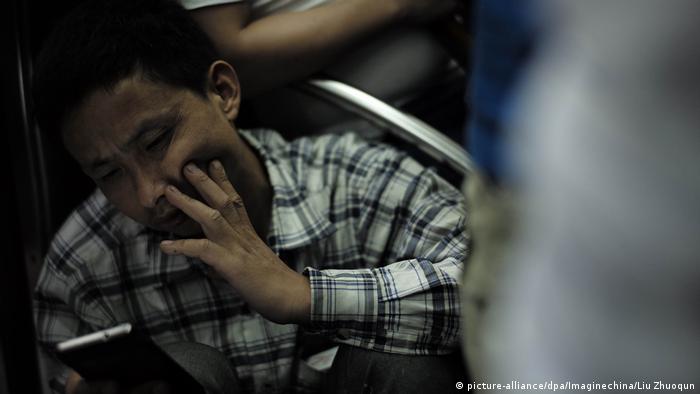 China has blocked access to the news service and website of the Australian Broadcasting Corporation (ABC), the broadcaster reported on Monday.

"China's cyber security regulator has confirmed it has censored the ABC's website for breaching the country's internet rules and regulations, but has declined to say how," said ABC.

The Australian media organization said access to its website was "abruptly stopped" on August 22. It said it had made several requests seeking clarification about the situation but Chinese authorities had not offered details about the case.

Instead, ABC said an official from China's Office of the Central Cyberspace Affairs Commission dictated the following statement:

Human rights groups have described China as the "world leader of internet censorship."

"The Chinese government extensively violates the rights to freedom of expression and privacy; by accommodating the Chinese authorities' repression of dissent, Google would be actively participating in those violations for millions of internet users in China," HRW said.

Read more: China shuts down thousands of websites for breaking the law

Last year, ABC launched a new Chinese-language service to replace its Australia Plus website, a portal it ran in collaboration with a state media outlet that "was hosted on a Chinese domain and was subject to Beijing's censorship."

German firms operating in China almost always communicate with their home bases via safe VPN connections. For a long time, Beijing tolerated such networks, but it's now cracking down on any remaining loopholes. (01.02.2018)

China wants to introduce a Social Credit System to rate its citizens’ trustworthiness. Unconcerned about privacy protection, the government is billing the project as a cure for all manner of economic and social ills. (04.01.2018)