China has blacklisted four red-meat-processing plants in Australia, suspending beef imports from them. The move is being widely seen as retaliation amid a bilateral dispute over the COVID-19 pandemic. 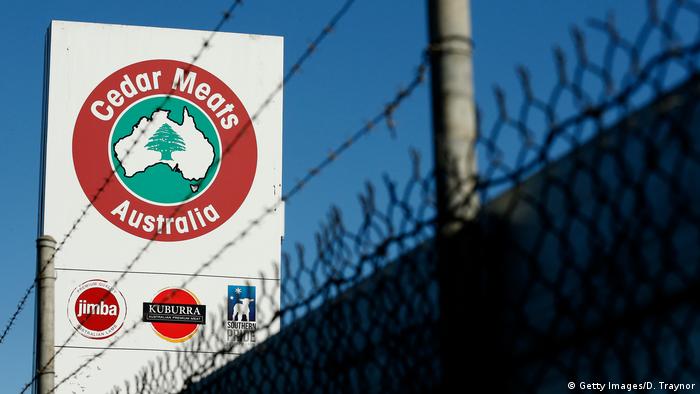 Beijing has suspended imports of beef from four major slaughterhouses in Australia, amid fears that it is taking revenge after Australia called for an independent investigation into the COVID-19 outbreak, which originated in China.

China's Foreign Ministry on Tuesday denied any link with the COVID-19-related dispute, saying that it had discovered violations in health certificate regulations at the plant.

The move comes after China said it planned to introduce major tariffs on Australian barley, alleging that Australia was selling the grain in China for less than it costs to produce.

It was also preceded by remarks made last month by Chinese Ambassador Cheng Jingye, who said that people in China were "frustrated, dismayed and disappointed" by Australia's calls for an investigation over COVID-19.

"Maybe the ordinary people will say 'Why should we drink Australian wine? Eat Australian beef?" he told the Australian Financial Review.

Australia is not the only country in the region to have got on the wrong side of China in recent times.

New Zealand has also drawn the ire of Beijing by supporting Taiwan's bid to participate at the World Health Organization against the will of China, which sees the island as a runaway province.

China responded to comments by senior New Zealand ministers praising Taiwan for its efforts to stem the spread of COVID-19 by saying that the Pacific nation should "stop making wrong statements."

But New Zealand Foreign Minister Winston Peters has stuck to his guns on the issue, saying on Tuesday that "we have got to stand up for ourselves."

He said he did not foresee any lasting damage to diplomatic ties with China, which is also New Zealand's biggest trading partner.

Prime Minister Jacinda Ardern later said said New Zealand's position on Taiwan was only related to its success in combating COVID-19 and that her country had "always taken a 'One China' policy, and that continues to be the case."

Australia's intelligence agency has said it is investigating reports that China tried to plant a spy in the country's parliament. The news marks the second instance of alleged Chinese espionage in Australia in a week. (25.11.2019)