An archbishop from Chile who abused minors in his home country has sought refuge in Germany, where he allegedly continued with his crimes. German authorities are investigating the case. "We stand with the victims of sexual abuse."

At a Mass in Vallendar-Schönstatt in mid-September, just a few days after the announcement of the findings of the investigation into sexual abuse in the Catholic Church in Germany, Cardinal Reinhard Marx emphasized his shock at the extent of the abuse.

Vallendar-Schönstatt, a few kilometers from the western German city of Koblenz on the east bank of the Rhine, is the home of the Schönstatt Movement, which campaigns for spiritual renewal within the Catholic Church and has a presence in many countries around the world. 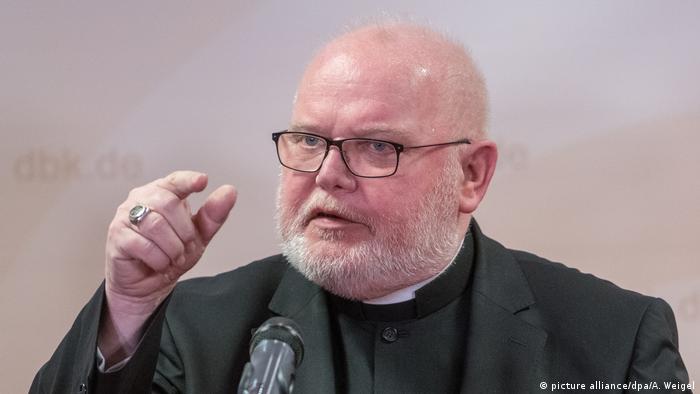 Did Marx not know, not suspect, that a priest accused of sexual abuse was living there?

DW has seen a letter from the Secular Institute of Schönstatt confirming that legal proceedings have been initiated in Germany over an instance of the sexual abuse of a child in care in the year 2004. The accused, who is in need of nursing care, lives in Schönstatt, where he is atoning for his sexual crimes in previous decades. Very few people are aware of the proceedings. One or two will talk about the "Schönstatt case."

Victims being heard only now

Francisco Jose Cox, who is Chilean by birth and now 84 years old, had an impressive ecclesiastical career. In his 40s he rose through the ranks in Rome, then Pope John Paul II sent him to the Chilean diocese of La Serena as coadjutor archbishop.

La Serena is one of the Chilean dioceses where sexual violence by priests against minors was widespread. Their misdeeds were also covered up. Many of the victims' statements are coming to light only now, as the Church in Chile is rocked by the abuse scandal and bishops tender their resignations. 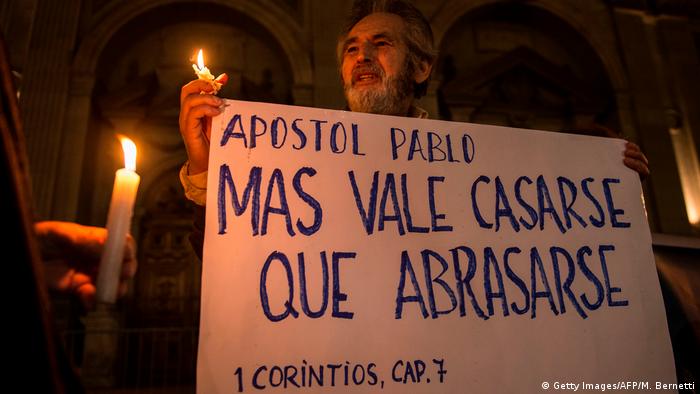 Hernan Godoy is one of these witnesses. According to Chilean media, he told the court in La Serena, which is investigating the cleric, that Cox used to play strange games with boys. He liked to take their fingers in his hands and squeeze them hard until they screamed. Perhaps it got him excited; anyway, he would keep squeezing.

Godoy, a former altar boy, is from the diocese of Chillan Viejo, where Cox was in charge. It's around 500 kilometers (311 miles) south of the capital, Santiago de Chile. "I was 13 years old at the time," he told the court in La Serena.

And the priest's strange behavior was not confined to holding the boys' hands. "One day I opened the door to his study and saw him kissing another boy. The boy had no T-shirt on, and Cox was touching him," said Godoy, according to the Chilean newspaper La Tercera. It was shocking, he said: "I played dumb and went home — not suspecting that the same thing would happen to me."

Now 46 years old, Herman Godoy is one of four witnesses whose testimonies have incriminated Cox. After leaving Chillan Viejo, Cox became archbishop, and from 1990 onwards was responsible for the diocese of La Serena. His pedophilic tendencies soon became apparent. 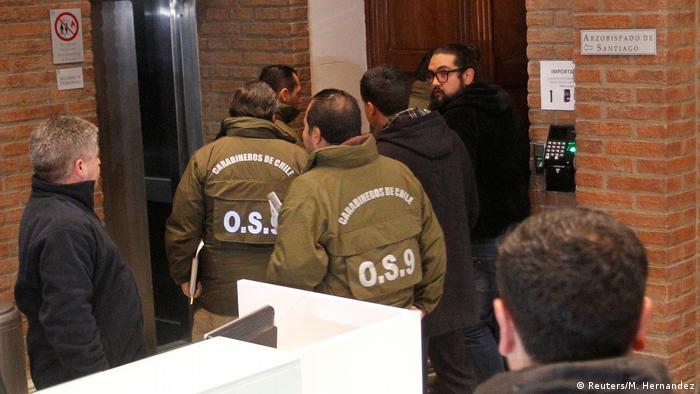 Chilean police have seized Church documents during their investigations

Another incriminating witness in the case, 49-year-old Abel Soto Flores, reports that the archbishop was able to pursue his inclination toward pedophilia unhindered. Soto also accuses Archbishop Bernardino Pinera Carvallo, Cox's predecessor in La Serena. He claims that Pinera Carvallo not only heard about Cox's activities — he also witnessed them directly.

These allegations are particularly piquant in that Pinera Carvallo — who at 103 is the oldest living bishop in the world — is the uncle of the current Chilean president, Sebastian Pinera.

The newspaper El Dinamo quotes Soto as saying: "I lived with Bernardino Pinera and Cox in the bishopric of La Serena. I ate with them every day. Pinera saw when Cox groped me and kissed me on the mouth." Cox did not go as far as to rape him, Soto says, "but it wasn't far off." Soto concedes that Pinera tried in various ways to prevent Cox from doing such things, but says his attempts were insufficiently forceful to stop Cox making the assaults.

"Pinera covered for him and protected him," Soto is quoted as saying.

The assaults were so numerous that they attracted attention, and news of them eventually reached Rome. Cox officially resigned from his office in April 1997. It is extremely unusual for a bishop to resign at the age of 63.

Five years later, the archbishop of Santiago de Chile, Cardinal Francisco Javier Errazuriz Ossa, admitted that Cox had resigned because of his sexual abuse of minors. He said that the Schönstatt priest had secluded himself of his own accord "to ask forgiveness for the mistakes he had committed."

Cox never officially returned to Chile. Instead, he moved to Germany — to Vallendar. It seems that at least one instance of sexual abuse took place there, in 2004, of a boy in care. However, unconfirmed Chilean sources have referred to other instances of abuse in Germany between 2004 and 2007 that resulted in an attempt to press charges in the United States.

The General Superior of the Schönstatt Movement, Juan Pablo Catoggio, told DW he had approached the judiciary of his own accord, and it had then launched the investigation. The Chilean Provincial Superior, Fernando Baeza, confirmed that legal proceedings had been instigated against Cox in Germany, and that he was being investigated concerning a case of abuse on German soil in 2004. The German public prosecutor's office in charge of the investigation and the bishopric of Trier both declined to comment on the proceedings. Under German law, after five years the abuse of a child in care is subject to the statute of limitations. 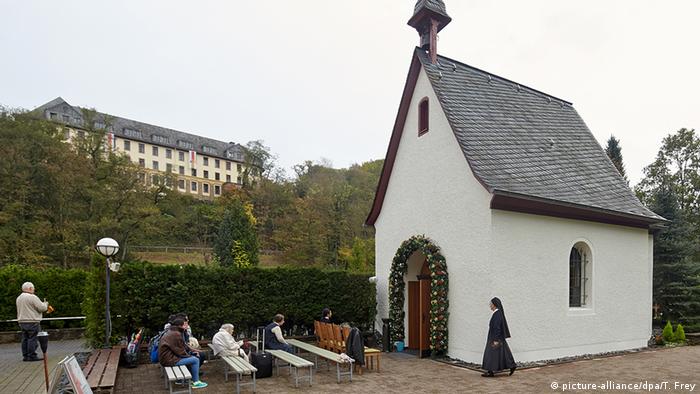 Schönstatt is the birthplace of a famous Church movement

Germany as a safe haven

It remains to be seen whether Pope Francis will dismiss Cox from the priesthood, as he has already done this year with a number of Latin American clerics. The accusations by the underage victims in Chile could have this effect. They now dare to describe their experiences; and now – unlike then, years ago – people are listening. Coincidentally, the Chilean president Sebastian Pinera will be in Berlin on October 10 to meet Chancellor Angela Merkel. Now they have another subject for their discussions.